When it’s time to ring in the new year, don’t be caught on your couch with no plans and nowhere to go. If you want to start 2023 in style, there are plenty of options for functions and fêtes across the state. Here are 10 great ways to spend New Year’s Eve in Alabama. 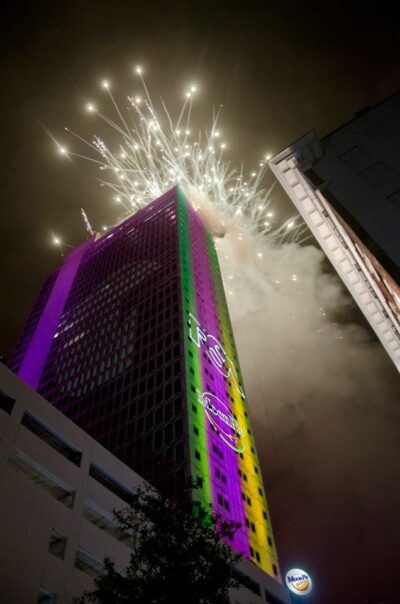 New York’s got their ball and Nashville’s got their music note, but neither has anything on Mobile’s giant Moon Pie. This year’s party kicks off with the opening of a resolution wall at 8 p.m. where you can leave your goals for 2022, followed by an interactive performance from the Port City Second Line, then the cutting of the world’s largest Moon Pie at 8:30 p.m. Live music from Levon Gray, Red Clay Strays, and Third Eye Blind will prep the crowd for the big event at midnight when a 600-pound electric Moon Pie will drop with fireworks and a laser light show as its backdrop.

For a classy evening, join the Alabama Symphony Orchestra for its annual New Year’s Eve concert. This year the performance will take place at UAB’s Alys Stephens Center, Jemison Concert Hall. Alongside favorites from Johann Strauss II—including waltzes, polkas, and marches—the symphony will also perform popular hits from around the world, as well as classics from the American songbook. The evening will end with a champagne toast.

Reflect on another year well spent at the Birmingham Museum of Art’s big bash. Don your best “creative cocktail” attire, and get ready to party until the wee hours of the morning. Tickets include five complimentary drink tickets, specialty curated hors d’oeuvres from Chef Tyler Lyne, live entertainment from DJ Gina T and To the 9s, plus special surprise experiences and tastings, and a midnight toast performance.

Head to one of Birmingham’s favorite cocktail bars for a night of glitz, glamor, and New Year’s Eve festivities. Juniper’s Gilded New Year’s will include appetizers, drink specials, a champagne toast, and a midnight brunch. Tickets are just $65 for a night of fun you won’t soon forget.

For a quiet but still festive New Year’s spent solely with those most important to you, book a room at Pursell Farms. Make your way to the farm and resort, where you can chow down on a four-course, prix-fixe dinner at on-site restaurant Arrington. From lobster pappardelle with tarragon cream sauce to filet with saffron risotto cake, you’ll be more than satisfied. Then, head to the pub for live music from We Are Wolves before a midnight fireworks show and champagne toast. 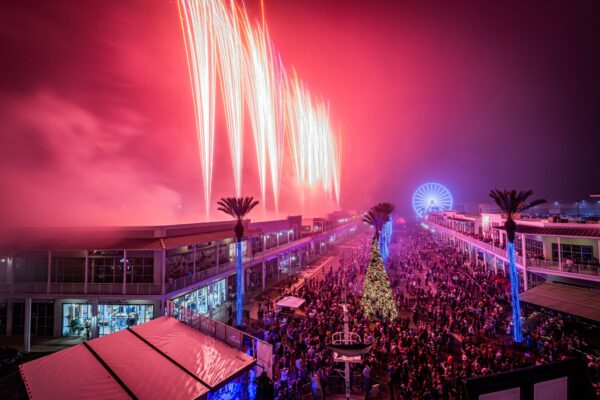 Fun for the whole family, the Wharf’s signature New Year’s event includes an action-packed evening of activities for people of all ages. Live music from 4 Barrel Funk and The Park Band will keep things festive from 6 p.m. until midnight when the famous marlin drop and fireworks will ring in the new year. Family friendly activities, as well as adults-only fun, will be available throughout the evening.

You can always count on this infamous dive bar for a good time, but New Year’s Eve is an especially great time for a night of raucous revelry. Live music will be rocking on all three stages, all night long. Ticket holders will also have access to an all-you-can-eat dinner buffet from 6 p.m. to 11 pm., a breakfast buffet that takes over at midnight, a champagne toast, and additional surprises throughout the night.

Spend New Year’s Eve in the home of everyone’s favorite baseball team, the Biscuits, at Montgomery’s Downtown New Year’s Eve Countdown. Gates open at 9 p.m., and the fun begins at 10 p.m. with live music from Federal Expressions. This family-friendly even will include cash bars, a midnight fireworks display, and confetti shower. Tickets are just $3 in advance or $5 at the door.

Send 2022 out with a bang with a multi-course dinner in the heart of downtown Montgomery. Snag a seat at Central and indulge in their signature dishes for just $60 per person. Live music from John Bull Band will play from 5 p.m. to 9 p.m., and you’ll finish up just in time to catch the fireworks show at Riverwalk Stadium.

The Live Five at the Von Braun Center (Huntsville)

Get five parties for the price of one at the Von Braun Center. Each of the center’s different rooms and performance spaces will feature a different music genre and theme. From trap and rap to reggae, pop, rock, hip-hop, and even karaoke, you’re guaranteed to have a great time and never get bored. Tickets are just $60 for all the fun and music you could possibly desire.