11 Oktoberfest events to attend in Alabama this fall 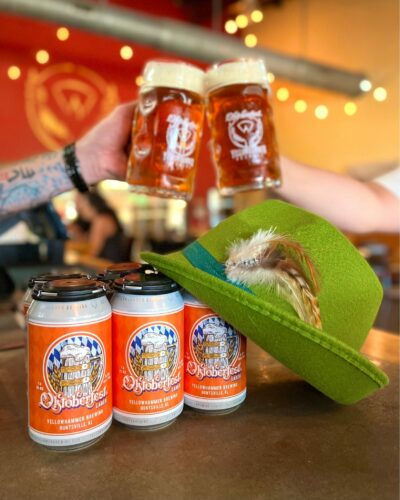 Oktoberfest has been many things over the years since the tradition began in Munich in the early 1800s.

It started as a two-week celebration of the October 12, 1810, marriage of the Bavarian crown prince and a princess from a nearby state. People had so much fun, especially at the post-wedding horse race, folks decided to do it again in 1811.

Oktoberfest officially became an annual festival in 1819, and has missed few years since. In many ways, it’s a super-charged version of typical modern fall festival, with more than 7 million visitors enjoying carnival-style rides, attractions, and signature foods like bratwurst and pork shanks.

But Oktoberfest stands alone for having an official beer, an amber-orange mid-strength lager named for the festival. To be served at the flagship fest, where 6.9 million liters are served annually, the Oktoberfest beer must be made right there in Munich.

Oktoberfest celebrations have spread throughout the world over the last two centuries, especially in places where German immigrants settled such as here in Cullman and St. Florian.

Traditionally, very little of the fest actually takes place in October. Remember the two-week party leading to the October 12 royal wedding that got the barrels rolling?

Modern fests in Munich roughly correspond with that schedule, only slightly earlier, starting in mid-September and ending after the first weekend in October. This year the city’s 187th Oktoberfest is September 13 through October 3.

That’s why the Oktoberfest-themed celebrations around Alabama listed below get started in September and reach a peak on October 1. Some are held by breweries that make their own fest-style brews. Some celebrate Germanic culture. Others follow the basic family-friendly fair template, with nary a beer in sight.

But don’t worry if you miss one of these events scheduled during the official Oktoberfest season. A couple of Bama fests listed below will follow over the next several weekends in October.

After all, the facts should never stand in the way of a good party. 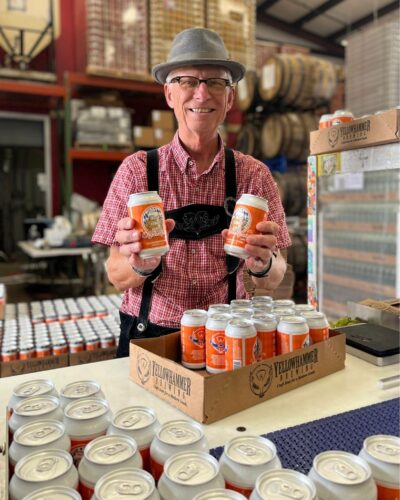 The 25th edition has a tiered ticket system for daily admission: $15 gets parking and access to the musical performances; for $25 add unlimited rides. Active-duty military get in free on Friday. Admission to the craft biergarten, with some 60 beers and ciders on tap, is $30 each day; the price includes a souvenir glass. Cash only.

The inaugural downtown merchant promotion includes musical performances, shopping, vendors, and food trucks. A beer-tasting bracelet and commemorative mug are $25. Run in a 5k race or make the Beer Run in the Square later in the afternoon. Watch community leaders square off in a pie-eating contest, or enter the cornhole tournament.

The first-ever Oktoberfest at Oyster City Brewing Company’s taproom in Mobile includes traditional festivities like the ceremonial tapping of three special beers, games like keg-tossing and stein-holding, as well as a costume contest.

Billed as Birmingham’s biggest Oktoberfest celebration, it marks the release of Cahaba Brewing’s Oktoberfest beer, slightly strong for the style at 6.9 percent with a balance of bready sweetness from German barley malts and the crisp bitterness of Hallertau hops. Music, including Huntsville’s Little German Band, plus food and a stein-hoisting contest round out the day. 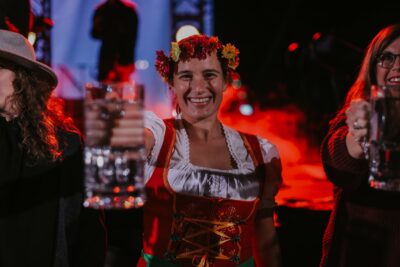 Beer, German music, AND wiener dog races! Don the lederhosen for the 41st celebration of Cullman’s heritage (it was founded in 1873 by German immigrant John Cullmann). For years, the food was more authentic than the fest itself, until beer sales started in 2011 after Cullman (the city) went wet. Past festivities have included bratwurst-eating contests, bed racing, and German car shows.

Another Alabama town founded by German immigrants in the 1870s (150 years ago, to be exact) St. Florian’s fest started at St. Michael’s Catholic Church and has since spread to the adjacent community park. Plans include a barbecue cook-off, food and crafts vendors, and a makeshift Beer Garden.

OWA’s Entertainment District becomes Bavarian for Oktoberfest, with German-style sausage dogs and giant pretzels for sale, and performances from the Bohemian-style polka band, The Brats. Four-person teams can sign up for a contest of Oktoberfest skills—big-stein hoisting, pretzel eating, thumb wrestling, and racing with full steins, all in costume—with an $800 top prize, gingerbread hearts, and a commemorative stein on the line.

Hosted by the city’s Chamber of Commerce, it hits all the highlights of a typical fall fair with arts and crafts, games, mechanical and pony rides, inflatables, a dog pageant, car show, musical entertainment, and food. 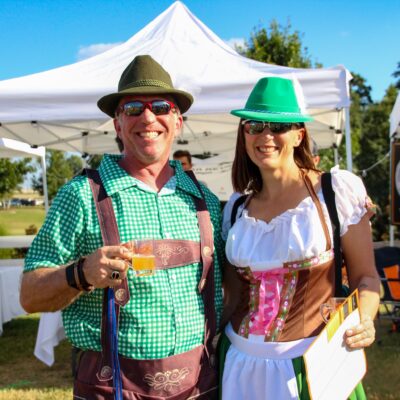 Look for lots of vendors, a car show, and family-friendly activities at the 42nd edition of this fall festival. Alexander City Oktoberfest is sponsored by the municipality’s parks and recreation department.

At “The South’s Favorite Craft Beer Festival,” dozens of commercial breweries from Alabama, across the United States, and in Europe—including Germany—will set up tents. Home brewers will be pouring, too. Fun includes stein-hoisting contests, wiener dog races, and a Mr. and Mrs. Oktoberfest pageant. Don’t worry: key football games will be streamed onsite. Multiple ticket packages are available.