15 Pride events to attend in Alabama this month 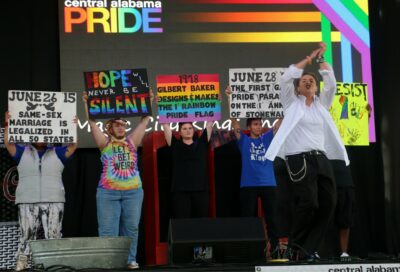 Each June, we celebrate Pride Month to commemorate those involved with the Stonewall Riots, celebrate the LGBTQ+ community, and promote equality and acceptance in our country. Throughout the month, organizations, groups, and communities in Alabama are hosting events to celebrate. From trivia nights to drag shows, here are 15 events to attend this month.

Head to Cathedral Square in downtown Mobile on Friday, June 10, for a special edition of LoDa ArtWalk that will highlight visual artists, musical performers, and local restaurants with a special focus on the LGBTQ+ community. The event kicks off at 6 p.m. and will also include a celebration of National Candy Month.

The official after party of the Pride Parade will be held at Saturn starting at 10:30 p.m. Tickets are $15 and VIP tables are $125. 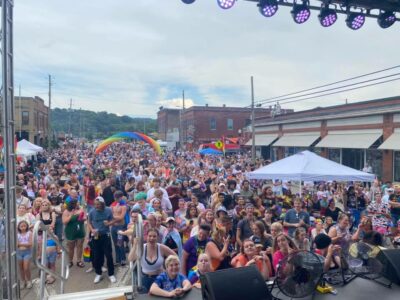 This daytime festival in Birmingham’s Linn Park will have fun and entertainment for the entire family kicking off at 11 a.m. The free event will feature vendors, food trucks, kids activities, local and national entertainment, and more.

Cap off another great day of Pride events at The Quest Club in Birmingham. Central Alabama Pride hosts the gathering beginning at 9 p.m.

Head to Robyn’s Garden Winery for an educational class and discussion on how to support the Pride community. LGBTQ+ individuals are invited to attend and share how important allies are to them.

Join Prism United Fairhope in bringing some color to Fairhope’s South Beach Park with sidewalk chalk messages promoting love, inclusivity, and pride. The community is invited to attend and add to the street art, then stay for awhile for an afternoon of entertainment, activity, and fellowship. 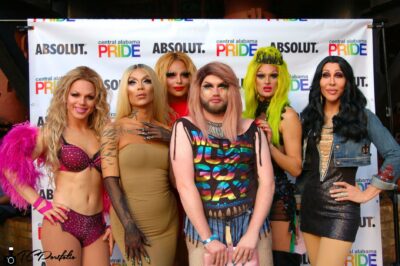 This free prom at Magic City Acceptance Center is open to LGBTQ+ and strongly allied youth ages 13–24. There will be music, dancing, and no dress code.

Rocket City Pride will host a skate night at Roller Time along with the Rocket City Roller Derby team. Come out for a night of skating, fun, and pride starting at 6 p.m.

Rocket City Pride’s annual benefit night will be an upscale event with live entertainment, a silent auction, and the release of Robyn’s Garden Winery’s official Rocket City Pride wine. The event begins at 7 p.m. at the winery.

Decatur’s only Pride event will be hosted by Urban Atlas at the Carnegie Visual Arts Center. Don your best disco attire, prom wear, or anything you’re comfortable in for a Let’s Groove Tonight party. There will be food, drinks, a DJ, and a photobooth. Tickets are $25.

Head to SideTracks Music Hall in Huntsville to cap off another successful year of Pride at a massive dance party featuring DJ Llisha.