6 food festivals to attend in the Birmingham area this fall 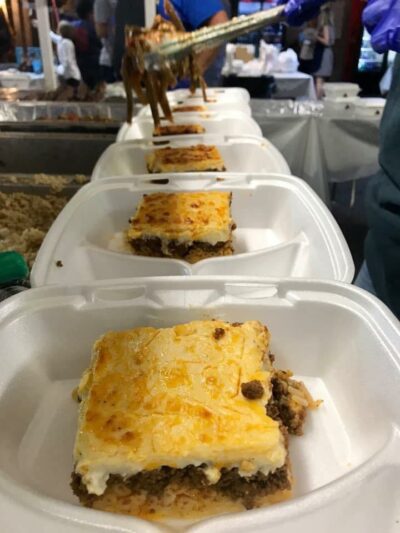 Birmingham’s demographics go way beyond Black and White, including the Lebanese, Greek, Italian and other European and Middle Eastern immigrants who settled during the city’s early years as a steel boom town, to more recent arrivals with Asian and Latin-American roots.

This colorful tapestry is reflected in several food and beverage festivals scheduled this fall in the greater Birmingham area.

One displays the diverse food, crafts, music, and dancing found throughout Central and South America—all in a downtown Birmingham park. Another pays homage to one of Alabama’s most beloved contributions to entertainment and gastronomy, fried green tomatoes. Another showcases all the different flavors that move in when a city like Hoover pops from 406 people to nearly 96,000 in a few decades.

Here’s how to eat, drink, and be merry globally in metro Birmingham this fall. Look for other roundups in SoulGrown of fall food and drink festivals in central/southern Alabama, coastal counties, and in the northern part of the state.

Baked kibbee (blend of spiced ground beef and bulgur wheat), baked chicken, falafel, and meat or spinach pies are on the menu for the 40th festival at St. George Melkite Greek Catholic Church. But the stars may be the Greek pastries like baklava, zalabieh doughnuts, mamoul cookies and the frozen dairy dessert booza. Online ordering, drive-through pickup, and downtown delivery ($75 minimum) are available. 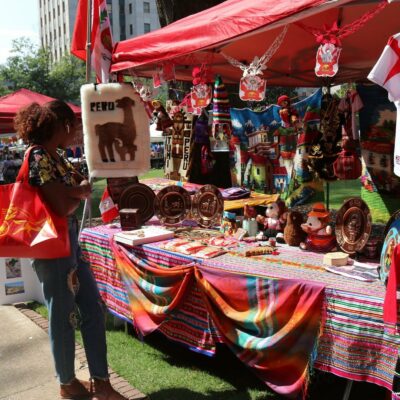 Celebrated since 2002, “Somos Familia (‘Feels like Family’)” is the theme at Fiesta this year, which celebrates the varied cultures of the Spanish-speaking Americas. Birmingham families originating from nearly two-dozen countries will share their food, music, art, and dance at historic Linn Park. Tickets and fees are $13.23 each (children 12 and under are free).

The 1987 Fannie Flagg novel, “Fried Green Tomatoes at the Whistle Stop Café,” and the subsequent Academy Award-nominated movie brought the tasty Southern treat to the world’s attention. Now in its 30th year, the Whistle Stop Festival is held blocks from the Irondale Café, which inspired the novel’s setting. Food, vendors and performers from dancers to DJs are just part of the Whistle Stop fun.

Birmingham’s neighbor to the south and Alabama’s sixth-largest city, Hoover is seeing independent restaurants gaining ground on the chains commonly found in the suburbs. Truly a garden party, the Taste of Hoover at Aldridge Gardens features nearly three-dozen restaurants and caterers (plus culinary students from Jefferson State Community College), craft beer, distilled spirits, wine, and non-alcoholic drinks. Make a reservation for admission: $45 for Aldridge Garden members and $50 for the general public (children 12 and under get in free).

One of Birmingham’s oldest and most popular festivals, the festival is held at Holy Trinity-Holy Cross Greek Orthodox Cathedral, which traces its roots to 1906. Up to 30,000 people will stop in or drive through for baked chicken, souvlakia, spanokopeta, dolmathes, gyros, pastries, and more. Many of Birmingham’s legendary restaurateurs are church members, and lend their expertise to the festival’s food preparation and service line. Music, dancers, vendors, and tours round out the 49-year-old cultural celebration. A portion of proceeds benefits Children’s of Alabama and The Ronald McDonald House Charities of Alabama.