6 new and upcoming spots in Trussville to check out 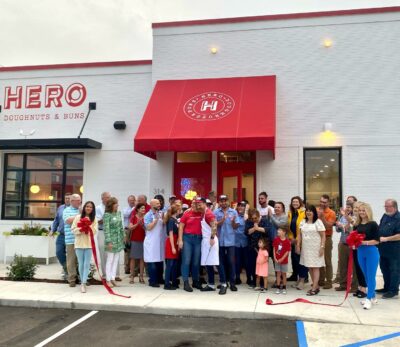 Trussville is one of Alabama’s newest hotspots for restaurants, breweries, and bars.

The city of roughly 26,000 that straddles the Jefferson-St. Clair county lines is building on the momentum from the two-year-old Trussville Entertainment District, a green space with a stage for outdoor performances surrounded by food and drink establishments, including Ferus Brewing’s flagship brewery and taproom.

The growth radiates from there, including expansions from established restaurant brands based in nearby Birmingham and Homewood, as well places opened by hometown entrepreneurs.

Here are a few new spots, and some coming attractions.

Wil Drake is the bard of brioche at Hero, which he started as a pop-up and before opening his original brick-and-mortar store in Homewood, and later expanding to Birmingham’s Parkside District (along with Atlanta and Charleston, South Carolina) as part of Birmingham restaurateur Nick Pihakis’ Pihakis Restaurant Group. The Trussville location opened in August. Doughnuts are just the beginning; Hero’s menu includes coffee drinks and breakfast and lunch plates. 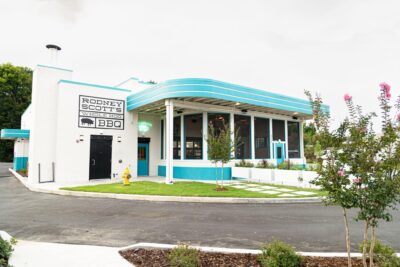 At their casual and family-friendly hangout, Misty and Jeremy Reeves serve upscale bar food, with both traditional and smoked wings and sandwiches like the Redneck Reuben (house-smoked beef brisket subs for the standard pastrami). Leading the burger lineup is the Trussvegas, dressed with cream cheese, jalapeño peppers, locally made strawberry pepper jelly, bacon, and onion straws. Viva! 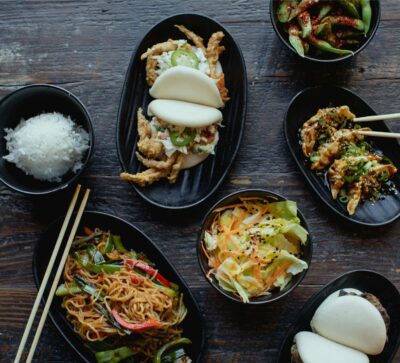 Another planned Entertainment District addition, this fast-casual eatery is a new concept from the people behind EastWest Kitchen and Bar in downtown Birmingham. EW Fans will find classics like West Wings and the Kobe Burger, as well as expanded filling options for the signature steamed bao buns. Rice bowls include orange beef, tempura-fried soft-shell crab or shrimp, teriyaki chicken, and a tofu-and-vegetables meat-free option.

Slated to open in early fall in the Trussville Entertainment District, Corbeau is a retail bottle shop and self-pour wine bar. Owned by sisters Elizabeth and Mary Martin (they married brothers), the bar will include 45 taps that dispense and tally portions. The company name is the French word for the sisters’ original surname, Crow. Simple snacks like meat-and-cheese boards, flatbreads, and panini are planned.