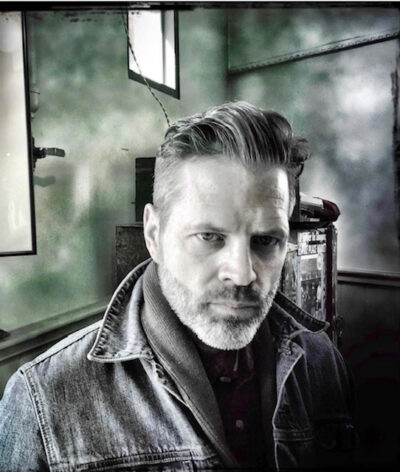 Politics and art don’t typically go hand in hand, but for Birmingham-based artist Kyle Rodgers, the two will forever be intertwined. The Charleston native discovered a passion for art during a decades-long career as a lobbyist where he traveled up to 300 days a year. During long and lonely business trips, he created constantly. Using an iPad app, he interpreted everything he saw, from people dining at coffee shops to folks waiting at airport terminals. He quickly found faces to be his forte and spent hours painting blues and jazz musicians, cowboys, and Native Americans. Though he certainly has his favorite subjects, Rodgers will paint just about anything that comes to his mind—and on any surface that he can get. During the pandemic, he painted an entire series of magazine covers on brown paper Trader Joe’s bags. “I just have to create,” he says. “If I’m out jogging, and I hear a song, I’m painting the song in my head.” Though Rodgers still works as the vice president of external affairs for Spire, he paints any chance he gets and is excited to get more of his work out in the world.

Tell us about your path to becoming an artist.

I’ve been compelled to create art in some form ever since I can remember. I moved to Washington, D.C. right out of college in 1989 to work for a congressman and enjoyed entertaining friends with political and satirical cartoons. Work eventually got in the way, and I found myself creating less. A few years after moving to D.C., I became a lobbyist and started traveling. Gradually a few trips a year turned into 300 days a year. About 15 years ago, while in the midst of this rigorous travel pace, I started drawing to pass the time on planes. I found myself drawn to art and visited art galleries all over the country whenever I would find a few spare hours on the road. One day in 2014, I was visiting a gallery in New Orleans. I asked the gentlemen working at the gallery if I could draw one of the paintings, not realizing I was asking the artist. He kindly permitted me to draw his work, after which we talked at length, and he encouraged me to take up painting. 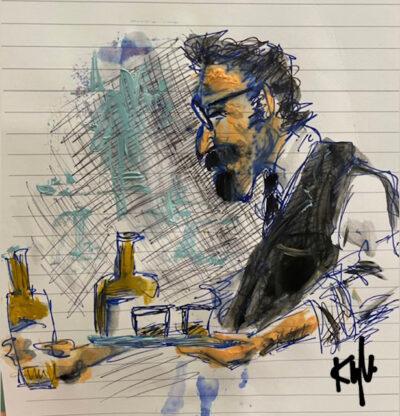 I returned to D.C. and began my very first painting. I completed about three or four over the next few months. A few months later, I returned to New Orleans for another work trip. Only this time, my life was forever changed. I suffered a grade three electrical block in my heart only hours after my arrival. After my health scare, I knew I had to make some changes. I dove into art (primarily drawing and painting) as a way to relax. Soon, I was actually painting on planes to de-stress during travel. I found myself making many friends on the road as I entertained passengers and crew with my art creations, often leaving my art with them as a parting gift. Before long, it became a passion.

Five years ago, I finally gave up the D.C. lobbyist job and all the stress that went with it to move to Birmingham. But I didn’t give up my love of creating art. I just kept on painting, refining my technique, and connecting with people as I let my soul speak through my creations.

How did you develop your style?

For years, I would sit through executive meetings, and to better comprehend, I would take my iPad and doodle or draw, so that’s really how I got into art. I found this thing called Sketchbook and you could take your finger and draw. I literally drew constantly. On a plane, I would sit down and just start drawing and people would be looking. I’d do a thousand drawings on a flight. 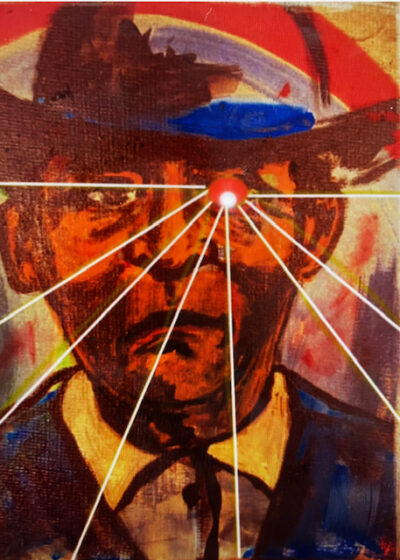 Shortly after my health scare, I went home for Christmas to Charleston, South Carolina and it snowed. We were blocked in for four days. My grandma had lived with my parents, and she painted. So over those four days, I used her paint to try painting a couple of paintings, and was whipping them out pretty fast. My dad said you should try to pursue this. The more I played around with it, the more I found that it was just calming. It became my thing. If I get mad, I could go doodle or paint.

What inspires your work?

I see art in the marble tile of a hotel shower, in the reflections of the sun on the pavement, in roots popping up from the dirt … literally everywhere. It is as if I am still a kid staring up at the clouds trying to find things. My favorite things to paint are people in scenery, still faces, and horses. But I’ll paint whatever comes to me. When I put the first mark of paint on a canvas, I just see something and off I go. Life is my inspiration. My memories are imprinted with the many people, faces and sceneries I have seen through my many years of travel. These memories and the experiences I collected along the way inspire the images I reflect in my art.

What do you love most about what you do? 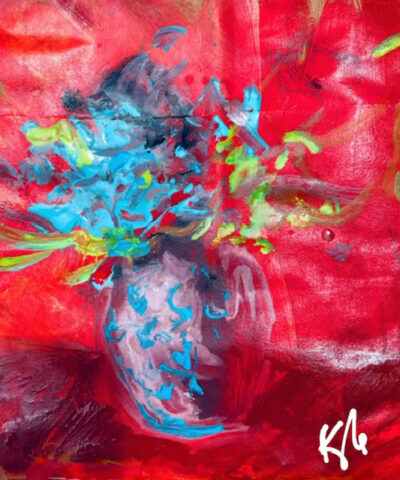 It’s just calming. I can do it for eight hours and never really get tired. I just really get into it. Hopefully, one day I’ll retire and have a building in the backyard and just paint every day for eight hours. I don’t really know what I would end up painting.  I’m always painting in my garage or in my driveway, trying to get it done really fast. One day, I’d love to have a gallery or studio that I could just go to and paint.

Do you have any goals for your future artistic endeavors?

If I can accomplish anything, it would be to be that guy that paints outside-the-box figures and faces and to have people have it as statement art in their house. I want someone to stop and say wow what’s the story behind that guy’s eyes?

Where can people see and buy your work?

I’m presently in the art gallery at Tricia’s Treasures antique store in Homewood and am featured as a live-speed painting artist during all of their parties and events. I have just recently gotten contacted by a gallery in Round Top, Texas and hope to be showing there soon. People can see examples of my work on my Instagram @obnoxiouslilshit.