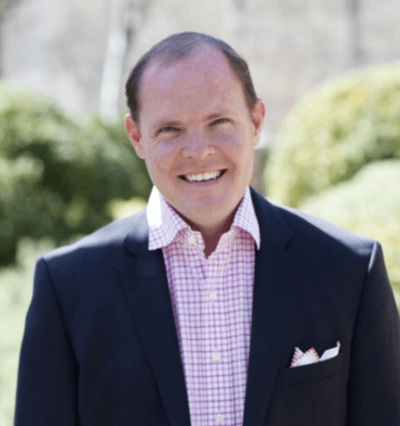 With summer nearly upon us, outdoor spaces are getting plenty of use. From dinner parties and backyard barbecues to quiet nights sipping a glass of wine while watching the fireflies, an outdoor living space is an important extension of a home. Garden designer Troy Rhone has been creating beautiful residential gardens and outdoor spaces for the past 25 years. Based in Birmingham, he’s designed gardens in 13 states, plus two countries, and recently opened a garden accessories retail store in Mountain Brook Village. We sat down with the celebrated designer to learn more about his work, what inspires him, and a couple tricks of his trade.

Can you tell us about your background? Where are you from and how did you get into garden design?

I’m from Birmingham. I thought that I was going to be a foreign missionary, but some health issues came up and I decided to go into horticulture at Auburn instead. I chose that thinking it would be a way to get into other countries, but I ended up having two open-heart surgeries in college and that kind of stopped me from going into rural places. Both sets of my grandparents were gardeners, so I think it’s just in my blood. My paternal grandfather, in particular, was a really big gardener and was into organic gardening before anybody else thought about it. He had a heated greenhouse and all. I started a design, build, and landscape company while I was in college—well, design only while I was in school, then we brought the build component in after I graduated.

How has Troy Rhone Garden Design grown over the years?

1997 is when I started the business in Auburn. I graduated at the end of 1998, and then in January of 1999, I incorporated and kind of made it legally official. We grew into a full-service company and had several crews and a fleet of vehicles, all that kind of stuff. After a while, I realized that I was really just running a company. All of my time was spent managing people, processes, and procedures, and I really wanted to get back to designing. I ended up selling that company and just started doing design. I wanted to get back to where my heart was, which was in designing things, so in 2013 I made the shift. 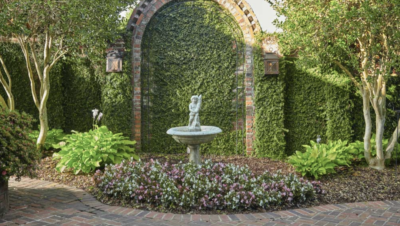 What is your general philosophy when designing a new garden for a client?

I strongly hold onto the saying that trendy is the last stage before tacky. Everything I do is more traditional, but it has to fit the architecture of the home. I lean more classical in my design, but I still think you can be classical even if you’re working with a mid-century modern house and it not look like it doesn’t belong together.

Do you have any quick tips for simple things people can do to create their own backyard oasis?

So, I think there’s two things if you want a quick, easy, low-maintenance scenario. I’m going to put my color in pots. You can get a huge bang without having to do a big bit. Then, I’m going to work with antique roses. They don’t require spraying and many of their varieties will bloom from now until Thanksgiving, so that’s a really long time with almost no work involved. For someone who’s just starting out and wants to add some color or add some interest, those two are great ways to do it. 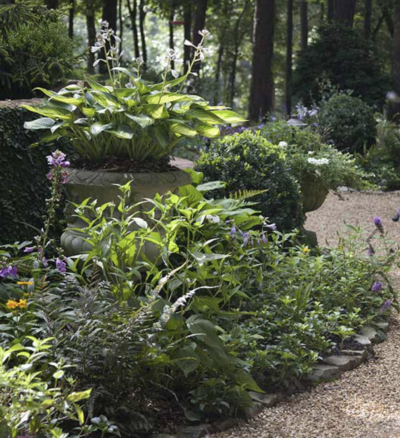 Do you have a personal favorite plant to incorporate into gardens?

A lot of people would say that boxwoods are my signature. I think it’s just a Southern plant that’s very green and pretty. It says a lot without saying anything. The boxwood lends itself to allow me to take more of a classical approach in design. They’re very traditional; they’re not trendy. I don’t think I have a favorite plant. I love all plants used in the right setting and in the right way. But I think boxwoods are definitely among my favorites.

What do you love about garden design?

It’s really a spiritual thing for me. Because I couldn’t become a foreign missionary, I still wanted to really help people see God. My design and kind of everything that we do is to try to allow God’s beauty to be shown and to create spaces where people feel the presence of God. We don’t really talk to people about what we’re doing, but that’s at the heart of what I’m doing. I hope that it’s kind of like what St. Francis said, “In all things preach the gospel, but only use words when necessary.” So, I hope that we’re preaching the gospel just through our actions and interactions with the clients without having to even say anything.