7 new and interesting restaurants to try during Birmingham Restaurant Week 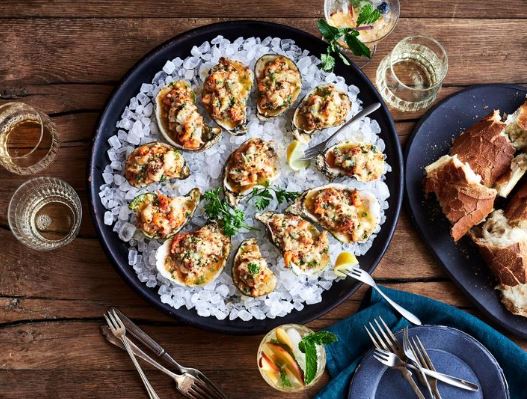 Prices for BRW specials, which run through Saturday, July 30, range from $5 to $50. Menus from nearly 40 restaurants and food trucks are listed on the BRW website. Some have multiple options or cover more than one meal—breakfast, lunch, and/or dinner. A few include select alcoholic libations.

Wine-O-Logy, a ticketed event that has become a festival favorite, is set for Tuesday, July 26 at the Birmingham Botanical Gardens. Tickets for the tasting with hors d’oeuvres are $25 in advance, with limited-quantity $30 passes at the door.

Now in its 13th year, this summer’s edition is slimmed-down compared to recent years, a reflection of the continued coronavirus-related struggles the industry faces including current supply and staffing shortages and rising costs. After a brief stint as an 18-day event, BRW is back to 10 days.

But this year’s participants cook up a rich array of cuisines, from Southern favorites like soul food and barbecue, to international options, health food, and fare from some of the Magic City’s finest restaurants. Food trucks are the corn-centric Aww Shucks, and Fat Charles BBQ.

Here are some suggestions for places to check out not only during Birmingham Restaurant Week, but also the other 51 weeks they’re serving up the food that maintains Birmingham’s place as a prominent landmark on the nation’s culinary map.

Located in the Titusville neighborhood, Audrey’s is open for breakfast and lunch Tuesdays through Thursdays, and Saturdays. BRW selections include two breakfasts ($10, $15), brunch ($20), and lunch ($15) options. Days start with egg dishes, chicken wings with waffles, catfish and grits, or shrimp and grits. Burgers and wings are on the special lunch menu. 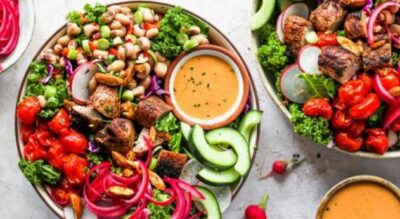 Who says healthy food can’t be tasty too? Blueroot, at the Market at Pepper Place complex, features organic, vegan, and vegetarian food in a fast-casual takeout setting. Three lunch options ($15–$20) are built around salad or grain bowls and “superfood snacks.” One meal choice adds curried tomato soup, and another locally-made kombucha.

This new restaurant on U.S. 31 is the latest in town that fuses east African and American favorites. Dinner choices ($25) include Kenyan samosas, beef or chicken pattie, and Kenyan sausages for a first course, and Suya Beef, Jollof rice, or Shrimp and Grits with sides for entrees. Main courses for lunch ($15) are more Americanized, like Smash Burger or wings.

Unique among the metro’s many Mexican restaurants, the emphasis is mainly on seafood at this sprawling eatery and club perched high above Green Springs Highway. Shrimp stars on the special dinner ($35) and lunch ($25) menus, filling empanadas and featuring in all three entrée options. Desserts include churros or other dessert (no shrimp in these), and at dinner a margarita or wine. 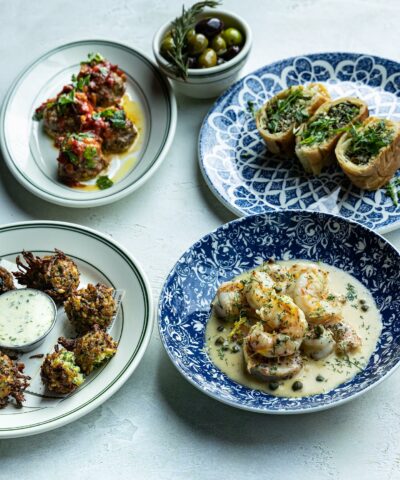 Nick Pihakis is a legendary Birmingham restauranteur, first at the barbecue chain named for himself and his father, Jim, and then as a franchiser helping build brands like Rodney Scott’s BBQ and Hero Doughnuts. Tasty Town is his newest concept, marrying Greek and Southern classics. Lunch and dinner (both $20) start with house made hummus and features meat and veggie sandwiches with mostly Greek sides like tabbouleh and lemon potatoes.

Yes, you’ll find Tex-Mex standards on the regular menu, but its specialty is Peruvian cuisine, which dominates the BRW special menu ($30 at lunch and dinner). Start with an adult beverage like a Passion Fruit Hurricane and dive into Peruvian favorites, Lomo Saltado (stir-fried steak) and Seco Combinado (beef stew), or Arroz Chaufa fried rice. Finish with dessert—sopapilla, flan, or passion fruit cheesecake.