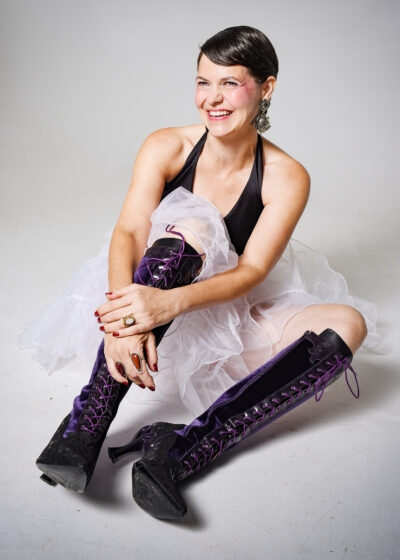 LeNell Camacho Santa Ana fell into the world of bartending by necessity, but discovered a passion instead. Her boutique liquor shop—LeNell’s Beverage Boutique—in Birmingham’s Norwood neighborhood has gained a staunch following from those looking for small-production brands of wine and spirits. But more than that, they’ve found expertise, integrity, charm, and humor in the woman behind the bar. We sat down with LeNell herself to learn more about how she got into the buzzy biz.

How did you originally get into the liquor business?

At age 21, I unexpectedly got custody of a 14-year-old sister.  Like many folks, I started working in the bar world as a second job for financial reasons because I needed extra cash to supplement our household. I was trained by an experienced bartender, but like many women at that time, I had to start as a cocktail server. The place I began working would not allow women behind the bar. I eventually bartended elsewhere a few nights a week to help support me and my sister. My day job was a meager income, even though I worked for a college with a college degree under my belt. After several years—and a master’s degree—I realized my true passion was working in the drinks business instead of administrative leadership. I had worked in educational administration for years but gave it all up. I moved to New York right before turning 30 to pursue my heart’s love of all things beverage. I am not just “interested in the liquor” business but am fascinated by all the ways that beverages—alcoholic and spirit-free—bring us together, celebrate community, and ground us in forms of ritual, whether it be serving a glass of Champagne or a cup of hot tea. My shop actually has the state’s biggest selection of spirit-free fun drink options for those opting to imbibe without alcohol.

What brought you to Birmingham?

I said I would never move back here. I grew up in Alabama and was in Birmingham for 10 years before moving to New York City. I left NYC in 2009 and owned a bar in Mexico for 2 years. I happened to find the property where the store is on Craigslist one night while curious about what was going on in Birmingham real estate. I flew back to check out Norwood and fell in love with all the lovely people in this historic neighborhood. I decided to invest in the area because I saw so many people coming together in Norwood to make this neighborhood their home. Black, brown, and white, youth and elder wisdom, gay and straight, people of varying religious beliefs—all doing their best to make Norwood a great place to live. 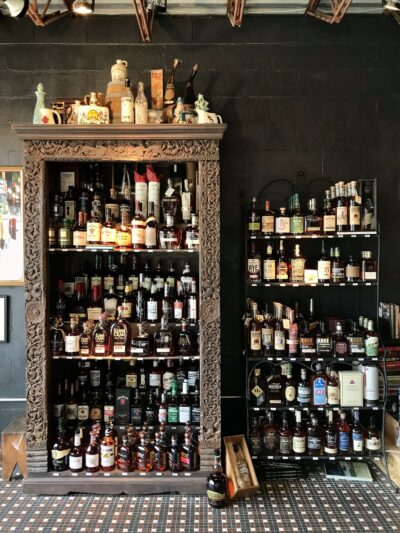 What plans do you have for LeNell’s? Will you develop the historic house next door?

I am preparing to launch my own label called Black Unicorn using John Lytle Wilson’s artwork. Black Unicorn will start with hand-picked single barrels of whiskey from craft distillers, those barrels will then be used to age beer, wine, and even finish coffee beans. A portion of the profits from this label will go to support my corporate charity TAKE Resource Center that supports the mental, spiritual, emotional, and physical needs of Black trans men and women in Birmingham.

What are your liquor preferences?

I enjoy all styles of spirits. People know me for American whiskey, and although I have made quite a following for my own brand of rye whiskey called Red Hook Rye, you will often find me drinking gin, Kleos mastiha Greek liqueur, or a glass of Champagne. There is a time and place for all things whether wine or whiskey.

What about cult-favorite Pappy Van Winkle?

I asked a mentor in my first job as a sales person in a retail wine and spirits store in NYC what his favorite bourbon was. He pointed to a bottle of Pappy 20. When I opened my own store, I later introduced myself to Julian Van Winkle, Pappy’s grandson, at a whiskey festival. We later became friends and have done events together. However, in the difficulties of a state like Alabama where the liquor is controlled by the government, I have never been able to stock a single bottle of Pappy 20. Julian texted me once and asked me if I had any of his whiskey and I sadly had to say that I did not. The ABC stores get most of it.

How do you connect with so many small suppliers and why? Diversity? New flavors?

When my store was open in NYC, I sought out small producers to stand out in the massive market that is New York. Over the years doing business there, I made deep friendships with many winemakers, distillers, importers, and distributors. I often say I am not selling bottles, I am selling stories—stories of real people, families, traditions alongside trailblazers. I love sharing personal connections that I have made with my customers for a much more intimate shopping experience.

Who dubbed you the First Lady of Liquor? How did it come about?

The only person that I know who has ever called me that is John T. Edge in his Garden & Gun article.