A homegrown comparison of Georgia and Alabama peaches

Once upon a time I was convinced Georgia peaches were the best in the world.

I lived in the heart of Georgia peach country for nearly 15 years—several of those included working in a newspaper bureau that covered Peach and Houston counties—and I adored the juicy sweetness of a tree-ripened Georgia peach.

Then I moved to Alabama.

Man, I quickly discovered, those peaches grown in Chilton County sure are good. I had a new best, my BOAT (best of all time) peach.

But how much of that is just falling in love with the latest fuzzy fruit in my life? Had the taste memory of my last Georgia peach faded enough to seal my current analysis? 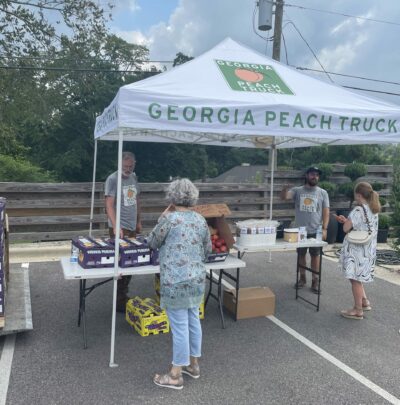 I’ve never had a chance to compare ultra-ripe Georgia and Alabama peaches side-by-side, until a refrigerated truck from Dickey Farms, Georgia’s oldest peach-packer, stopped by my neighborhood recently on its annual road trip from Florida to Maine, selling Georgia peaches.

I got a box, then dashed down the street to Murphree’s Market farm stand to buy some Chilton County peaches. Both would need a few days to finish ripening for the official taste test.

Then my family ate my homework.

So, I had to start all over with ripening the Alabama entrant to my study. Fortunately, Jack Deese, part of the Georgia Peach Truck crew on the road trip (yes, they really call it that) taught me a trick or two about keeping peaches in prime condition.

You see, even local peaches are picked a few days shy of ripeness and then chilled until they’re taken to market. Best practice is to let them sit on a counter at room temperature until they soften, usually within three days.

Any you don’t eat by then should go in the refrigerator, where they’ll stay good for another week. If you still have any peaches left after that, cut them up and put them in the freezer, where they’ll last a year. 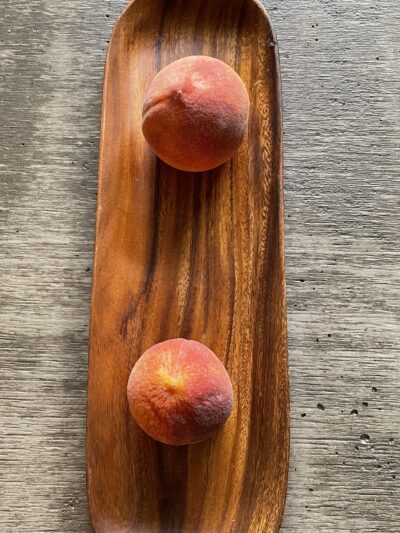 While my second purchase of Chiltons softened on the counter, I stored the Georgia peaches in my refrigerator’s crisper and warned the family about the dire consequences of eating the former instead of the latter.

When the Alabama peaches were finally ready, I sliced, peeled, and trimmed each for a taste test. My wife, Anna, is an Alabama native and we met while living and working in Georgia’s peach country; this was her first head-to-head peach-off, too.

Both tasted fairly similar to her. I found the Alabama peach slightly sweeter, but each also had a pleasant balance of tartness and was very, very juicy.

I’d call it a tie, except the tiebreaker in this case is the fact that, from May until mid-August, I can find Chilton County peaches at local farmers markets and stands.

The outcome of the taste test shouldn’t be a big surprise. Both are grown along the South’s peach belt, mostly along their respective states’ fall lines that mark what was the ocean coastline some 65 million to 250 million years ago. The sandy soil is prime for peaches. Both are from areas with peach-shaped water towers.

Farmers in both states plant roughly 20 varieties, which ripen at various times through the season—generally a new one every six days, Deese says. I got a mix of the Zee Lady, O’Henry, and Flame Prince varietals. 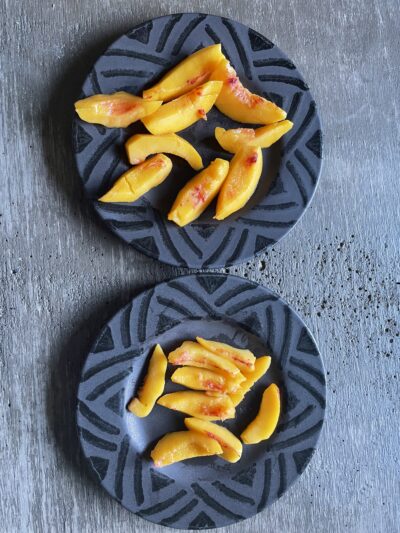 The first peaches harvested in both Alabama and Georgia are Clingstone varieties, which can be challenging to separate neatly from the pit. Easy-slicing Freestone peaches premiere around Father’s Day in both states.

That’s when the Georgia Peach Truck loads up at Dickey Farm and starts its road trip. This year was the first run to Alabama, but Deese anticipates it will become an annual twice-yearly sojourn.

OK then, why are those California peaches in local groceries so much less satisfying than the locally grown ones that farmers sell? Deese explains.

“We hear the same thing over and over: ‘I just bought peaches at a grocery store and they were terrible,’” he says. “Typically, they’ve been mishandled. They are left in the refrigerator for too long and then they warm up on the display and what’s left goes back in the refrigerator. That back and forth is where some of the mealiness comes in.”