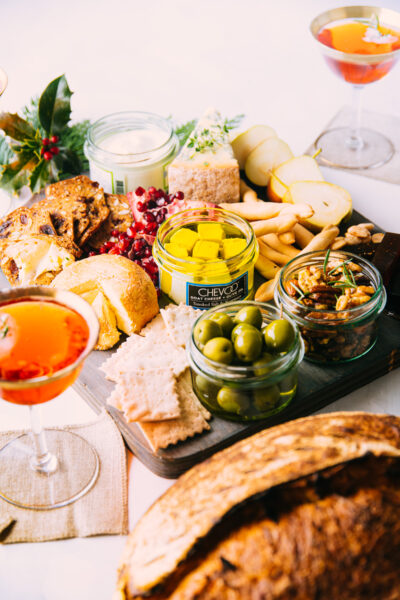 It’s a new dawn at Belle Chevre, which has been making nationally- and internationally-recognized artisanal goat cheese in north Alabama for three decades.

Founded in 2015 and originally made in northern California wine country, CHEVOO became a cult classic among cheese aficionados but fell casualty to the pandemic economy and shut down in early 2022.

McDonald purchased the brand and the company’s equipment in June, moving its production to Belle Chevre’s home base in Limestone County.

CHEVOO—the name is an amalgam of the French word for goat cheese, chevre, and the popular acronym for extra-virgin olive oil—is a product with a pedigree. It won a gold medal in its category on November 2 at the 2022-2023 World Cheese Awards in Scotland. CHEVOO also has won multiple awards from the American Cheese Society.

It’s made by blending herbs, truffle, and even pollen into goat cheese. The cheese is cubed and jarred in premium olive oil that’s been infused with herbs.

Using oil to extend the shelf life of cheeses is popular along the Mediterranean. But CHEVOO’s roots are in Australia, where a similarly-made brand, Meredith Dairy, is distributed nationally. After moving to California, Australian ex-pats Gerard and Susan Tuck founded CHEVOO in 2015 to recreate that taste from home. 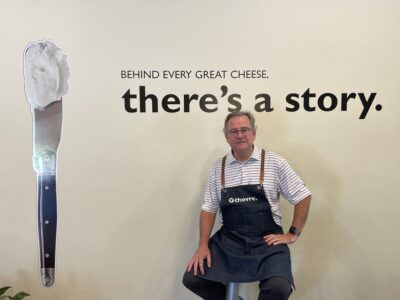 Sold in four-ounce jars, CHEVOO is popular on composed cheese and charcuterie boards. Its website even includes how-to articles and videos.

The cheese can be used to top salads, bread, and crackers. The flavorful oil can be used in a vinaigrette or as a drizzle over roasted vegetables.

The brand was a natural addition to the small-batch products made at Belle Chevre’s Elkmont facility. The fromagerie was founded in 1989 by Liz Parnell, who partnered with a Limestone County goat dairy to produce logs of soft chevre. Before long, they were sold in some of the nation’s finest cheese shops.

Flash-forward nearly two decades when Tasia Malakasis, who grew up in Huntsville but was then a student at the Culinary Institute of America, came across some Belle Chevre in a Manhattan cheese shop. Intrigued by its quality and provenance, Malakasis moved back home, apprenticed with Parnell, and then bought Belle Chevre in 2007.

About 4,000 cheeses from more than 40 countries were entered into this year’s world awards, which is organized by the Guild of Fine Foods.

“Each year we are impressed by the increased level of competition at this highly regarded contest,” McDonald says in a news release. “We are very proud of both our CHEVOO and Belle Chevre cheesemaking teams for their skill, know-how, and commitment to producing such high-quality cheeses.”