Cooking started during the summer for the spanaokopitas, baklava, and other Hellenic treats that will be served at the 48th Greek Food Festival, held Oct. 14-16 at the Holy Trinity-Holy Cross Greek Orthodox Cathedral. Some 30,000 are expected to attend over the three days.

The celebration includes tours of the cathedral, a Mediterranean marketplace, and Greek music and dancing. 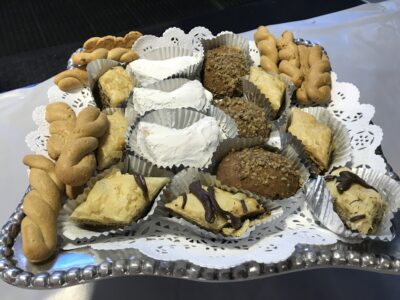 While the Greek fest might be one of Alabama’s darlings, it surely isn’t the only food festival worthy of a taste this fall.

Here are other food-related festivals set for October:

When you see Bucky, the legume-green mascot with a toothy smile, you know you’re at the Alabama Butterbean Festival. Held on Pinson’s Main Steet, the event coincides with the C&M Entertainment Carnival. Festivities include food, entertainment, arts and crafts, and Friday-night fireworks. It wasn’t too long ago that the Alabama Butterbean Festival took turns with a Macedonian church earning the Guinness World Record for world’s largest pot of baked beans. In 2012, the latter’s nearly 1,500-gallon batch bested Alabama’s previous record of over 1,000 gallons.

In one corner, Huntsville-area food trailers! And in another corner, food trucks! This summer’s ongoing battle of all-star kitchens on wheels wraps up this month at Big Spring Park. Food trailers dish it out on October 1, and food trucks will try to prove their cuisine reigns supreme on October 15. With roughly a dozen choices each night, there’s something cooking for everyone. The event by the nonprofit Downtown Huntsville is free. 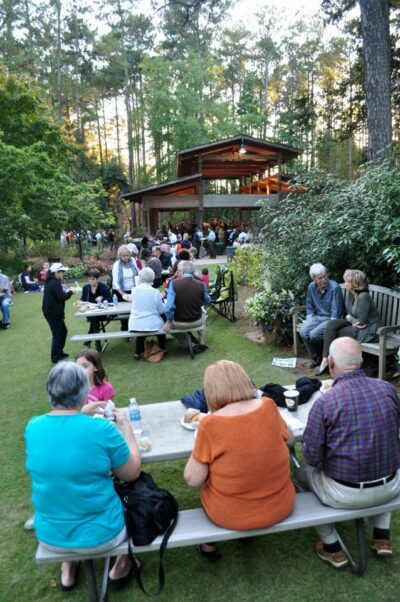 Smoke the competition with your ribs and chicken, or sample backyard ’cue before voting for the best in this cook-off, sanctioned by the Kansas City Barbeque Society and the Alabama Barbecue Association. Teams compete in individual categories and for People’s Choice and Judge’s Choice awards in meat, dessert, and decoration. Held in Scottsboro’s Downtown Square, festivities include a Barq-off dog parade, pumpkin decorating contest, costume contest, car show, cornhole tournament, and a beer and wine garden. Don’t miss the Witches Ride, which features candy-tossing bike riders dressed as witches.

Get spooky at this three-course dinner from 5 p.m. to 9 p.m. at Corbin Farms winery and event space in Calera. Costumes are optional, but a fun choice for sitting down to main courses of French Onion Chicken Breast, Short Rib Ragu, or Pumpkin Lasagna. The meal starts with a salad and ends with Pecan Pie Cobbler with vanilla ice cream. Tickets are $70 for two diners and a drink ticket each. Additional beverages may be purchased. Tickets do not include tax or tip. It’s so scary, it’s open only to people 21 and older.