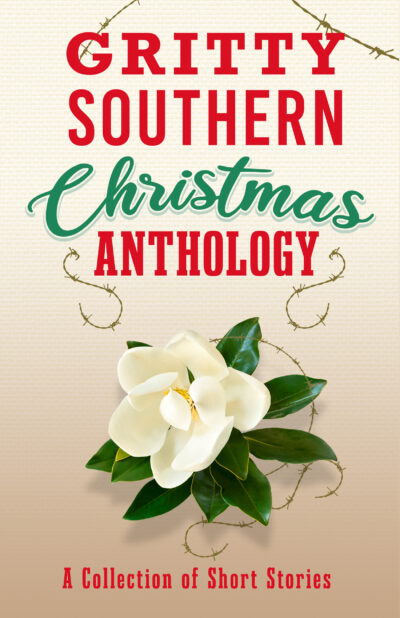 A new book from Gritty South, an imprint of Bluewater Publications, aims to remove the rose-tinted lenses and cut the sugar-plum sweetness often associated with holiday stories, and instead replace them with true-life tales of what it means to celebrate the season in the South. “Gritty Southern Christmas Anthology,” out now, is a collection of short stories from 16 Southern authors telling the authentic story of Christmas in the South.

Angela Broyles, who founded Bluewater Publications in Lauderdale County in 2000, said launching Gritty South as an imprint of Bluewater was a natural step after working with so many talented Southern writers over the years. She said she got the idea for the anthology from her own personal experience.

“Like many, looking at my world from the outside it might have seemed perfect,” she says. “But when I was 25, a dear part of my life went home on Saturday after Thanksgiving and buckled to depression on Sunday. I tried to compensate for the Thanksgiving holiday as our children grew up and left home. I escaped to the beach for many of these painful holidays. In time, there were three things I learned. I was not the only one hurting over holidays; it’s almost an epidemic if you talk to people; and the holidays are a hard time of year for many for numerous reasons.”

Knowing how easily connection and community are forged through storytelling, Broyles decided the best way to help others like herself who were struggling through the season would be through the sharing of stories. Even if they weren’t happy, or pleasant, or particularly festive, they were just as important to be told and to be heard. “Gritty Southern Christmas” was the result.

“Southern writers understand the pains of the South,” she says. “We have a culture, people, and communities only Southern people really understand.”

The book opens with a poem from Alabama Poet Laureate Ashley M. Jones, who is the first person of color, as well as the youngest poet, to hold the post in its 91-year history. Her contribution, “Magic City Gospel” tells the story of her parents’ commitment to instilling Black pride in her and her siblings in every facet of their lives growing up.

“Jesus was Black, Barbies were Black, and even Santa Claus became Black when my dad painted a Santa decoration brown,” Jones remembers. “We still have that Santa, actually. I really wanted to remember those beautiful and impactful memories created by my parents not just at holidays, but always. And I wanted to encourage other parents or children to be confident in their own unique way of celebrating Christmas. There’s no wrong way!”

For Jones, whose work seeks to illuminate the realities of the Southern experience—both the good and bad, past and present—telling a story about a “gritty” Southern Christmas was a natural fit.

“We aren’t all smooth as butter and perfectly smiling and singing ‘Sweet Home Alabama,’” she says. “There are so many experiences, my own included, that are often forgotten or glossed over when we speak about the South or about Southern literature. A ‘gritty’ South is one which seeks to see all.”

The book is anchored by outgoing Alabama Poet Laureate Jennifer Horne, who served the state from 2017-2021. Horne, who has been writing since she could “put words on lined paper” said she loves being included in anthologies because it gives the feeling of working toward something larger than oneself—and in this case, within the region she calls home.

Her contribution to the book, a short story called “Halfway to Nashville,” had its beginnings years back while she was on a road trip to the Music City. She set the idea, which explores what it’s like to be an empty nester during the holidays, aside for a while, then revisited it upon being asked to submit to the collection. Her interpretation of a “gritty” Southern Christmas centers around the idea of conflict.

“I immediately saw the value in an anthology that acknowledged that Christmas is a conflicted time for many people, when the expectations of the ‘perfect Christmas’ make people feel as though they’ve somehow fallen short in decorations or gifts or warm family moments,” Horne says. “I think of ‘gritty’ as opposed to ‘smooth’ or ‘slick’—stories that address the harder moments many encounter in this season, but that also help us see our way through them.”

“Gritty Southern Christmas Anthology” is out now in paperback for $14.95 and as an e-book for $2.99. It is sold on Amazon, as well as at local and national bookstores throughout the state.