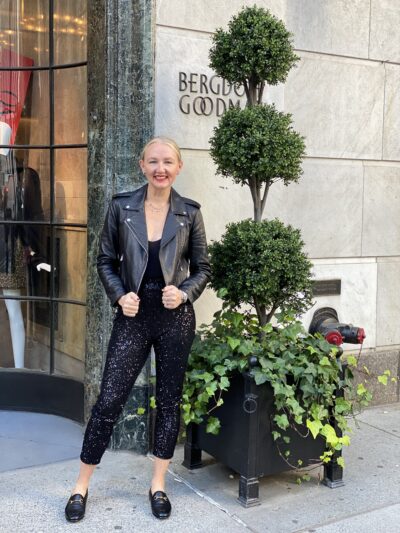 Wedding dress designer Heidi Elnora is no stranger to the spotlight. The Alabama native got her first taste of fame as a contestant on reality television show Project Runway in 2005. Nine years later, she starred in her own show called Bride by Design on TLC. This month, after years designing for the wedding industry with her Heidi Elnora Atelier in downtown Birmingham and Build-A-Bride sister shops, she reached another milestone in her incredible journey. On October 1, Elnora debuted a fifteenth anniversary collection at legendary department store Bergdorf Goodman in New York City.

“Seeing my dresses in Bergdorf Goodman was a dream come true,” Elnora says. “It has been a career bucket list item of mine to have one of my wedding dresses on display there—even if just for one day—and to have just finished a two-day trunk show at the Bergdorf Bridal Salon still feels surreal.”

Elnora describes the collection of 13-15 pieces as reflective, refined, and resilient. She says each dress in the collection has its own “spirit,” and they were all produced using fabrics from around the world and showcasing handsewn couture finishing. Unexpected elements include hand-strung beaded fringe, subtle pops of color, and velvet ribbons.

“This collection is the first time in my wedding dress design career that I didn’t worry about what would sell,” Elnora says. “I just designed what was in my heart and what felt like ‘me.’” 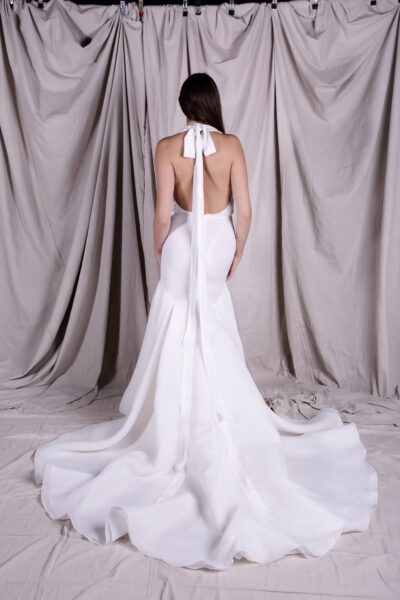 The opportunity to bring a sampling of her Alabama roots to the Big Apple came about through a connection Elnora made at her alma mater, The Savannah College of Art and Design (SCAD). While serving as a mentor to fashion students at the college, she met and developed a friendship with Bergdorf’s men’s fashion director Bruce Pask. When he inquired about Elnora showing a collection at the iconic store, the answer was obvious.

Ever one to stay busy, Elnora is also preparing to expand her reach in her home state. In addition to her Atelier in Birmingham and Build-A-Bride locations in Birmingham and Auburn, Elnora plans to open her third Build-A-Bride in downtown Huntsville this November. The Build-A-Bride collection is all about clean, classic silhouettes that brides can personalize to their style and budget with a smart selection of add-ons like skirt overlays, belts, detachable sleeves, shawls, cover-ups, and more.

“I believe I helped pioneer a rebirth of this street, which is now filled with restaurants, shops, offices, condos, and the Kelly Hotel, which opens up next door to me this month,” Elnora says. “That cobblestone street is now one of the busiest and most sought-after in downtown, and I am so honored and grateful to have a piece of it. It is so important to me to add to the revitalization of downtown Huntsville like I did here in Birmingham.”

While this fall is certainly a momentous time for Elnora, she isn’t showing signs of slowing down anytime soon. She says her collection at Bergdorf’s was the last thing on her bucket list, so she’s excited to begin dreaming of new goals to achieve. What else can we look forward to soon? Elnora plans to launch occasion dresses and short wedding dresses as part of her Atelier collection in the coming months.