When you’ve been around for well over a century, a 32-year-old tradition might seem triflingly short.

But the annual multi-day culinary affair, “A Night in New Orleans,” is a big deal at The Bright Star restaurant in Bessemer, which was founded in 1907 and has been run by the Koikos family for 96 years.

The tradition dates to 1989, when the late Jimmy Koikos started inviting prominent New Orleans chefs to spend a few days at The Bright Star as guest cooks.

This year’s “A Night in New Orleans” features Chef Tom Robey, a veteran of the famed Big Easy restaurant Commander’s Palace and currently executive chef at Palmettos on the Bayou in Slidell, Louisiana. This will be his third time cooking at The Bright Star’s event.

Robey, it turns out, assisted the late Commanders’ chef Jamie Shannon for several years at early New Orleans nights at The Bright Star, which led to work as an executive chef at the Veranda on Highland (now closed) in Birmingham from 2007–2012.

The Bright Star specializes in pristine seafood from the Gulf of Mexico, steaks, and farm-fresh vegetables. Its seafood gumbo and meaty fried snapper throats are legendary. 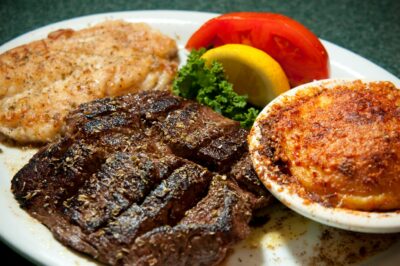 Steak and Snapper (The Bright Star/Facebook)

The Bessemer institution could be viewed as a history museum that doubles as a busy 330-seat restaurant. A mural still displayed in a dining room was painted in 1915, the year The Bright Star moved into its current location. Photos and memorabilia abound. Legendary Alabama football coach Paul “Bear” Bryant had a private booth. Current head coach Nick Saban has one, too.

In 2010, the James Beard Foundation honored The Bright Star as an “American Classic,” the food world’s version of a lifetime achievement award.

Founded by Tom Bonduras, the restaurant provided the first local jobs to many relatives who immigrated from Greece, including brothers Pete and Bill Koikos. They became co-owners when Bonduras, their great-uncle, returned home in 1925. 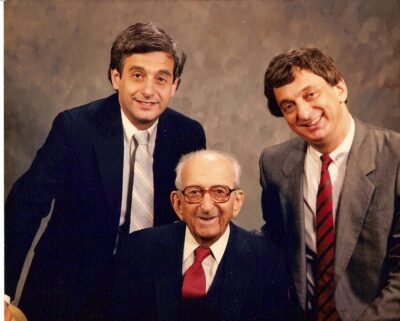 Bill’s Bessemer-born sons—Jimmy and Nicky Koikos—took the reins in the 1960s, becoming the faces that longtime fans still associate with the culinary titan. A third generation of the family now is in charge.

At its heart, The Bright Star is a story of immigrant success. Born in the Greek village of Peleta, Bonduras and the elder Koikos brothers joined a wave of newcomers seeking work in the then-booming steel cities of Birmingham and Bessemer.

Throughout the 1900s, immigrants from Peleta and from a circle of nearby Greek villages became successful restaurateurs in greater Birmingham. They specialized in serving all-American local favorites—barbecue, hot dogs, meat-and-three plates, steaks, and seafood—with Greek nuances. 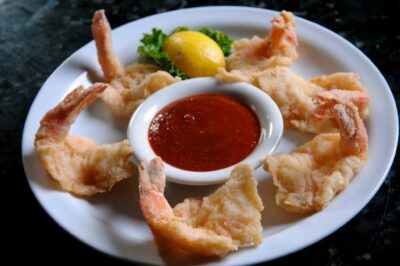 Red snapper at The Bright Star may be ordered fried, broiled, blackened, or almondine-style. But the Greek Snapper, seasoned with oregano and bathed in lemon juice before it’s cooked in olive oil, is the most popular at the restaurant.