“Be a Blessing Birmingham” provides aid to those experiencing homelessness 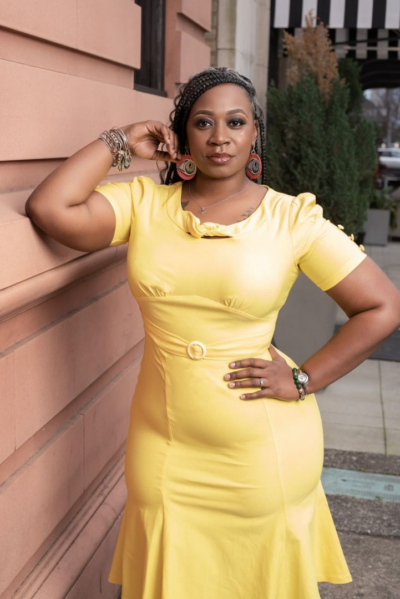 Erica Robbins has always had a heart for people, but it wasn’t until 2013 when she moved to downtown Birmingham that her passion for helping others hit a fever pitch. Robbins’ new home overlooked the highway. Over time, she noticed the same man sitting under the bridge each day.

“Something led me to check on him,” she recalls. “It turned out this man under the bridge served in the military, was married, and had children. He told me he had PTSD and did not like being confined to small spaces. He was only comfortable with the outdoors, and right at that moment I started referring to him as my neighbor.”

Inspired by her new neighbor, Robbins began volunteering at homeless shelters. But after serving at the city’s shelters for two years, she still felt she could be doing more. That’s when she began reaching out to friends and family members on social media asking for donations of hygiene items. After collecting enough items, she’d drive around the city looking for homeless neighbors who could use the aid. Her efforts were the beginnings of Be a Blessing Birmingham, a nonprofit she founded in 2015 with a mission to bring awareness and support to the city’s homeless population.

“I wanted to be a blessing to those around me and show our homeless neighbors that they are not alone,” she says. “We are all a family and should stick together.”

For the past five years, Be a Blessing Birmingham has hosted Blessing Days for the city’s homeless community on the third Saturday of each month. Volunteers set up at Linn Park and hand out packed bags that include a hygiene kit, two rolls of toilet paper, a pair of socks, and bottled water. Individuals also receive breakfast, clothing, a pair of shoes, and seasonally appropriate items that can help them remain comfortable in the weather.

Items are donated at Be a Blessing drop-off locations throughout the city like Yellowhammer Creative and Bizarre the Coffee Bar downtown, as well as Calera Orthodontics, 31 Escape in Fultondale, and Roo’s Place in Mt. Olive. First Commercial Synovus Bank locations also serve as drop-off spots. Monetary donations that go toward purchasing additional supplies can be made through Be a Blessing’s website.

“My goal is to bridge the gap between our homeless neighbors and the general population,” Robbins says. “It is all about joining something bigger than yourself.”

Robbins says she’s proud of how much Be a Blessing has been able to accomplish over the years but would love to see the organization expand and serve those in need outside the city, too.

Currently, Be a Blessing is gearing up to give even more this holiday season with two special events, a Black Tie Gala fundraiser on December 4 featuring live entertainment, food, and drinks, and a Christmas Blessing Day on December 18. Tickets to the gala are $100, and all proceeds from the event will go toward helping homeless neighbors in need. The organization is also collecting gift items for men and women and seeking volunteers in advance of their holiday blessing day.

Outside of helping those in need, Robbins says Be a Blessing is also a blessing to those who donate and volunteer, as well as the community as a whole.

“We are transforming lives daily,” she says. “Volunteering gives us a sense of purpose and gives us a chance to connect with the community. There’s nothing more fulfilling than seeing someone’s face light up when they are giving back to the community in a positive way.”