How Big Beach Brewing made an impact on Gulf Shores 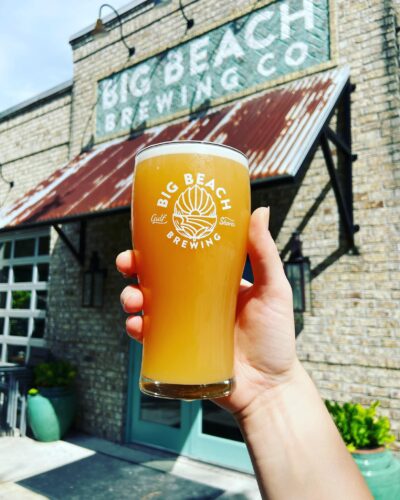 It’s been a momentous six years since Big Beach Brewing Company in Gulf Shores opened its retractable doors to the public and pulled the first beer from its distinctive hand-blown glass tap handles.

Envisioned as a small neighborhood pub, Big Beach instead blossomed into a mid-sized, family-friendly 12-tap microbrewery and music venue where head brewer Rod Murray cooks up 310-gallon batches, mostly ales, for a growing mix of tourists and locals.

Murray also specializes in German-style beers such as Big Beach’s Surrender Cobra Schwarzbier, a dark, malty lager that won first place or the style in the World Beer Championships in May.

Alabama’s southernmost brewery has had success in state brewing competitions since opening in October 2016. But winning the international contest for the German-style Schwarzbier category put the proverbial feather in Murray’s Tyrolean hat.

“That’s a big deal,” says Julie Shamburger, who founded Big Beach with her husband (and recently retired dentist), Jim. “It was a crazy thing that this little brewery in south Alabama won something at that level.”

With son Ryan running daily operations, the Shamburgers—“It’s pretty much ‘S’ with ‘hamburger,’” Julie jovially says when asked to confirm the spelling—strive to create a comfortable setting inspired by neighborhood pubs they’d visited in Europe.

“Our goal is to have people sit down and talk to each other,” Julie says. “We joke it’s a place for important and unimportant conversation, to come sit and chew the fat.” 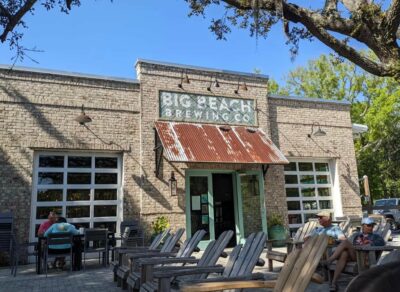 Garage doors that open send Gulf breezes through the taproom. Ryan owns a food truck with a constantly changing menu, The Gnarwhal, which is open at the brewery Thursdays through Sundays. Children have an area to play. Dogs are welcome at the outside seating.

“Because we live in a beautiful place we wanted to capture as much of the outdoors as we could,” Julie says. “It also creates a sense of community. You can come, bring your kids, bring grandma—it’s multi-generational.”

Jim, Julie, Ryan and his sister, Millie, already were craft beer fans when Millie bought her dad a beginner’s beer-making kit for Christmas about 15 years ago. An inveterate tinkerer, Jim quickly put his chemistry background and basic curiosity to work, learning how to make beer from scratch (think of it as preparing homemade soup versus canned).

Believing the Gulf Shores area needed its own brewery—the nearest then was in Fairhope—Jim and Julie decided to turn his hobby into a business. “I got tired of brewing equipment in my bathtubs and in my pool,” Julie quips.

The original plan was for Jim to make the beer and Julie to run the front of the house. But a health scare led the couple to alter plans, ultimately deciding to bring in a brewer.

Murray happened to stop by one day, wondering if the Shamburgers wanted someone to help brew. Hiring him turned out to be a big factor in Big Beach’s success.

“He is magic,” Julie says. “He comes with lots of experience and is super-talented. It’s funny how the universe turns around and gives you what you need. It brought Rod to us.” 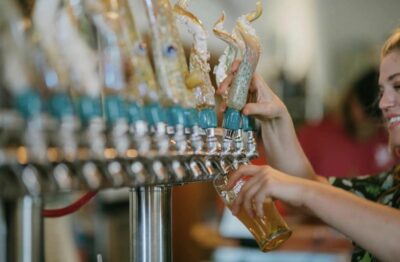 Beer lines run directly from the finishing tank to the taps to keep the brew as pristine as possible. “Every time you transfer beer it alters its qualities,” Julia says. “This way we bring the freshest beer to the public.”

Six years in, the Shamburgers are considering an expansion to meet the growing demand for Big Beach beers.

“It’s just taken off with the support of the community,” Julie says. “It started as a small business model, and it’s evolved into a good-sized brewery. We’ve been so fortunate.”