Ten years ago, Birmingham native Daroneshia Duncan-Boyd had a conversation at a dining table and unknowingly built a community that would go on to positively impact the lives of hundreds in Alabama. “Being a Black trans woman, I’ve experienced a lot of hardship in Birmingham,” Duncan-Boyd says. “I just really had no place to receive services or resources, so I created TAKE as a peer group to hear the voices of other Black trans women.”

TAKE stands for Transgender Advocates Knowledgeable Empowering, and over the past 10 years Executive Director Duncan-Boyd has made it her mission to empower trans women of color. In addition to advocating for trans-related issues and creating a supportive community, TAKE also offer resources and services like crisis assistance, counseling, art therapy, life coaching, legal services, and a drop-in center.

“It’s a holistic resource center,” Duncan-Boyd says. “We provide things from a drop-in safe space to therapeutic social groups. We have a boutique that has clothes, binders, personal hygiene products. We do healing and empowerment retreats. Wherever that person is at in life, we try to meet their needs or refer them out for additional resources.” 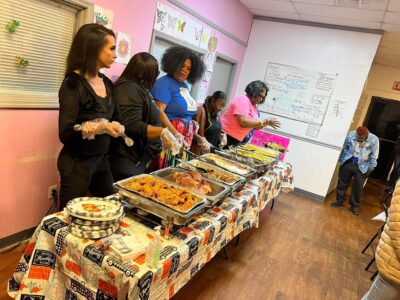 Though TAKE’s physical location is in Birmingham, they’ve helped trans women from all over the state. Currently they have more than 150 open cases of people in the community who have been touched by TAKE in one way or another. Over the years, TAKE has continued to grow and create new ways to serve the trans community. Two years ago, they expanded their reach with a transgender men support group called Black Knights. They also founded the Monica Roberts Freedom School, a personal and leadership development program for black trans women that includes an eight-month online course, followed by an in-person educational empowerment and healing retreat.

As a nonprofit, TAKE is funded by a mix of donations and fundraising. Duncan-Boyd says that as an organization run solely by Black transgender women, TAKE doesn’t necessarily always get the support they desire. “We continue to fight every day and be optimistic that folks will see the good in the work that we’re doing and that they’ll know that trans folks are citizens of Alabama and citizens of Birmingham and are deserving.” 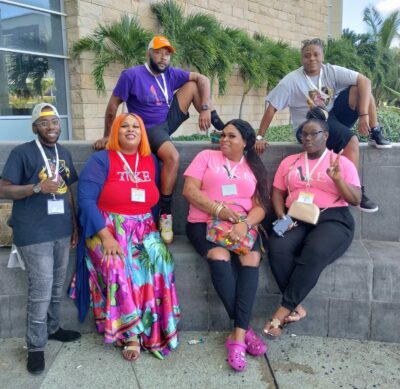 To celebrate their 10-year anniversary in April, Duncan-Boyd says TAKE is planning a fundraising campaign where they’ll try to get 100 people to donate $1,000 in 100 days. The campaign kicked off this month. She says she hopes with the money raised, TAKE will be able to continue its important work and hire more professional staff to help with trans community members struggling with their mental health.

“It has brought me so much joy to be able to see that this service is not in vain,” she says. “It’s actually helping community members to get from point 0 to 0.5 and beyond. It’s giving our community a voice, so we have a presence in Birmingham. And not just Birmingham but the whole state of Alabama. With all the hate and the anti-trans bills trying to be passed here in Alabama, we’re here to show that we’re not standing for that hate and we’ll support our people at any cost.”