Bread and cheese have been paired since, well bread and cheese first met. But the grilled cheese sandwiches we enjoy today — two slices of buttered bread griddled or pan-fried with sliced cheese in the middle — evolved over time, fully taking shape only in the 1960s.

For those celebrating National Grilled Cheese Day on April 12, here’s a bit of history and some creative versions served around Alabama.

The next step was the introduction of easy-melting Kraft Singles pre-sliced cheese in 1949. But it would be another two decades before people regularly added a second slice of bread to the sandwich, and cookbooks began referring to them as “grilled cheese.”

American cheese remains the top choice for many making them at home. But any melting cheese works. Gourmet takes today combine several cheeses, include meat, or dab on sauces.

Here are the 8 best grilled cheeses in Alabama: 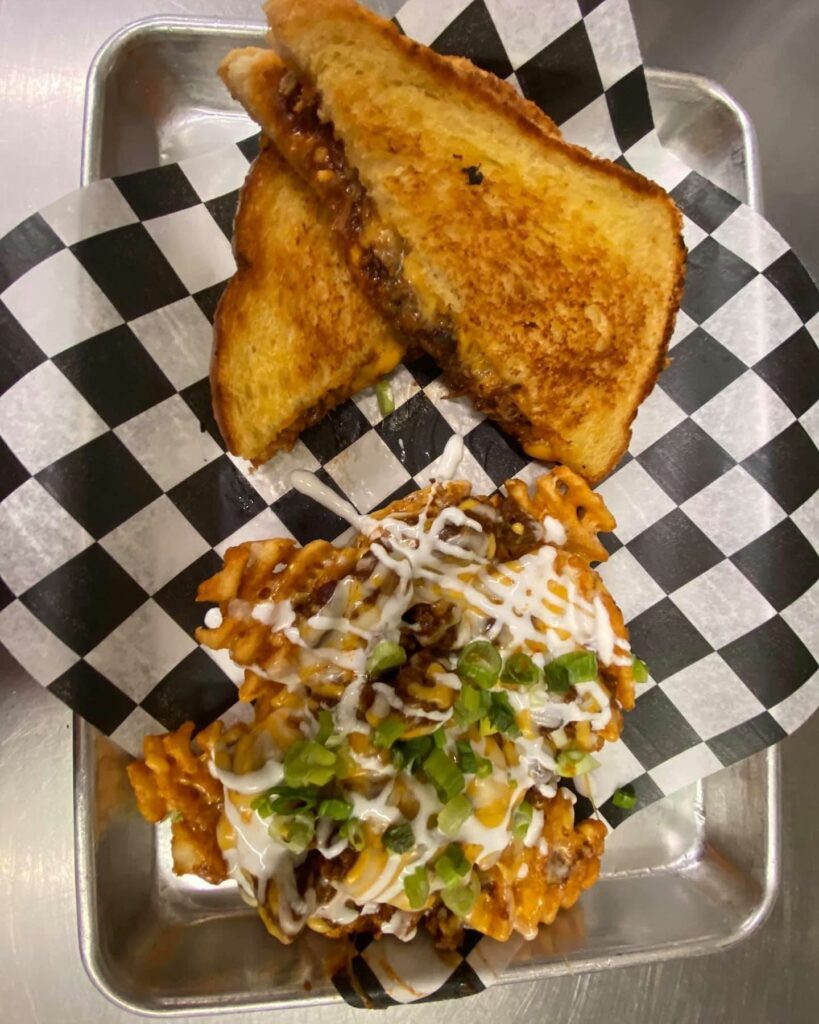 A quartet of cheeses meld together in the grilled cheese sandwich at this sports bar and playhouse in Anniston that boasts a half-dozen pool tables and another six electronic dart boards. Or gild the lily with its Pulled Pork Grilled Cheese Sandwich. 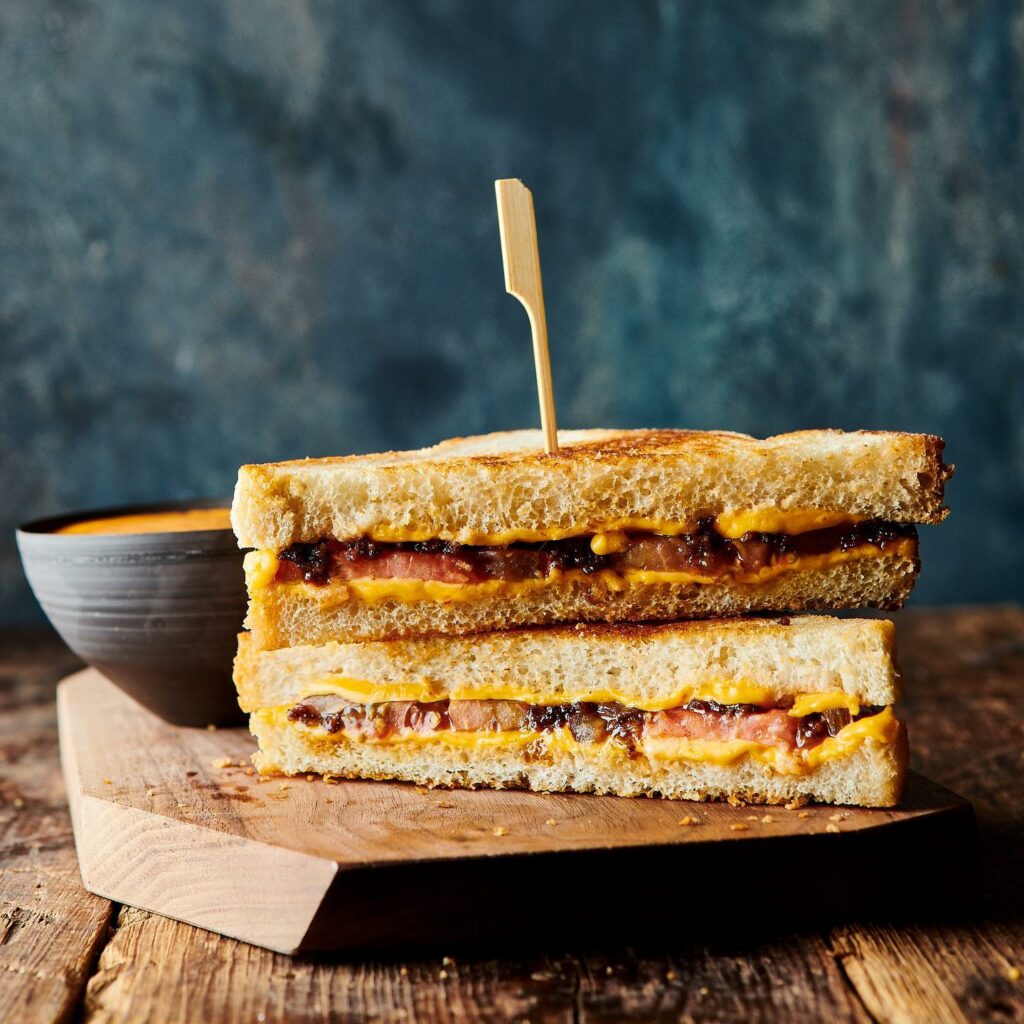 Named for the Southern-focused magazine based in Charleston, S.C., the lunchtime “Garden and Gun” Grilled Cheese starts with American cheese and beer-leavened bread then adds bacon marmalade and vine-ripe hot-house tomato. Acre serves it with soup in a crock. 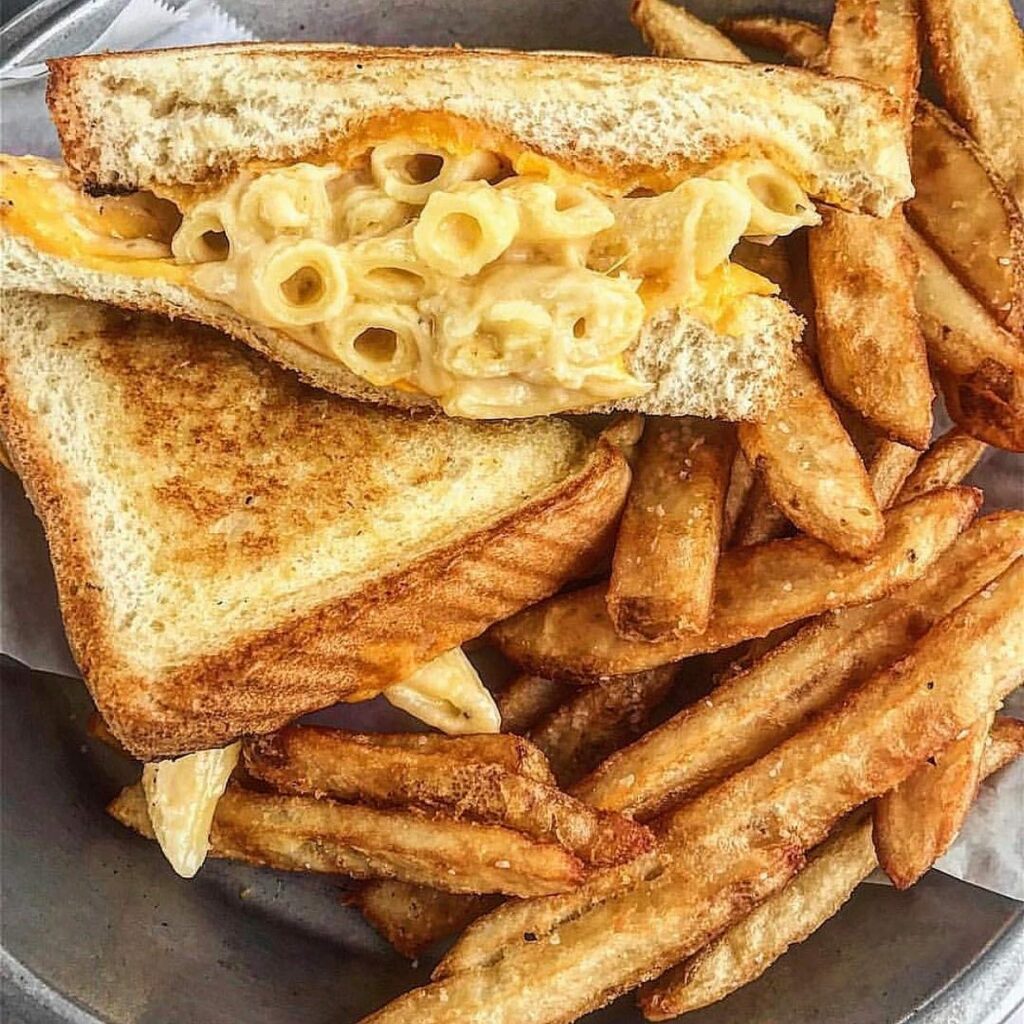 MELT started in 2013 as a food truck, riffing variations on the basic grilled cheese before opening a brick-and-mortar restaurant in Birmingham and later expanding to Hoover and Huntsville. The Classic Melt Grilled Cheese combines American, cheddar and Monterrey Jack on Texas toast. Two cheesy favorites partner up in the grilled Mac Melt, filled with macaroni and cheese. 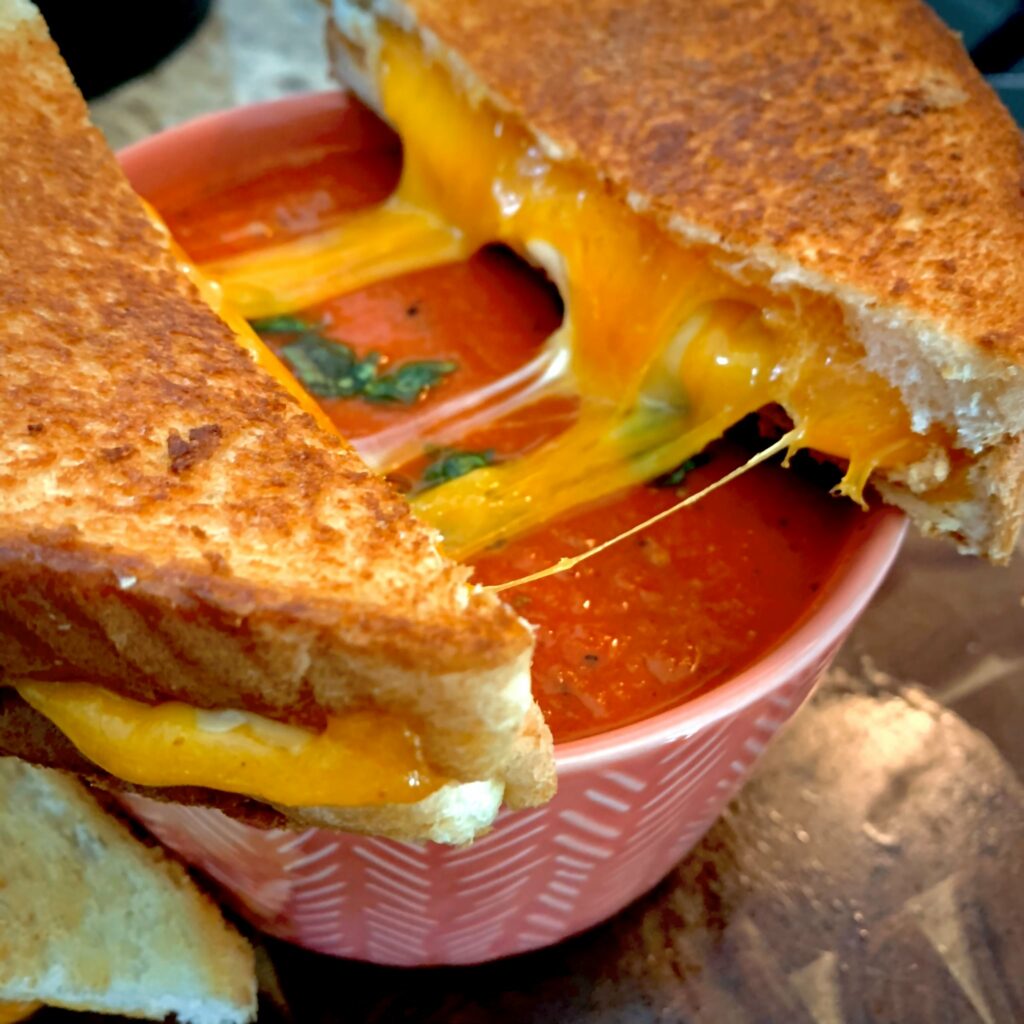 Open since 2019, grilled cheeses at Cheesy Bob are griddled on cast iron. This funky outpost near the University of North Alabama boasts eight variations made on either house-baked sourdough bread or Texas toast, with a variety of cheeses (American, cheddar, pepper jack, fontina, Romano, provolone, or mozzarella) and gourmet touches like ham, barbecued pork, apricot, or pepper jelly. 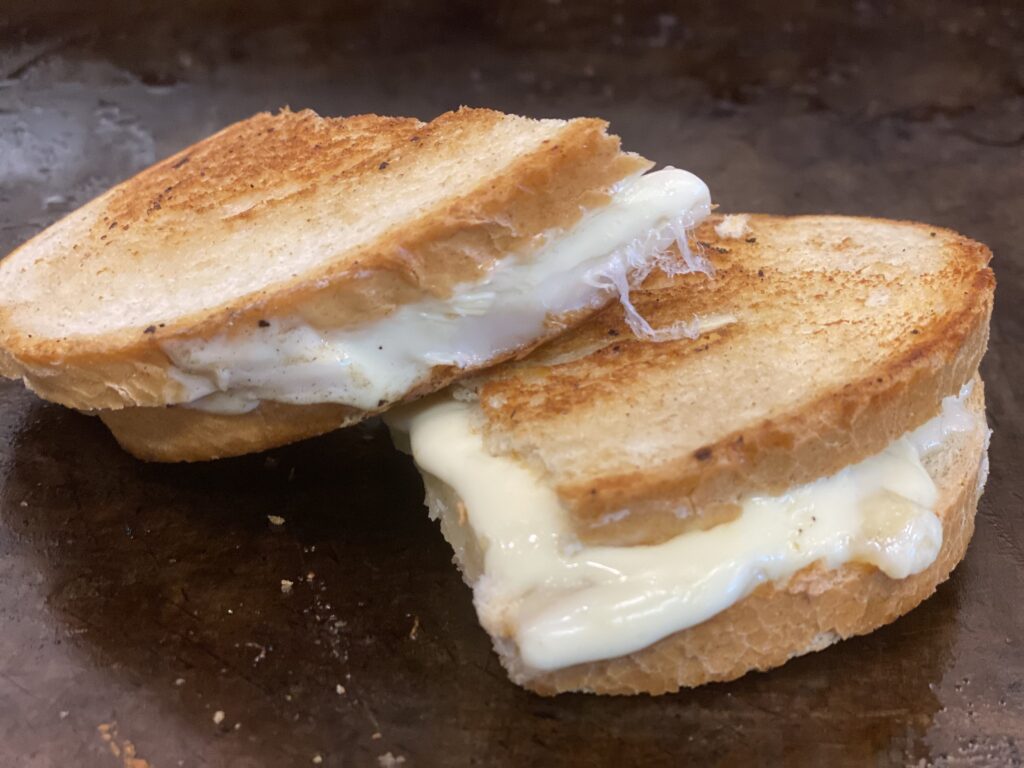 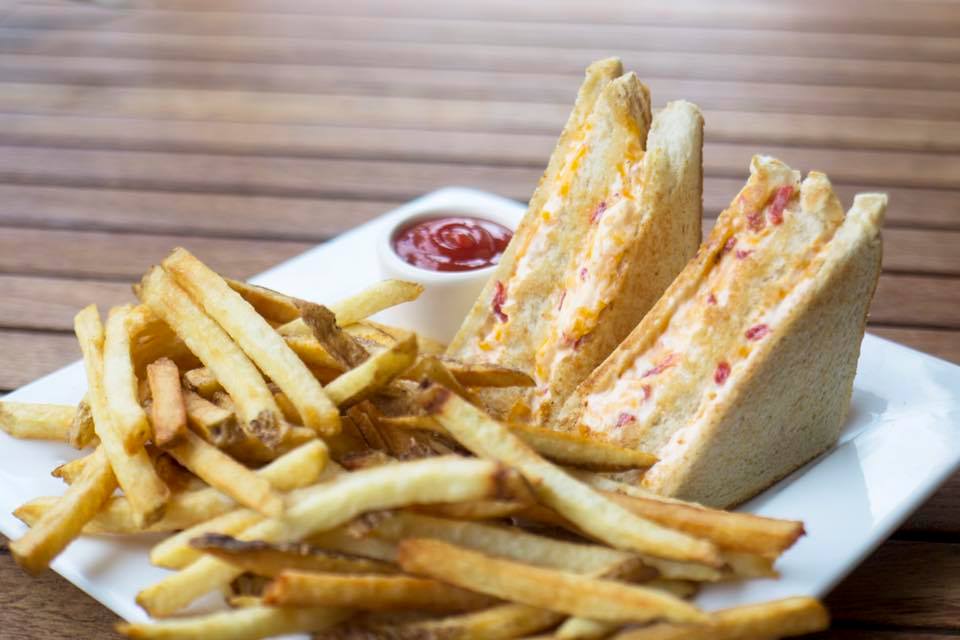 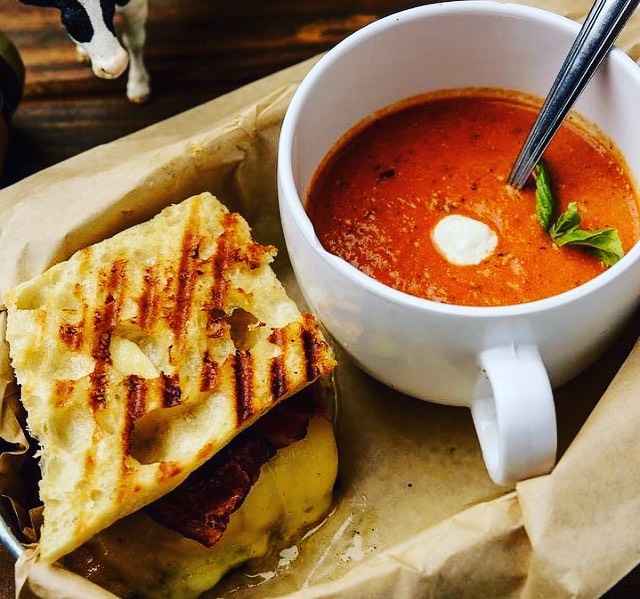 With that name, you expect a great grilled cheese. Or two. Or three. The basic is smoked gouda on white bread. The Ultimate Four Cheese Baguette Sandwich melts white cheddar, smoked gouda, Swiss and provolone cheeses with bacon and jalapeño jam between toasted French bread. The third has pimento, aged gouda, and Alabama-made goat cheeses with bacon and onion jam on sourdough. 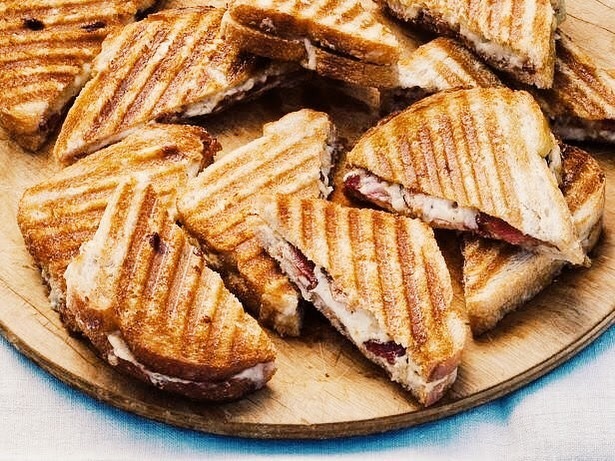 Even the Classic at this food truck pushes grilled cheese into new territory, spiking muenster cheese on white bread with chipotle sauce. The Party Animal adds Buffalo chicken dip. Its other gourmet grilled cheeses pile in pulled barbecued pork; pizza fixings including marinara and pepperoni; chicken, bacon and ranch sauce; or bacon with mac and cheese.