Don’t let the kids have all the fun this Halloween. If you’re looking for a not-so-kid-friendly way to get your thrills this October, there’s no shortage of options for ways to catch a fright in Alabama. From themed horror houses to scary movie screenings and haunted history tours, here’s your guide to goosebump chasing in the Heart of Dixie. 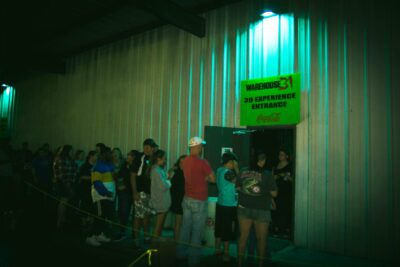 Nothing screams Halloween like, well, you at a haunted house. With 50,000 square feet of scare, Atrox Factory in Leeds is the largest indoor haunted attraction in the southeast. In nearby Pelham, Warehouse 31 features the “Rigamortis” haunted warehouse, plus a 3D Experience. For a truly horrifying themed experience, head to Arx Mortis in Killen, Alabama, where you’ll follow a deranged doctor through the sadistic Covington Clinic and terrifying Cell Block 9. In Eastaboga, wander through an entire town at City of Chaos, which includes eight buildings, a graveyard, a playground, and an underground tunnel. For an off-the-wall horror experience, head to Heflin. At the Haunted Chicken House, you’ll make your way through a haunted hen house filled with mutant chickens via a haunted hayride and crazy train. South Alabama spook seekers can check out The Dark Woods haunted forest attraction in Robertsdale or Terror in the Park in Foley. 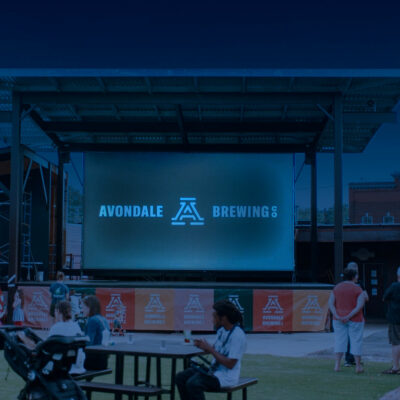 If you prefer your thrills to be in 2D, a scary movie might do the trick. Up the festive factor by attending a public screening rather than pulling up a flick on your TV at home. Avondale Brewing in Birmingham is showing free scary movies every Thursday in October starting at 7 p.m. Rocket City residents can check out Monster Movies at the Mill at Lowe Mill Arts & Entertainment complex for scary movies starting at 7 p.m. every Saturday. For an arthouse horror vibe, independent theater Sidewalk Film Center and Cinema in downtown Birmingham will be showing the new Halloween Kills movie, as well as the original 1978 movie, plus other classics like A Nightmare on Elm Street all throughout the month. There’s nothing cozier (or spookier!) than piling into the back of a pickup truck at a drive-in movie in the fall. You can do exactly that at the Grand River Drive-In in Leeds. This month’s lineup includes Halloween Kills, Candyman, and The Addams Family 2. Bonus: Each screening is a double feature so you can get double the chills. 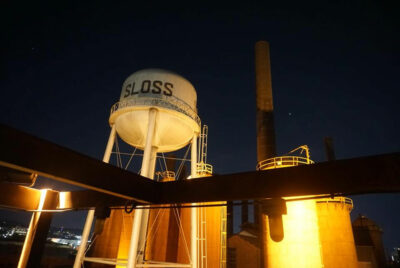 If cinematic scares and artificially orchestrated horrors aren’t your cup of tea, you’re in luck because our state is spooky all on its own. Over the last two centuries, Alabama has racked up its fair share of haunted history. Once you learn the state’s deepest secrets, you’ll never look at some of its landmarks the same. If you’re not a scaredy cat, Sloss Furnaces is the place to go. Though the downtown Birmingham landmarks isn’t hosting its Fright Furnaces attraction this year, you can still take a self-guided tour during open hours. Take turns reading the destination’s haunted history with friends as you walk through the giant boilers and stoves. Several towns in Alabama offer haunted history tours, where a guide will take you on a walking or driving tour through several haunted locations providing the supernatural history behind each. In the Magic City, check out Birmingham Historic Touring Company’s Birmingham Ghost Walks. Huntsville Ghost Walk offers three hour-and-a-half long guided tours of the Twickenham District, Old Town District, and Downtown District. Discover the Shoals’s haunted historic district and hidden courtyards on a Florence Ghost Walk tour, and in the picturesque Southern town of Athens, learn about the spirits that call the city home on a signature Haunt Walk.