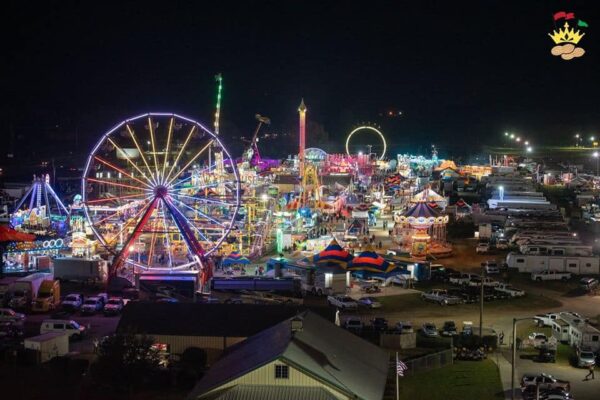 The 10-day family-friendly event celebrates farmers and the peanut harvest. Most of the nation’s groundnuts are grown within 100 miles of Dothan.

Up to 200,000 have attended prior festivals, which have been held on the National Peanut Festival Fairgrounds off U.S. 231 South since 1999.

The National Peanut Festival is one of the state’s larger attractions. The original, held in 1938, featured guest speaker George Washington Carver, a Tuskegee Institute scientist whose development of more than 300 peanut products in the early 20th century helped create an economic lifeline for area farmers. A statue of Carver stands today at the fairgrounds.

After a brief hiatus during World War II, the festival returned in 1947. It’s been held every year since—first at the Houston County Farm Center and later on its current site—with the exception of 2020. 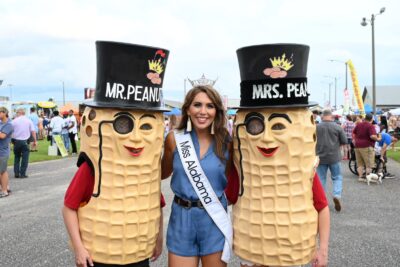 General admission tickets, available at the gate, are $8. A $50 “Duration Pass” is good for all 10 days. Children under age 5 get in for free. Strollers and wheelchairs are available for rent.

Discounts on admission and ride tickets are available on Wednesday, November 10, for anyone who brings at least three cans of food or a jar of peanut butter for the Dream Big Food Drive, which benefits the Wiregrass Food Bank. 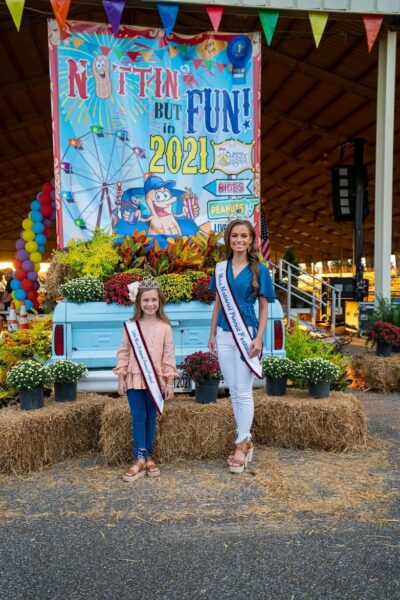 Musical acts include Az-Izz, Lucky Town, Gina Gailey, Blane Rudd, and Trotline on the NPF food court stage. Randy Houser, Gabby Barrett, and Parmalee will perform in the AllMetal Amphitheater. Admission to the amphitheater for festivalgoers is $20 for reserve seat benches nearest to the stage, $10 for general admission folding chair seating, and free for the area behind that.

Festival organizers request, but cannot force under state law, festivalgoers to be vaccinated, wear masks indoors and in crowds, and utilize the hand sanitizer stations around the fairgrounds. COVID-19 vaccines will be available, mostly during late afternoons and evenings, at the first-aid station inside the midway entrance.

And if you like to plan ahead, next year’s National Peanut Festival is scheduled for November 4-13.