Spanning 120 landmarks across 15 Southern states (plus Washington D.C.), the U.S. Civil Rights Trail allows individuals to follow the story of thousands of brave Americans fighting for change. The recently released official U.S. Civil Rights Trail book takes visitors on a journey through school integration, protest marches, freedom rides, and sit-ins, but the best way to learn is to visit the sites themselves on a Civil Rights history trip.

In Alabama alone, take a road trip to see 8 different cities and learn about the role each played in the movement. Alabama’s destinations include Anniston, Monroeville, Scottsboro, Tuscaloosa, Birmingham, Montgomery, Selma, and Tuskegee. If you don’t have time to complete the entire road trip, it’s easy to take a day trip or weekend to explore a city at a time. Here’s your guide to exploring the Civil Rights Trail in Birmingham.

Lay the Groundwork at the Birmingham Civil Rights Institute 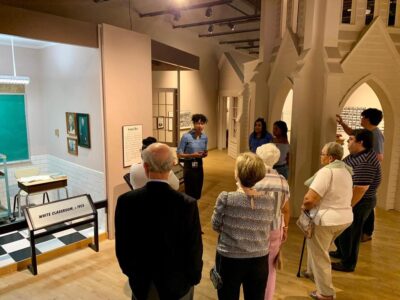 For almost 30 years, the Birmingham Civil Rights Institute (BCRI) has welcomed visitors from across the country and around the world to learn about the Civil Rights Movement through interactive exhibits and galleries, as well as archives and artifacts from the time. Experience a rendition of a segregated city in the 1950s, examine a replica of the Freedom Riders bus, and see the jail cell door from the cell that imprisoned Dr. Martin Luther King Jr. when he wrote his famous “Letter from a Birmingham Jail”. Hear directly from those who fought in the movement with nearly 500 recorded oral histories. The museum also hosts several traveling exhibits ranging in subject matter from a photo collection of the famous march from Selma to Montgomery to a creative expression gallery of original art from high schoolers depicting the four little girls killed in the Sixteenth Street Baptist Church Bombing. 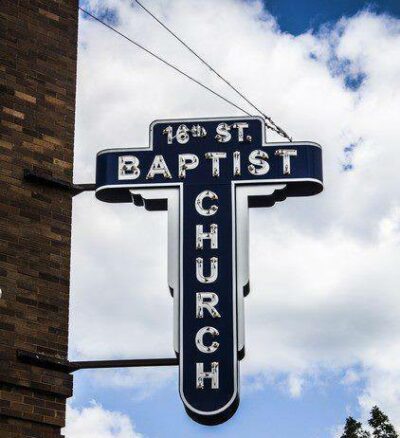 While a portion of the BCRI is dedicated to telling the story of four little girls who were killed in the infamous Sixteenth Street Baptist Church bombing, you can get the full picture by visiting the actual church where the bombing took place. Located right across the street from the BCRI, 16th Street Baptist Church still has an active congregation today. Tours of the church sanctuary are offered to the public on a regular basis. There’s even a small basement room, where the four girls were found, dedicated to their memory. 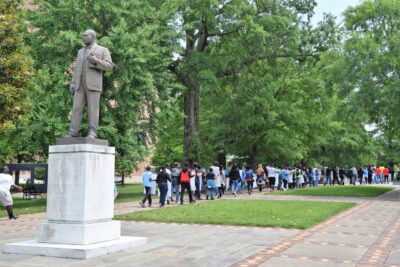 Round out your tour of the area with a walk around Kelly Ingram Park, the site of many historic demonstrations during the 1960s where activists were attacked with police dogs and firehoses. Today, the park features sculptures depicting some of those turbulent clashes. Strollers can take a self-guided audio tour by calling in to the number 205-307-5455. At each stop, you’ll get a short description of the sculpture along with some historical facts about the park and the events that took place there. Kelly Ingram Park also is the starting point for the Birmingham Civil Rights Heritage Trail, a self-guided route that includes signs marking the locations to several civil rights events that occurred in the city. 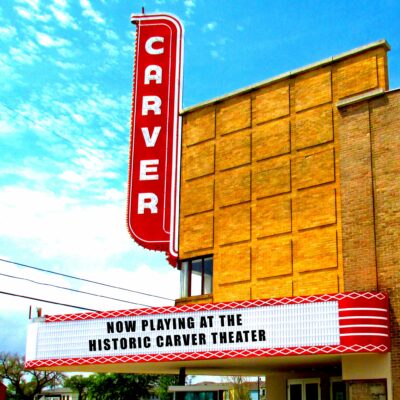 After working up an appetite on your walk, head to the Fourth Avenue North Historic Business District for a bit to eat. The cluster of businesses along Fourth Avenue from 15th to 18th Streets North served as the social, cultural, and retail hub for Black Birminghamians during the early 1900s and beyond. During a time of segregation, the area was home to Black-owned banks, movie theaters, night clubs, restaurants, and more. On your visit, grab lunch at Nelson Brother’s Café or Green Acres Café. For a taste of soul food, order the fried chicken wings and fried green tomatoes at Green Acres. After all, they’ve been serving the city since 1958. Don’t leave the district without taking note of the historic Carver Theatre (currently closed for renovations), home to the Alabama Jazz Hall of Fame and Birmingham Black Radio Museum.