Beautiful Lake Guntersville was featured on the most recent season of Facing Waves, a travel paddling show on Bally Sports Southeast. The season 4 episode 9 show aired locally on Aug. 6, Aug. 7, Aug. 9 and Aug. 12. Shorter versions of the show can also be found on PaddleTV on YouTube.

The show was sponsored in part by Marshall County Tourism & Sports, promoting Lake Guntersville and surrounding communities. The non-profit organization had this to say in a recent news release: 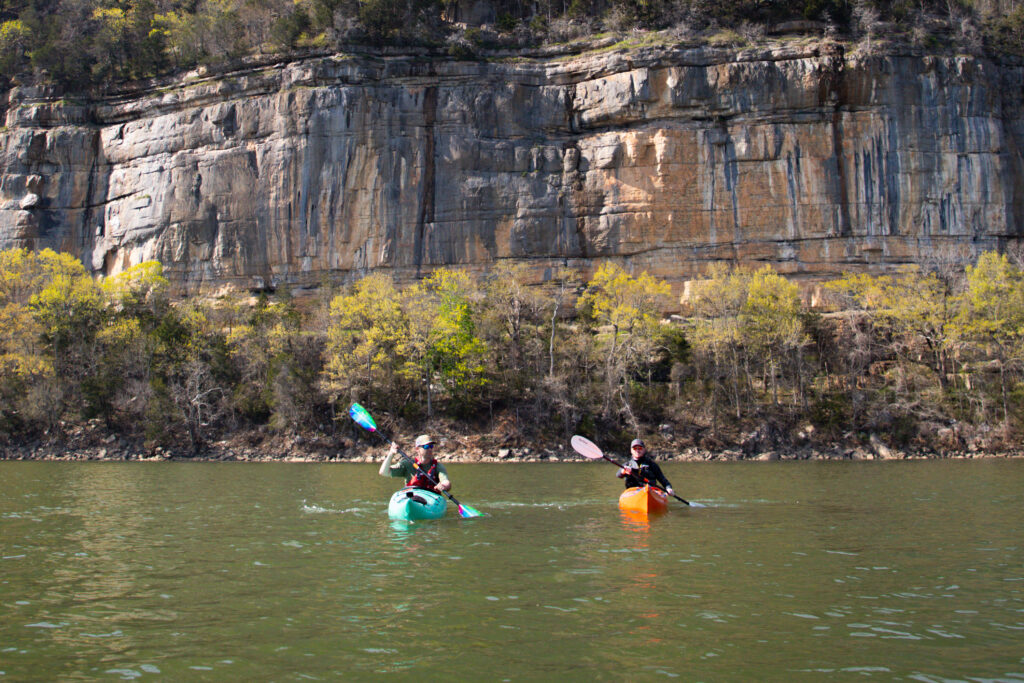 Facing Waves is an exciting, outdoor adventure television show that follows world-renowned paddler Ken Whiting as he travels across the world discovering different waterways and cultures. Facing Waves is broadcast into more than 120 million US households through Outside TV, and the Bally regional sports networks.

Whiting and the Facing Waves crew came to Lake Guntersville in April of 2022 to film this show. He paddled through Morgan’s Cove, Guntersville Dam and discovered Painted Bluff and Hambrick Bat Cave during his adventures. He also tried his hand at kayak fishing Lake Guntersville, which is best known for its large-mouth bass. Whiting dined at several local favorites as well as adventured on land to some of our best-known attractions including Cathedral Caverns State Park.