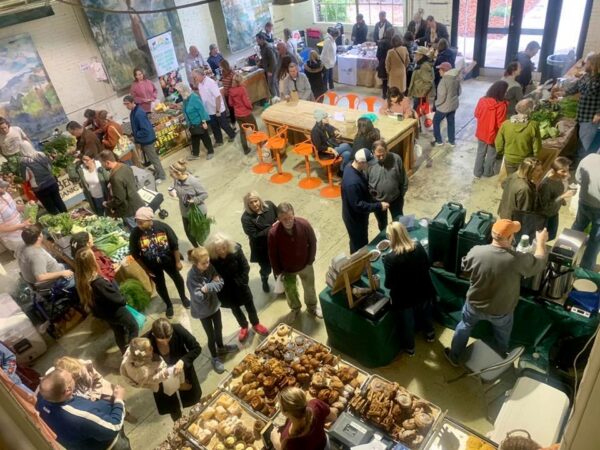 Just because it’s winter that doesn’t mean nothing’s coming out of the ground on Alabama’s farms.

Carrots, greens, root vegetables, satsumas, broccoli, fava beans, and sweet potatoes are all in-season now here. And if you know where to look, you’ll find the freshest homegrown food the state produces.

The early season for markets selling Alabama-grown food direct from farms started this weekend, with the opening of Birdsong Farmers Market in Birmingham. The indoor winter market at nearby Pepper Place starts January 22.

Most farmers markets around Alabama premiere in the spring and shut down by fall. Birdsong and Pepper Place go into December before taking a holiday break.

Then there are the year-round outlets like the Coastal Farmers and Fishermens Market in Foley, and the enclosed Tuscaloosa River Market.

But until the other markets start popping up in April, these are the great places to find locally produced vegetables, fruit and meat. 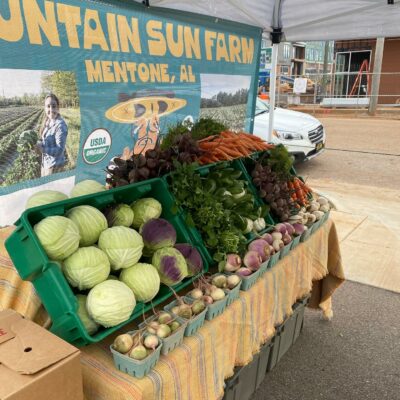 The Saturday pop-up features some of the state’s most popular farms, including Snow’s Bend and Belle Meadow in Tuscaloosa County, and Mountain Song near Mentone. Managed by the farmers themselves, the market is open Saturdays rain or shine. It’s at Fifth Avenue South and 28th Street in Birmingham, outside of Automatic Seafood and Oysters. Winter hours are 8 a.m. until noon.

Normally an outdoor fete, The Market at Pepper Place in Birmingham moves indoors through April 9 (the outdoor market resumes April 16) with a limited array of Alabama farmers and artisans from 7 a.m. until noon. Or place orders online on weekdays starting January 17 for curbside pickup the following Saturday.

The Saturday market, held from 7 a.m. until noon, draws dozens of vendors, including 20 farms and more than a dozen food-product makers, along with artisans and crafts producers. It also holds a series of roving pop-up markets around different neighborhoods on weekdays from April through September. As a state-certified market, all food must be grown in Alabama or within 25 miles of the borders. 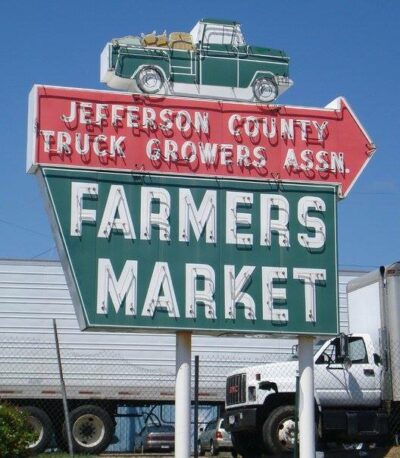 Opened in 1956 by the Jefferson County Truck Growers Association to provide a sales outlet for local farmers, the sprawling Alabama Farmers Market on Finley Avenue in north Birmingham is on the site of a former railway yard. For decades it’s been a standard stop for both home cooks and Birmingham restaurants. While you’re in the area, eat some fresh vegetables at a nearby restaurants like Niki’s West and Smokehouse, which chose their locations for their proximity to the market.

The market in Foley promotes vegetables and fruit grown in Baldwin County, along with Gulf seafood, organically-raised beef, and other agricultural products like Cuban-style pastries and empanadas. The covered facility is open rain or shine on Saturdays from 9 a.m. until 2 p.m. Check the website calendar for events, including Mardi Gras at the Market on February 26.

The owners of this family-owned market in Opelika (the original is in LaGrange, Georgia) buy directly from farms and state markets in the southeast. It’s open Mondays through Saturdays from 9 a.m. until 6 p.m., and Sundays from 10 a.m. until 5 p.m. In addition to southern-grown fruits and vegetables, it sells flowers in the spring and fall. Look for weekly specials on its Facebook page (@parkwayfarmersmarket).

Upcoming off-season sessions are set for February 12 and March 12, from 8 a.m. until noon. The market, on First Avenue SE in Decatur, was established in 1937.

The oldest continuously-operating farmers/curb market in the state capital, the Montgomery Curb Market was established in 1927 and has been on its current site on Madison Avenue since 1947. Up to 30 vendors sell vegetables, fruit, meat, preserved foods, condiments, baked goods, plants, and craft goods. Open Tuesday, Thursday, and Saturday, 5 a.m. until 2 p.m.