If the Alabama Gulf Coast Zoo were an animal, it would be a cat with nine lives. Since opening in 1989 as Zooland Animal Park, the beloved zoo has survived six major hurricanes—plus a pandemic—and lived to tell the tale. The most destructive of the hurricanes, Hurricane Ivan, which hit in 2004, forced a total animal evacuation, causing more than $500,000 in damage and a 14-month closure. The zoo’s incredible story of survival attracted the attention of The Animal Planet, which chose it as the subject for a 13-episode documentary series called “The Little Zoo That Could” that aired in February 2006.

After Ivan struck, Executive Director Joel Hamilton says everyone involved with the zoo agreed it was time to look for a permanent solution to end to the vicious cycle of being caught in the storm.

“In its old location, [the zoo] was located near wetlands that were constantly affected by hurricane surges and high tides,” Hamilton says. “There was a strong desire to move the zoo to higher ground to avoid that.”

Around the time the Animal Planet show aired, that wish was granted thanks to a generous donation from local businessman Clyde Weir and his daughter Andrea. The pair donated 25 acres of land that would become the zoo’s new location.

On March 11, 2020, after more than a decade of planning and fundraising, plus two years of construction, the zoo reopened just 4 miles inland from its original location. The overhaul effectively transformed the 7-acre “Little Zoo That Could” into a world-class zoological park with a major emphasis on education, sustainability, and events. The newly reopened Alabama Gulf Coast Zoo is the first zoo in the United States to be built from the ground up since the late 1990s.

But just a week after its much-anticipated grand opening, it—as well as virtually every type of business across the country—shut down due to COVID-19. The Gulf Coast Zoo wouldn’t open again until May 23, 2020. However, the zoo’s tripling in size allowed for the extra space necessary to reopen following social distancing requirements. Just a few months later, the zoo was once again tested when Hurricane Sally came to town. Hamilton says though the zoo closed for 10 days after the hurricane, none of the animals were impacted and all were returned safely to their exhibit spaces just two days after the hurricane hit.

“Certainly, the situation would have been much different had we still been in the old spot,” Hamilton says. 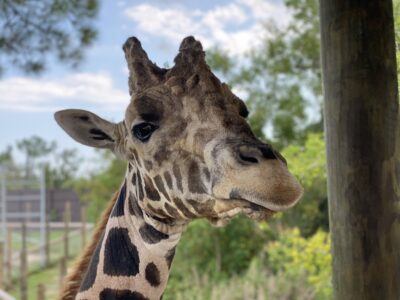 In addition to its resilience, part of what makes the Gulf Coast Zoo so special is its ability to function like a small zoo despite how much its grown. The zoo is now home to more than 600 animals, including 199 species, 31 sub-species, and 8 endangered species. Exhibits and attractions at the zoo are connected by a network of wide pathways peppered with picnic areas, rest stops and benches, an on-site restaurant, gift shop, and more. In addition its different animal exhibits, the zoo also features a petting zoo, 130-foot zipline, climbing walls, bungee jumps, safari rides, a guest tram, playground, and large lawn with a stage for performances. The zoo’s hands-on animal encounters with sloths, lemurs, and kangaroos are also still a major source of revenue and excitement.

Despite all that’s new at the zoo, Hamilton says its mission to help visitors connect with wildlife remains as clear as it was more than 30 years ago.

“One thing that truly makes this zoo a unique place is the intimacy of the zoo itself,” Hamilton says. “It’s how close you are to the animals, how close you to the animals, how accessible the staff is to ask questions and interact with them, and of course the variety of different encounters you can do. People feel like they’re part of the zoo when they come here. The whole idea is to help create those connections to nature and bolster that interest in nature to hopefully inspire people to do something.” 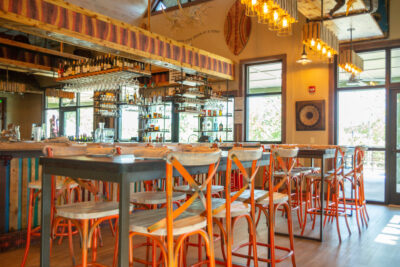 In addition to raising awareness among its guests about environmental causes, the zoo has doubled down on that commitment via the newly opened Safari Club restaurant. Located just outside the park entrance and open to all (not just zoo guests), the restaurant overlooks the zoo and serves as its signature dining experiencing. It is also Alabama’s first green-certified restaurant focused on reducing energy and food waste. All food waste from the restaurant is composted in the zoo’s on-site garden, and the restaurant (as well as the entire zoo) does not use any plastic or Styrofoam products.

For the “Little Zoo That Could,” adaptation and perseverance have been and will remain constant themes. Hamilton says the idea has always been to “keep moving forward,” and that isn’t likely to change anytime soon. The zoo opened a walk-through aviary in early September and has plans to continue building a South American Adventures exhibit around its sloth encounter. There’s also potential for the zoo to become much larger than it is even today.

“We actually own another 72 acres that we can expand into,” Hamilton says. “Roughly speaking, we could become a 100-acre facility as time goes on and we have the opportunity to continue expanding.”