Walter Hall Jr. laughs when I probe for details about how catfish and other fresh seafood is fried at Ezell’s Fish Camp, his family’s decades-old restaurant by the Tombigbee River in Choctaw County’s Lavaca community.

“Welllll,” says Hall, the third generation to run Ezell’s. “When I got those recipes passed down to me, it was like an act of Congress to get them. I was sworn to secrecy.”

So, I didn’t have high hopes when I plowed on and asked what’s the secret to Ezell’s renowned coleslaw.

“You know I can’t answer that,” Hall shoots back, laughing harder. “I would definitely get strung up by my toes if I did. I’ve been asked that question a million times. And it’s always the same answer.” 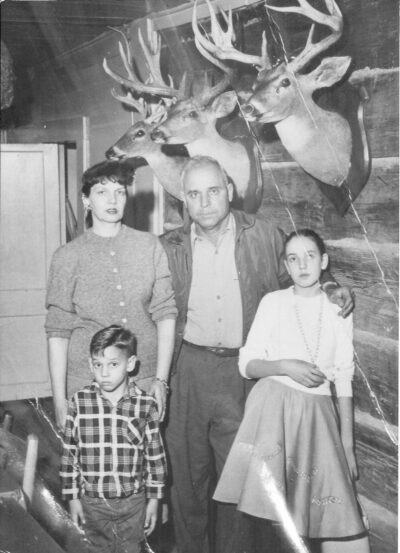 The coleslaw and fried catfish at Ezell’s (emphasize the E when saying the name) are listed among the “100 Dishes to Eat in Alabama.” Many say its hushpuppies—crisp on the outside and sweet inside—also deserve enshrinement in the state’s culinary hall of fame.

The fish house was founded in the mid-1950s by Hall’s maternal grandfather, Charles Agnew “C.A.” Ezell Jr. It specializes in catfish—filets and whole fish, fried or grilled—but also serves Gulf shrimp and oysters, crab claws, and even frog legs.

C.A.’s daughter, Mary Ann Ezell Hall, also owned the restaurant for 45 years before selling it to her son, Walter, some six months ago in December.

The property has been in the family for nearly a century, but its history stretches back even further. A cabin on the property, now a part of the restaurant’s expanded footprint, was built before the Civil War.

C.A. Ezell Jr., who mainly made his living as a commercial fisherman, lived in the cabin. In the late 1930s, he opened part as a weekend hunting lodge for friends from Birmingham, selling plates of whole catfish and other river fish fried up in the front yard.

Ezell’s family lived upstairs. Mary Ann was roughly eight when she, her brothers, and their parents moved to a new home to make way for the new family business at the cabin, Ezell’s Fish Camp restaurant. 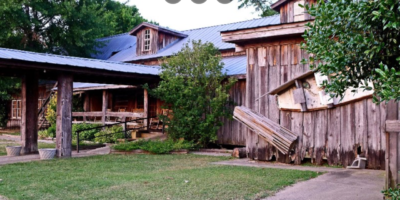 Mary Ann took over Ezell’s in 1975. Her brothers, Charles III and Joe, spun off a chain of Ezell’s Catfish Cabin restaurants, including locations now operating in Phenix City and Columbus, Georgia.

Walter Hall Jr., now 50, was in high school when he started at Ezell’s, an entry-level job making fries and hushpuppies. “If you’re training, that’s where everyone starts,” he says. “After you learn to do that, you move up to cooking fish and shrimp.” 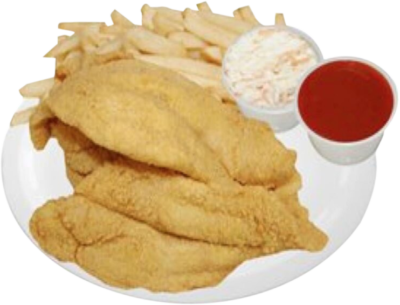 Ezell’s once bred, raised, and processed its own catfish, but now buys other U.S.-farmed product. Shrimp and oysters arrive weekly from Bayou La Batre.

Since taking over, Walter has removed burgers and wings from the menu, preferring to focus on fish and seafood.

“My dad told me, ‘Go back to what got the restaurant where it’s at,’” he says. “‘Keep it simple. Keep it fresh. Have good service and good food, and you’re going to be OK.’ I believe that.”