Following in the footsteps of a backroads explorer

We called him “Deddy” – not Dad nor any other name. Perhaps in other regions, one would pronounce it ‘Daddy’ but not in rural Alabama. Some of my friends referred to their fathers as Dad. I tried but it never sounded right. It still doesn’t.

Deddy was a gentle giant, worked construction all his life. He wasn’t college educated, but he sure was smart. Deddy didn’t say much, yet when he did, it was worth hearing. He lived by the rule, “If you can’t say anything nice, don’t say anything at all.” 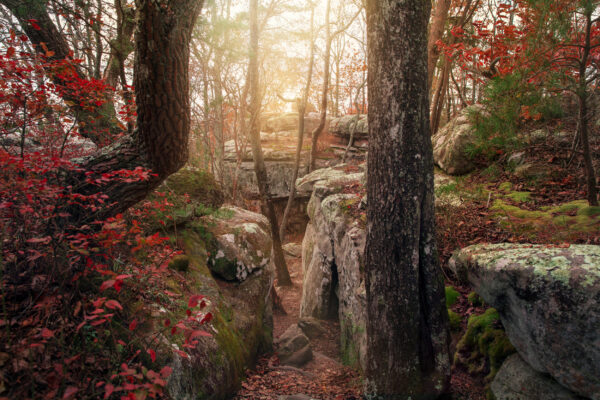 Deddy enjoyed exploring; he’d exclaim, “Hop in the truck. Let’s go riding around.” That meant we were going cruising down two-lane country roads which often led to narrower and bumpier single-lane dirt roads. Eventually the dirt roads ended at an intersection where Deddy would question which way to go. Occasionally we had to turn around and go back the way we came, but we always found our way home.

As a young boy, I didn’t understand the purpose of our excursions, but I was reminded of the treasure in these off-the-beaten-path memories last October when I was looking for out-of-the-way places to photograph Fall foliage. With www.northalabama.org as my guide, I spent a couple of days snooping around the Sipsey Wilderness in Bankhead National Forest. Following a visit to the Ave Maria Grotto in Cullman, I headed south to check out the three remaining original covered bridges in Alabama, located near Oneonta. My trip concluded with a sunset view of Weiss Lake from atop Lookout Mountain at Cherokee Rock Village, near Leesburg. 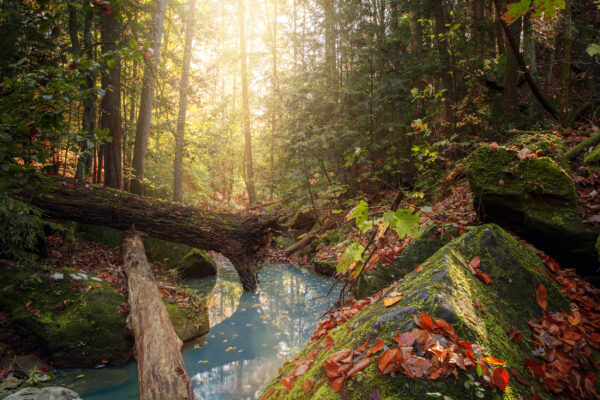 Fall colors were bursting at the seams in Cleveland and beyond. The kaleidoscope of red, orange, and yellow leaves unfolded to the left and right of me in the Sipsey Wilderness.

In my quest to enjoy the scenery and capture the most eye-popping colorful photos, I wandered down two-lane country roads with no destination in mind. Occasionally, a dirt road called my attention, and I’d veer off just to see where it would lead. On a couple of occasions, I flipped a coin to determine which way to turn. 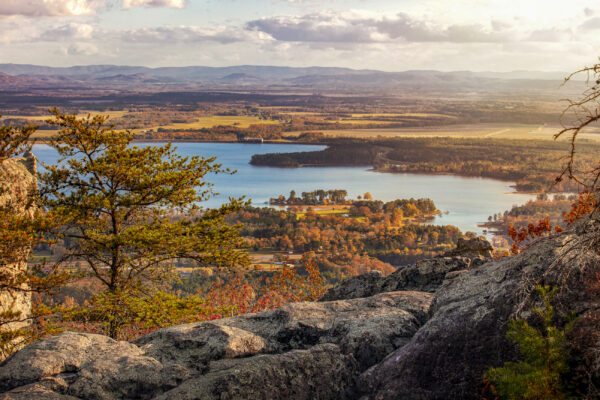 In addition to finding within these North Alabama destinations some of the most beautiful places in the world to photograph Fall foliage, I also discovered a few things about myself. I cherished the peaceful solitude of an unfamiliar dirt road just outside of Double Springs and the sound of rustling leaves as a gentle breeze filled the forest in Bankhead National Forest.

I got a thrill out of watching through my rearview mirror as a colorful flurry of leaves fill my back window like a shaken snow globe. I loved getting lost in my thoughts and time as I explored the backroads of North Alabama.

It’s ironic how much I learned riding along those dirt roads. I spent many years living in big cities, yet I am still a small town boy from Alabama. My thirst for adventure and exploration doesn’t require me to venture far; I can find beauty tucked away in unexpected places when I slow down enough to take a look around.

Wherever I am, I can sense that I am a lot like my deddy—still taking rides in the countryside, like a leaf that didn’t fall far from the tree. Trust me on this. Hopping in the truck for a Sunday afternoon excursion is the sweet kind of adventure that will be remembered for a lifetime.

Scott Baker is an internationally published photojournalist based in Alexander City, Alabama. He is a contributing photographer to The New York Times and his work has been published in The London Sunday Times Magazine, Drift Magazine and many other regional publications. You can follow his work on Instagram: @scottbakerphotos.