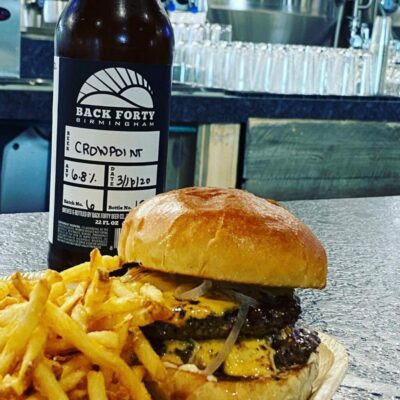 About 13 years ago, making beer in Alabama was just a dream for people like Jason Wilson, whose Back Forty Beer Company would go on to help lay the foundation for today’s thriving craft-beer scene.

“I called the ABC (Alcohol Beverage Control) board and said I’d like to fill out an application for a manufacturing brewery in Alabama,” Wilson recalls. “They said, ‘Son, we’ve not given one of those out since Prohibition.’ I said the application should be short then. They said, ‘If you’re willing to try, I’m willing to send it to you.’”

Both as a fledgling beer baron and during his time as president of the Alabama Brewers’ Guild, Wilson helped push for state laws that allowed stronger beers, brewery taprooms, big bottles including growlers, and on-premise sales—all essential to the industry’s growth.

Getting started wasn’t easy for the Gadsden native. While raising capital to equip his Gadsden brewery, he had to use a Mississippi brewery to make his premiere beer, Truck Stop Honey Ale.

“They agreed to let me come down on weekends, as long as I was out by Sunday,” says the gregarious Wilson, who stepped down from daily operations in 2019, becoming chairman of Back Forty’s board and self-styled chief storyteller.

Back Forty, which sold its first beer in January 2009, opened its Gadsden brewery three years later and steadily built a seven-state distribution footprint. In 2018, a satellite brewery, taproom, restaurant, and outdoor beer garden opened in Birmingham under a licensing agreement with Doug Brown.

The Birmingham facility, near historic Sloss Furnaces, opened an expansion early this year that increases brewing capacity, adds a canning line, and provides a venue for rehearsal dinners and corporate events.

It also includes a zone for customers to enjoy special ales that are stored for months in casks, where they take on flavors from the wood. “We’re calling it the Back Forty Barrel Room,” Brown says. “We’re lining the walls with barrels aging beers.”

Brown plans other Back Forty outposts, starting with a Huntsville location that he hopes to have open in a couple of years. 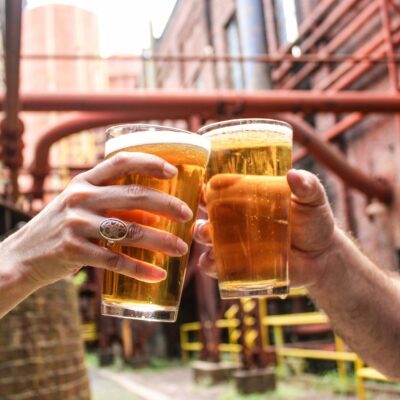 The Gadsden and Birmingham breweries operate independently. Each produces the core lineup that includes Naked Pig Ale and Freckle Belly IPA. They also each produce their own seasonal and specialty beers—traditional and modern styles, and whacky-yet-it-works concepts like Peanut Butter Porter, a strong dark ale made with peanuts and peanut butter essence.

Russ Bodner, the executive chef in Birmingham, is standardizing company-wide the ingredients, recipes, and methods for making his kitchen’s popular pub food, like the Back Forty Burger and Korean Grilled Chicken Sandwich.

“When we open other locations, we’ll mirror everything—the beer menu, kitchen menu, and even the music that we play,” Brown says. “Each location will have some uniqueness but we want a common experience.”

A fifth-generation Alabamian, Wilson says he’s proud of the role breweries like his have played in fabricating Alabama’s nationally recognized food and beverage scene.

He’s seen more than four dozen Alabama breweries open since he filed that ABC application. He’s collaborated with some of the state’s best chefs, including for a dinner at the prestigious James Beard House in New York City.

“We’ve been part of an awesome culinary revolution,” he says.