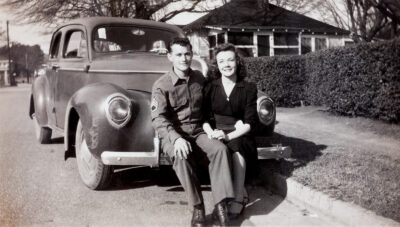 Alison Pierce was 11 when she tried her first sips of Milo’s Famous Tea. Now the brand director at the Bessemer-based beverage company, she plans to serve Milo’s tea at her upcoming wedding.

The drink has built a devoted following since the first glasses were sold 75 years ago in Milo and Bea Carlton’s original sandwich shop on Birmingham’s Norwood neighborhood.  People even share Milo’s-related photos on social media using the tags @DrinkMilos or #Milosmoments.

The level of fanaticism goes far beyond filling a refrigerator with gallon jugs of tea. Take, for example, the guy who painted his new refrigerator to look like a jug of Milo’s tea. Others have decorated birthday and wedding cakes with replicas of the red-and-white logo.

“There are people with Milo’s tattoos,” Pierce says. “A guy made a boat out of Milo’s boxes, entered it in a race, and won. I love the passion of our fans. We’ve even created a page on our website where consumers can share their stories.”

What’s not to love about Milo’s sweet tea? It’s made only with a proprietary blend of black teas, water, and sugar. Its ingredient list doesn’t read like a chemistry textbook. And most important of all, it tastes like tea, not tannin-tinted water.

“We make it just like somebody does in their kitchen,” Pierce says. “Our kettle’s just a lot bigger.”

In addition to sweet and unsweet versions, the sweet-tea lineup includes zero calorie, decaffeinated, and extra-sweet. Milo’s also makes lemonade, and an Arnold Palmer-style blend of tea and lemonade. The company plans to unveil additional flavors this fall.

When he opened the restaurant in 1946, Milo served his tea unadulterated, leaving sugar bowls on the table for customers who preferred it sweet.

But post-war sugar rationing inspired him to rethink his approach. He figured he could do more with less by adding sugar to hot fresh-steeped tea, and serve it pre-sweetened.

It didn’t take long for his sweet tea to become as famous locally as Milo’s special sauce and the extra hunk of beef he added to his hamburgers.

After taking over the business, Carlton’s son, Ronnie, noticed that some people came just for the tea, like Pierce’s mother, Renee. As an occasional treat, she would stop by Milo’s after work and order large teas—no ice—before driving them 45 minutes to the family’s home in Oneonta.

“We weren’t a rich family so any kind of fast food was exciting, but especially getting Milo’s tea,” Pierce recalls. “It was a treat for us.”

The first gallon jug of Milo’s tea was sold in 1989 at the Piggly Wiggly grocery in Homewood. Twenty years later, the Carlton family spun off Milo’s Tea Company after selling the restaurant portion of the franchise.

Ronnie’s daughter, Tricia Wallwork, now runs the booming company. Milo’s Famous Tea is sold by more than 31,000 retailers in 45 states, as well as via national giants Target, and Walmart.

Adding to its allure, Milo’s Tea is a company with a conscience. It’s earned a platinum certification as a “Zero Waste Manufacturer,” meaning it recycles at least 99 percent of the waste it produces. The company donates one percent of its profits to organizations and communities.

“We really try to stay true to the values of Milo Carlton,” Pierce says. “We’re people first. There’s a lot of love put into our product.”