For 3,000 years, Mesoamericans have celebrated the period when, tradition says, the barrier between the living and dead lowers enough for loved ones on either side to briefly reunite.

People create shrines to their dearly departed, adorning the altars with marigolds and candles, and setting out the deceased’s favorite foods and drink for the visit. 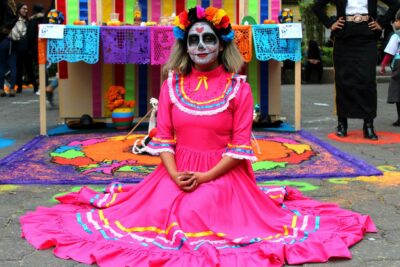 Dia de los Muertos, the Day of the Dead, ends an ancient trifecta of observances for many that celebrate and commemorate those who’ve passed—spirits, saints, and ancestors. First comes Halloween (All Hallows’ Eve), followed by All Saints’ Day on November 1, and then Dia de los Muertos on November 2.

In Mexico and U.S. cities with large Hispanic populations, the Day of the Dead is celebrated with street parties filled with costumed revelers and imagery of skulls and skeletons.

In Birmingham, the 19th annual Dia de los Muertos festival is set to run from Tuesday, November 2 through Friday, November 5, at Pepper Place. Admission each day is $10. 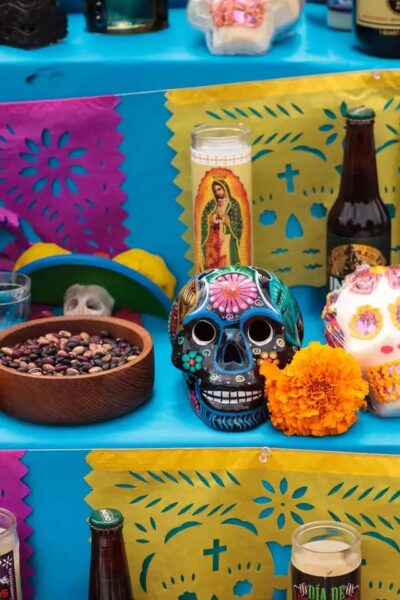 The fiesta features a memorial roll call, and individuals’ altars to humans and pets are on display. There will be an artist market, a beer garden with Mexican brews and Sol y Luna restaurant’s margaritas, and food trucks.

Like all good holidays, food plays a prominent role on Dia de los Muertos. And Mexican-style street food, portable and satisfying, is perfect for the occasion.

Most folks are familiar with the Big 4 of Mexican menus: tacos, burritos, enchiladas, and quesadillas. But taco trucks and taqueria restaurants around the state also make a variety of other antojitos (“little cravings,” or snacks) from masa, a cornmeal dough.

Expand your culinary vocabulary with one of the street snacks below. We explain what they are, and share places across the state to try them.

Like ordering street tacos, you choose the meat that fills or tops your antojito. Although the choices vary by restaurant or truck, you’ll generally find different flavors of slow-cooked pork, beef, and chicken.

Now, options aren’t limited to the places listed for a particular dish. You’ll find several of these antojitos at each of these eateries.

Have a great meal. And Feliz Dia de los Muertos.

One of several antojitos made from fresh masa that is cooked on a griddle, the circular base for sopes is considerably thicker than a tortilla, and the edges are pinched into a rim that helps contain the toppings. The blueprint includes meat, cheese, beans, avocado, lettuce, and tomato. 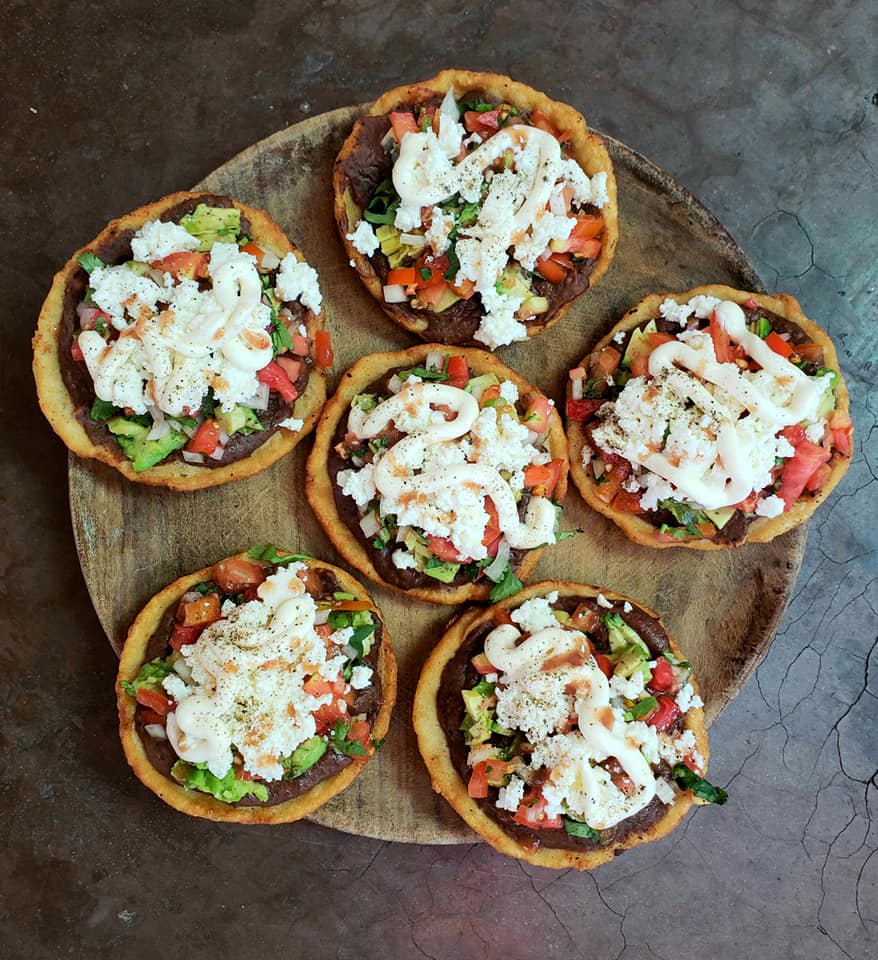 A huarache is a Mexican-made sandal, which inspires the curvy shape of the griddled masa base for this antojito that shares the name. It’s built similarly to its cousins, spread with refried beans and topped with meat, cheese, lettuce, and crema or other sauce. 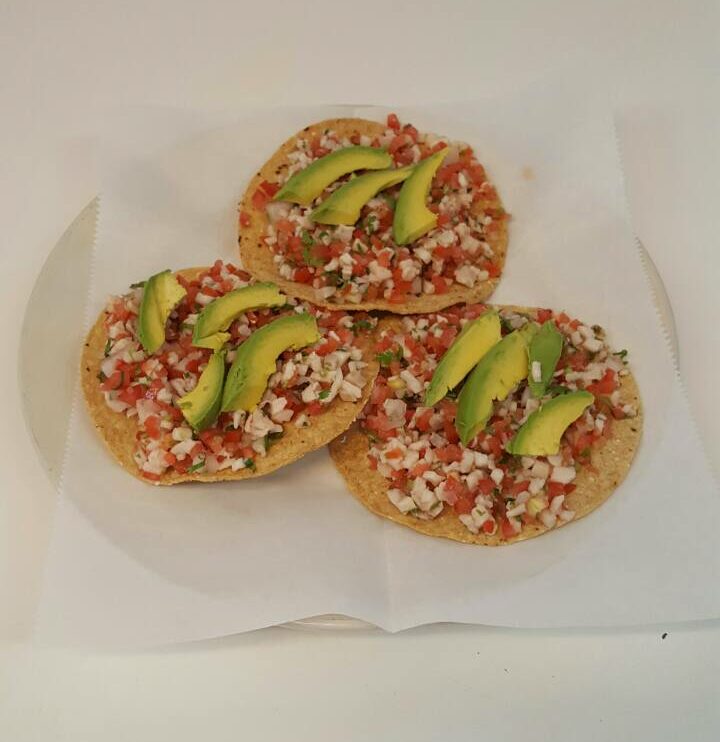 The masa for gorditas is shaped into a round that’s thicker than a tortilla, more akin to an arepa. Once cooked, the bread is sliced and stuffed with meat and cheese. Sometimes the filling is sandwiched between two griddled masa discs. 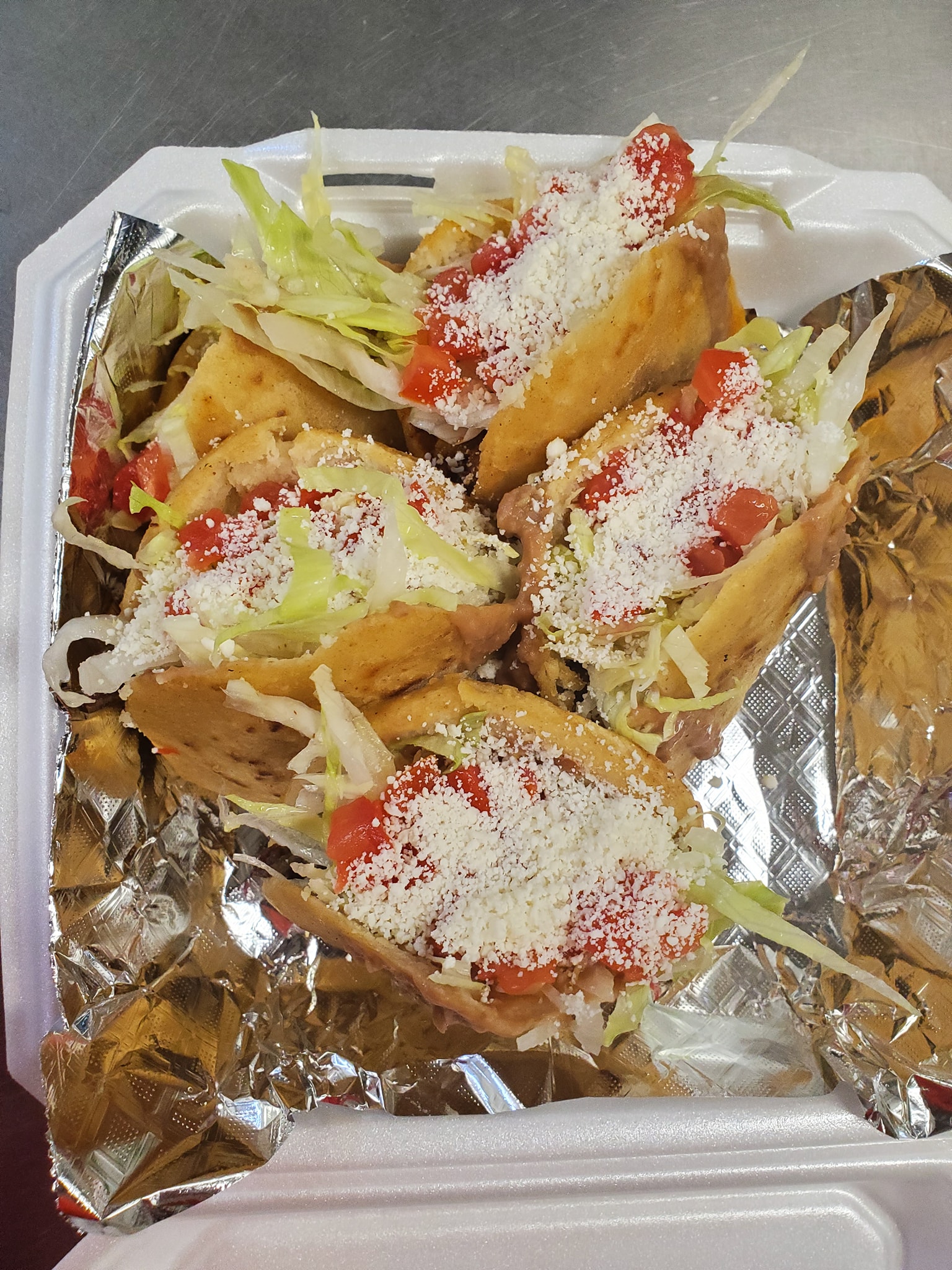 The classic Mexican tamal is wrapped in corn husk, but banana leaves are used in some areas. Masa dough is moistened with broth and flavored with lard. That’s spread on the husk and topped with meat or cactus (nopales) with cheese. The husk is wrapped into a tube shape and steamed until soft and fragrant. 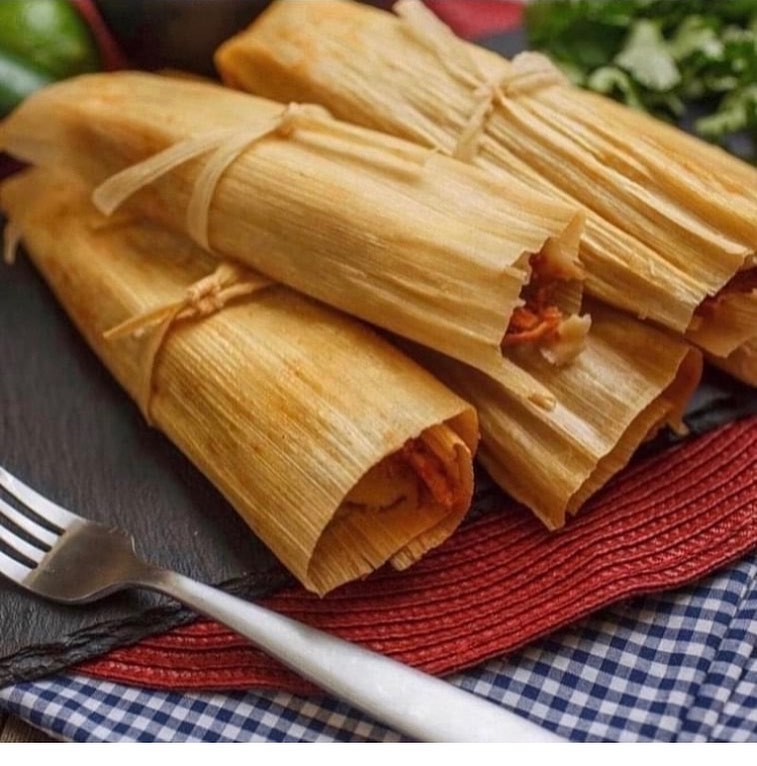 Across the Caribbean, fresh fish, shrimp and other seafood is marinated in citrus, onion, and chiles for ceviche. The tostado, a fried flat tortilla, is the perfect food platform. This combination is a popular quick fix in taquerias and on taco trucks.

Filling and satisfying, the torta is a world-class sandwich that is served warm in a pillowy loaf. The best tortas are made with oval-shaped telera bread or a torpedo-shaped bolillo. Next come the fillings: meat, refried beans, avocado slices or guacamole, cheese, tomato, lettuce, onion, and sometimes mayonnaise or thick crema. 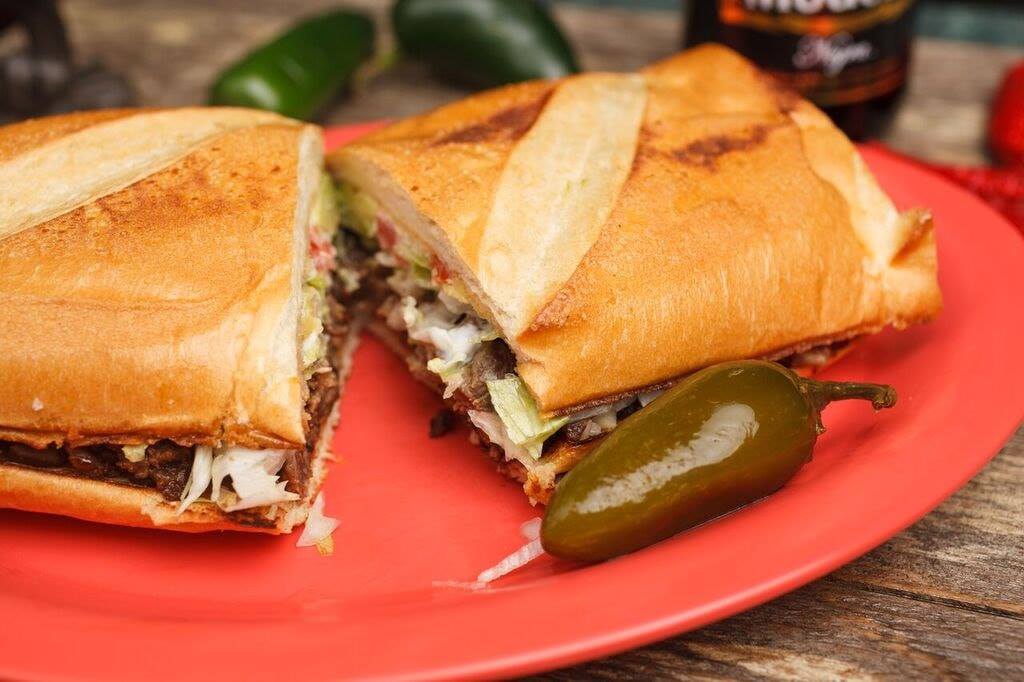