Big Bob Gibson created a distinct style of barbecue in 1925 when he started combining mayonnaise and vinegar as a sauce for chickens that he pit-cooked whole at his restaurant in Decatur.

To this day, the pit crew at Big Bob Gibson Bar-B-Que dunks cooked chickens into a vat of white sauce before portioning them and serving them with more white sauce. 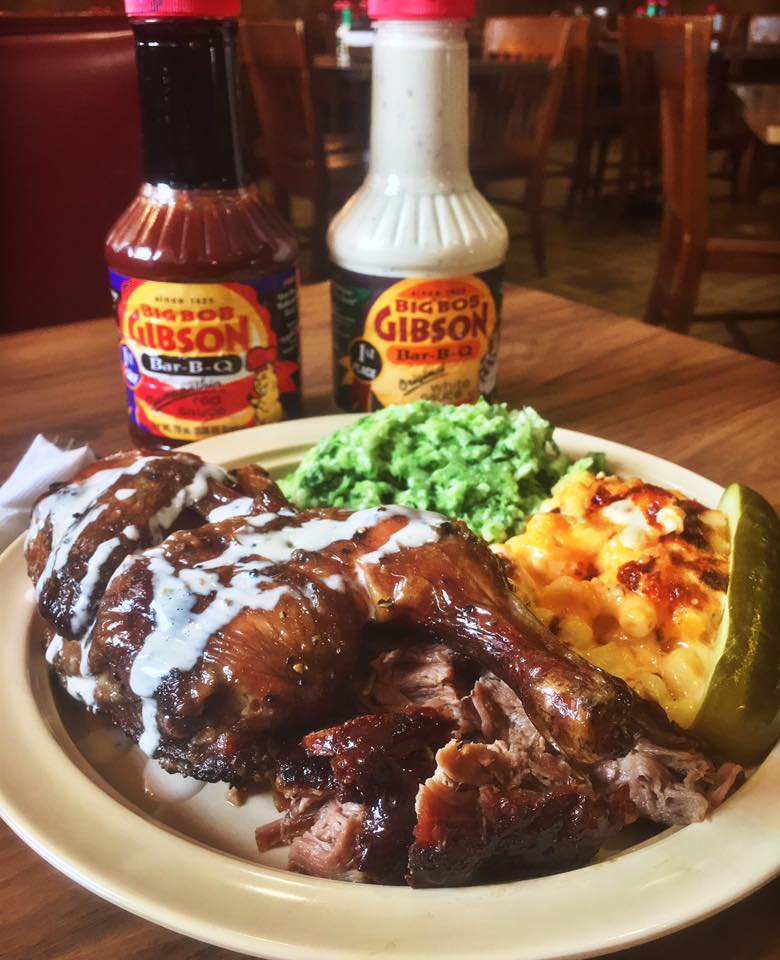 The whys behind white sauce are shrouded in mystery. Many folks believe Gibson figured out that the fat in the mayonnaise would keep the birds’ white meat from drying out after smoking for three hours over hickory.

Four generations of the Gibson family have built the reputation of their restaurant’s legendary Alabama white sauce, which became widely available after they started bottling and selling it retail in the mid-1990s.

White sauce distinguishes north Alabama ‘cue in the same way that thin tomato-vinegar sauces do in the eastern Carolinas, mustard-based sauces in parts of South Carolina, and the thick and spicy sauces of Kansas City.

Rich and tangy with sweet heat, Big Bob Gibson’s white sauce accents the smokiness of its barbecued chicken. Some customers even like it on the pork.

Chicken with white sauce also is a signature dish at Miss Myra’s Pit Bar-B-Q in Birmingham’s Cahaba Heights community. Covering the chickens with metal lids while cooking on the pit provides an extra measure of smoke.

Founders Myra Grissom Harper and her husband Clark lived in Hartselle—about 12 miles down U.S. 31 from Decatur—before they moved to suburban Birmingham and opened their barbecue restaurant in 1984.

It’s become sort of a thing these days for smoked-meat restaurants throughout Alabama to include a white sauce in their liquid lineup. You’ll find it at the various locations of Full Moon, Moe’s, and Jim ’N Nick’s statewide; Saw’s and Martin’s in greater Birmingham, and dozens of other local Alabama barbecue joints.

Rodney Scott’s take on white sauce, which he calls White Rod, is served as a wing dip at his whole-hog barbecue restaurant near the Avondale neighborhood in Birmingham.

White sauce is one of the simplest to make since there’s no prep or cooking involved. Miss Myra’s version has four ingredients: mayonnaise, white vinegar, salt and enough pepper to give it some bite.

Big Bob Gibson’s recipe adds apple juice as a sweetener, lemon juice, prepared horseradish, and cayenne pepper to the mix. The result is creamy and tangy, with a slight kick. 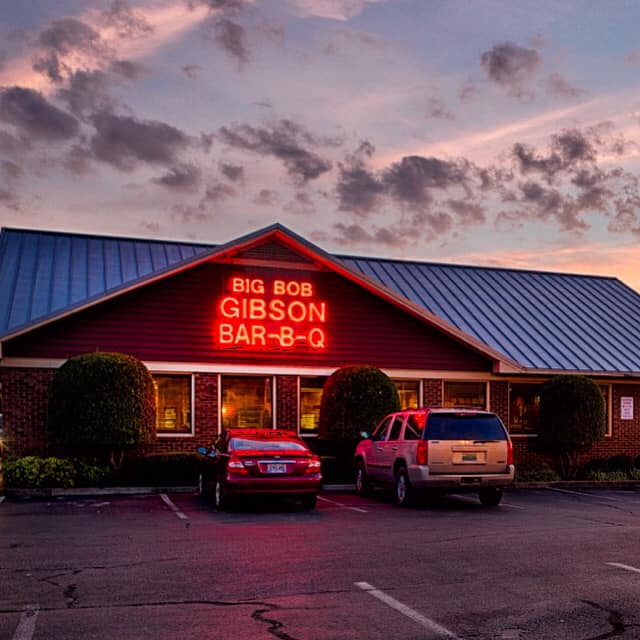 The original version from 1925 is included in “Big Bob Gibson’s BBQ Book,” written by Chris Lilly, who is married to the founder’s great-granddaughter, Amy, and has played an instrumental role in expanding the family business.

Slather on some white sauce the next time you grill chicken, and capture that taste of north Alabama.

Mix ingredients, and use to dunk the chicken after cooking. Serve more as a sauce.

Myra and Clark Harper’s daughter, Rennae Wheat, shared the recipe with al.com in 2008. This will feed a crowd, or scale it down.

Slowly pour vinegar into mayonnaise, using a whisk to work out all lumps. While whisking in vinegar, also mix in salt and pepper. Once lumps are gone, place mixture in refrigerator. Allow sauce to thicken before serving.