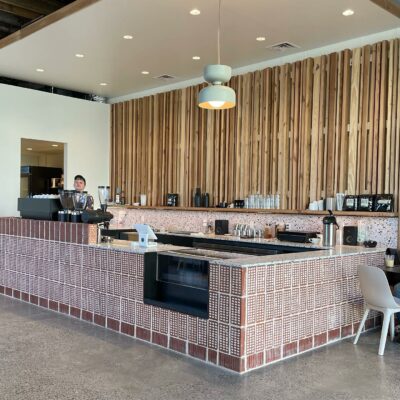 If you’ve explored Birmingham’s dining scene over the past decade, there’s a good chance you’ve run into Jimmy Truong. The Birmingham native has worked at and with some of the Magic City’s most popular establishments from Automatic Seafood, Collins Bar, and Queens Park to former favorites Octane and Woodlawn Cycle Café.

Last month, Truong established his own place in our city’s ever-growing food and beverage scene with the grand opening of a new coffee shop, June Coffee, in downtown Birmingham. Though Truong says owning his own business was somewhat in his destiny, it wasn’t always clear that coffee would be the form it took.

“I am from a family of immigrants. My mom and dad are from Vietnam, and when they moved here, they hardly spoke any English and had hardly a penny to their name. Somehow, they managed to open their own businesses. They both own nail salons. So, I’ve been around small business my whole life,” he says. “Regarding coffee, I never really want to do that per se. I got into coffee as a way to make rent and pay bills while I was in college.”

While Truong was chipping away at a degree with plans to become an art teacher, life was busy making other plans. The more he worked his side gigs, the clearer his passion for the service industry became. Following that passion and a few others, he moved to Portland, Oregon in 2014. It was there, while working at a coffee shop called Good Coffee, that Truong said a switch flipped. 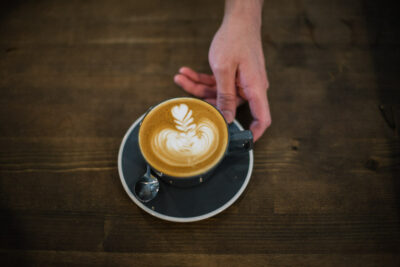 “I remember making a drink for a customer,” he says. “We had never talked before, but I remembered their drink and their name, and this bright light turned on in their face. They were so happy that I remembered their drink. It’s those moments that are so small and tiny that really make me smile. I was like ‘Yeah, I think this is it. This is what I want to do.’”

When Truong returned home in 2016, he took a job at Octane while toying with the idea of opening his own coffee roastery. When Octane got bought out, it was just the push he needed. “That kind of opened my eyes a little,” he remembers. “I was like, I’ve been looking for a sign to do this, I’ve always wanted to do this, so I feel like this is a signal for me.”

Determined to self-fund the project, he put his head down and worked three jobs in order to save enough money to buy a coffee roaster. Once he began roasting under the name Epilogue Coffee Roasters, Truong found quick support in the network of Birmingham restaurants and bars he had built relationships with over the years. Woodlawn Cycle Café became his first account. He did a pop-up at Queen’s Park, then Automatic started serving his coffee during brunch. 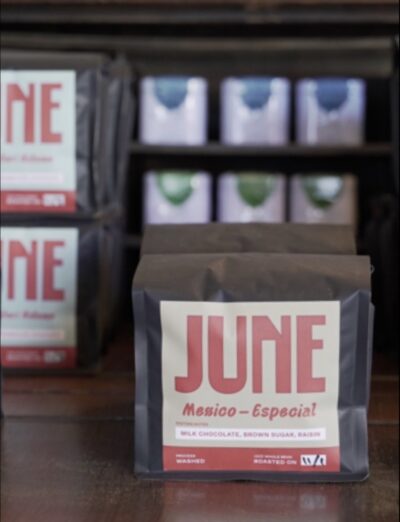 Now Truong is taking his business to the next level with a new look, a new name, and a storefront. With June, Truong said he wanted to make the space—located at 3rd Avenue North and 25th Street—feel warm and inviting above all else. With its tall, exposed ceilings, bright natural light, and warm tones, June is the type of place you could spend hours, whether you’re there to catch up with a friend over a cup of coffee or spend a rainy afternoon solo with a hot tea and pastry.

Truong describes his coffee as fun, bright, and approachable. There’s nothing too dark, but he says each roast has just the edge needed to get people hooked. “We just want the coffee’s natural flavors to shine through.”

For non-coffee drinkers, June also offers Herald Tea and Mizuba Matcha. For summer, Truong hopes to launch a menu of shaken matcha drinks. In the spirit of collaboration, which seems to be a common theme with June, the café will offer pastries and baked goods from Last Call Baking as well as light lunch options.

Though June’s potential for growth seems limitless, Truong says he’d be satisfied to keep the operation small. He doesn’t want to take June outside of Alabama, and maybe not even outside the city of Birmingham. “I want people to come to Birmingham and to Alabama to experience June,” he says. “I’m inspired by restaurants like Highland Bar & Grill where people travel from states away to eat there.”

More importantly, he wants June to give back to Birmingham what so many other restaurants, bars, and coffee shops gave to him. “I would love to use June as a way to bring on the next generation of service industry people,” he says. “I love hospitality as a whole and coffee was kind of my gateway. I’d love if nothing else for June to be a fun, open gateway for people who are curious about the restaurant industry but don’t know that it can be a great, inviting industry with lots of close friends and an amazing, supportive network.”