The upcoming year will mark a new milestone in Jones Valley Teaching Farm’s growth, as its $8 million upgrade fully comes on line with a new educational center and other improvements designed to enhance the nonprofit’s overall mission of providing nutritious food to people who need it most.

The downtown Birmingham urban farm also plans to resume its popular camps and welcome students from around the state for learning experiences that will now progress from Jones Valley’s fields, orchards, and harvest shed to its brand-new classroom and recently opened culinary studio, says JVTF’s executive director, Amanda Storey. 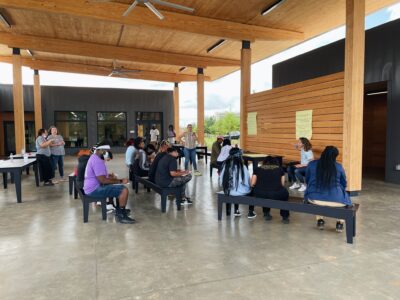 A new pavilion and commercial kitchen will allow it to host events, parties, and meetings, helping financially support the teaching farm’s mission.

And for the first time, the nonprofit will own the land it farms.

The three-acre site was first cultivated in 2006 for what was then known as Jones Valley Urban Farm, part of an effort to promote turning brownfields into plots for growing produce in food deserts, which are communities without access to fresh fruits and vegetables.

In 2012 the organization rebranded as Jones Valley Teaching Farm, partnering with Birmingham City Schools to incorporate lessons about growing and harvesting food and their nutritional benefits into the everyday classroom curriculum.

As part of its Good School Food initiative, JVTF also helped start vegetable and fruit gardens at Birmingham city schools, first at Glen Iris Elementary. A later addition of five schools in the Woodlawn neighborhood allowed the nonprofit to expand its educational programs to students from pre-K through 12th grade. 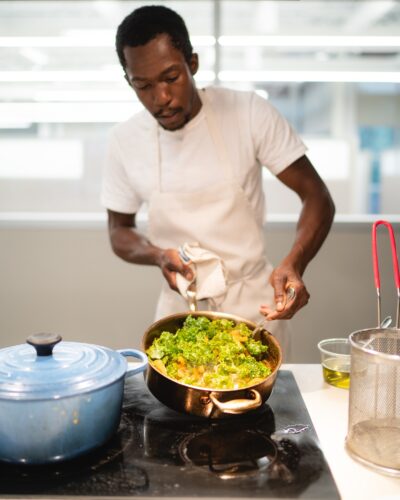 “They’re learning about math and science and social studies in a way that feels more accessible,” Storey says. “They’re not locked into worksheets, enclosed in a four-walled room. They’re out learning directly.”

Jones Valley’s expansion, set to officially open in early 2022, is the next stage in the farm’s maturation, Storey says. The organization has raised $7.2 million, 90 percent of its target; a campaign to raise the rest is delayed by the pandemic.

The classrooms and cooking lab in the new educational center allow JVTF to accommodate more students from more school systems, including outside of Birmingham.

The culinary center can be used by both students and adults taking workshops and classes. The tables, which can be adjusted to assure access to all audiences, have electrical outlets that allow participants to cook along on hot plates while watching via an overhead camera as the instructor demonstrates at the main stove.

“We’ve always been limited with how many people we can reach because our capacity to hold folks on the downtown farm was just nil,” Storey says. “So now the students we work with can be one component, but their families can be part of this experience as well. Our neighbors can be part of it. It’s really going to allow us to spread the word more.”

The 30 new community garden plots and donation-only farm stand will allow JVTF to improve how it serves the communities around it. The new community garden can be accessed via a ramp, and the raised beds are tiered at different heights—from six inches to about three feet—to accommodate people with different physical abilities.

More planters will be set aside for students at nearby Phillips Academy to grow produce, take it home, and cook it with their families. A plot also is geared toward pre-kindergarten students. 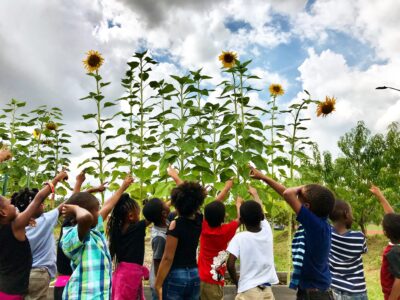 Economic empowerment is a top goal at Jones Valley, Storey says. Budding entrepreneurs in the program can use the center’s commercial kitchen to start their own food-based businesses. Students can participate in a two-year apprenticeship program and gain certification for potential jobs or post-secondary schooling.

About one fourth of JVTF’s 25 employees are Woodlawn High School graduates who’ve been through its school and farm programs. “We’re creating this pipeline where the people most impacted by this work are now leading it,” Storey says.

Knowing how to grow your own food—a once-common skill—promotes resiliency, both during calamity like a pandemic and in everyday life, Storey says.

“When the young people who go through our program talk about growing food, they don’t talk about deficit,” she says. “It truly is a vibrancy, an excitement, a yearning to share. They say, ‘I’m doing this because I want to get it out to people.’”