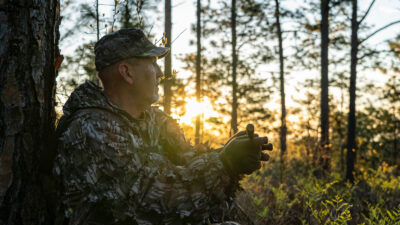 Talking turkey is a finely honed skill of Mike Pentecost, the founder and owner of Woodhaven Custom Calls. This Alabama native has been hand-making turkey calls for 21 years—and his are known for being the best of the best when matching wits with the elusive bird.

“I’ve spent a lot of time in the woods. I became fascinated—you could say obsessed—with the vocabulary and habits of turkeys. I started dabbling into making turkey calls as a hobby,” Pentecost says. “It all started with a broken call that I tried to fix. I thought it sounded better after I repaired it.”

His hobby kept growing, and today his company Woodhaven is making a national name for itself with high quality handmade calls made from walnut, cherry, purpleheart, and yellowheart wood. It’s been a long journey for Pentecost, from making calls in the family basement to a large barn to his current facility—a former sewing plant in in his hometown of Heflin, Alabama, located in the northeast part of the state. 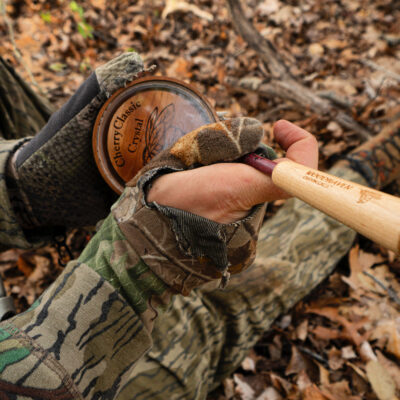 Business is booming for Woodhaven with the dealer and distributor base growing significantly this year. You can find Woodhaven calls sold in outdoor and sporting goods big box retailers across the nation.

“We work all year long to meet the demand during [turkey] season. We have earned respect in the turkey world,” Pentecost says. “You get out of it what you put into it. I enjoy making good calls [and] being the best there is.”

Spring turkey season has officially begun in most counties in Alabama, running from March 20 through May 2. The sport has grown in popularity with an almost 50 percent increase in the number of unique hunter IDs in 2020.

Pentecost has seen this popularity manifest itself in more sales of his calls as well as more interest in being his hunting companion. Pentecost jokes, “Everyone wants to be my buddy this time of year.” 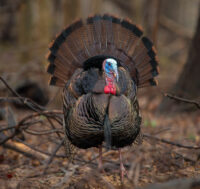 Turkey hunting isn’t for everyone though. A typical hunt begins in the pre-dawn hours with the hunter crouching in a field patiently waiting for sounds of a turkey that he may never glimpse.

“There is no ‘so-so’ in turkey hunting. You either love it or hate it,” Pentecost says. “I love the challenge of it—matching wits with the turkey. I liken the sport to a gentlemen’s chess game. My turkey calls level the playing field.” 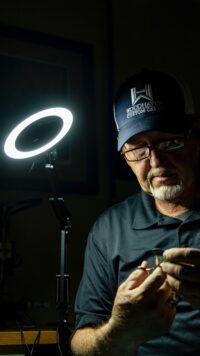 “When I was younger, I didn’t know this was what I would end up doing. My hobby kept growing,” he says. “I learn every day and that’s what I love the most. It’s been 21 years and I still work on perfecting my calls.”