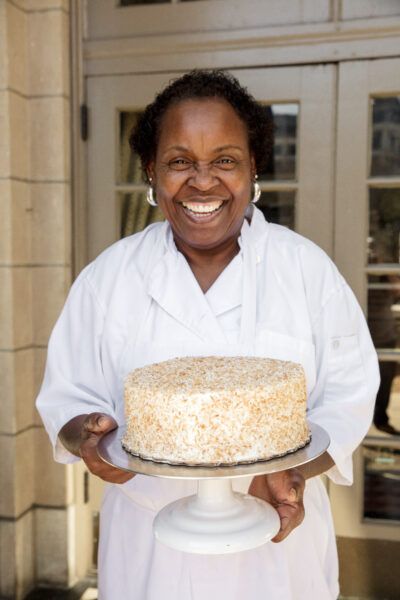 She is self-taught, yet went on to win the nation’s highest culinary honor in her field, a James Beard award for Outstanding Pastry Chef. Dolester Miles has spent 40 years working with Beard Award-winning chef Frank Stitt, playing a role in the birth, growth, and sustained excellence of his Beard Award-winning flagship restaurant, Highlands Bar and Grill.

If you’ve marveled over dessert at one of Frank and Pardis Stitt’s restaurants—including Bottega Café, Bottega’s dining room, and Chez Fonfon—you can thank Miles’ deliciously innate talent. Mainstays like the famous coconut-pecan cake and luscious lemon merengue tart are her creations.

Friendly, nurturing, and quick with a warm smile, Miles is as humble as she is talented. “I couldn’t do it without my staff,” she once told me. “We play. But we know when to get serious.”

So, it’s bittersweet news to learn that “Miss Dol,” as most know her, has retired. She’s hung up her apron and passed on her meringue torch.

“Dol led in our pursuit of the most delicious desserts, incorporating our Southern baking traditions with my love of classical European baking,” Chef Stitt writes in a recent Facebook post confirming her retirement. “While we miss Dol’s wonderful spirit, what she shared will continue to live on.”

I have been blessed to spend time with Miles for newspaper and magazine articles, and an oral history interview we did in 2019 for the Southern Foodways Alliance. The reminisces below come from those talks.

Miles always figured that her role as dessert-maker gave her an edge in shaping guests’ dining experiences at Highlands and its siblings. “Dessert is the last thing you eat in a meal,” she says. “But sometimes it’s the first thing you remember.” 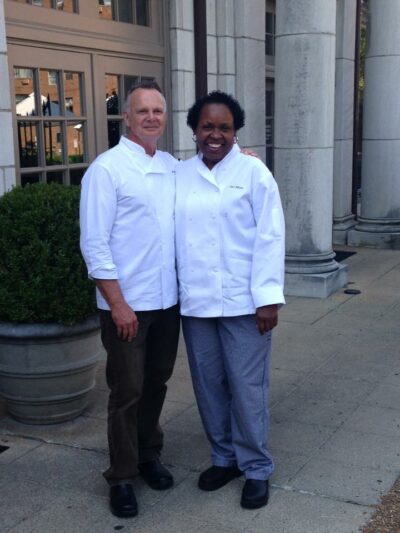 Miles learned to bake by helping her mother and aunt while growing up in Bessemer. But she had little professional restaurant experience of any kind before Stitt hired her in 1982 to help open Highlands in Birmingham’s Five Points South neighborhood.

Working alongside her sister, Diane Miles, and their cousin, Verba Ford, they helped bring Southern authenticity to the groundbreaking French-inspired food that Cullman County-born Stitt created at Highlands.

Miles started as the daytime garde manger in charge of salads and other cold plates at Highlands, then open for lunch. In Frank Stitt’s kitchen, she discovered a new world of food.

“Some of that stuff they were doing I’d never heard of before,” she recalls. “Frank gave me a salad one time. I threw it away. I said, ‘I didn’t want no weeds.’ Then he came back and asked me how it was. (She raises the pitch of her voice) ‘Fantastic! It was so good!’”

She chuckles over the memory. “I think it was watercress or arugula. But now I love it.”

Making desserts on the side every now and then at Highlands rekindled a passion in Miles. “It reminded me of childhood,” she says. 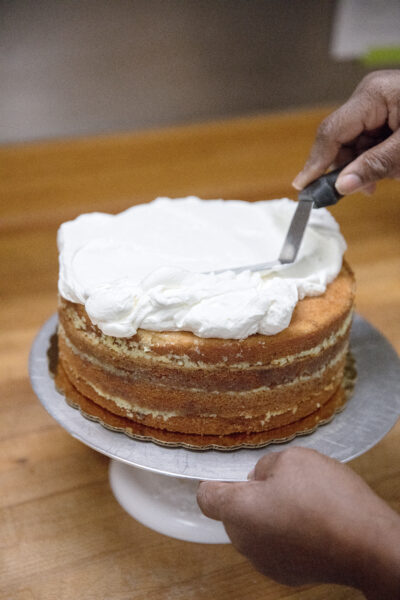 She made the switch when Stitt opened Bottega in 1988, moving to its spacious kitchen to prepare desserts and baked goods full-time for all of his restaurants—at first alone, then with a crew.

Stitt was the source for some recipes. But Miles originated several customer favorites.

Coconut-Pecan Cake is her most beloved creation. It’s a moist four-layer cake with creamy pecan filling that’s covered in bourbon-vanilla Chantilly cream and toasted coconut. The cake comes together over a three-day period.

The inspiration was German chocolate cake, one of Miles’ favorites from childhood. The flavored whipped cream and pecans replace the chocolate.

“I started out making it as a special,” she says. “Customers started saying how good it was. People were always asking about it. Now we can’t take it off the menu.”

After the Beard Award in 2018, demand grew so much she had to double the production, making up to 60 coconut-pecan cakes a week for the restaurants, plus more for special orders.

Of all the desserts she’s made, Lemon Meringue Tart is Miles’ favorite.

“I like it because it’s not really that sweet,” she said in her SFA oral history interview. “It’s a sweet and sour taste. I just like fruit desserts better.”

Making a batch is an exacting effort. Several dozen lemons are juiced and zested. Three flats of eggs—nearly 100—are separated into whites and yolks. Whipped whites form the base of the meringue. The yolks and lemon are mixed with pounds of sugar and cooked into a curd. 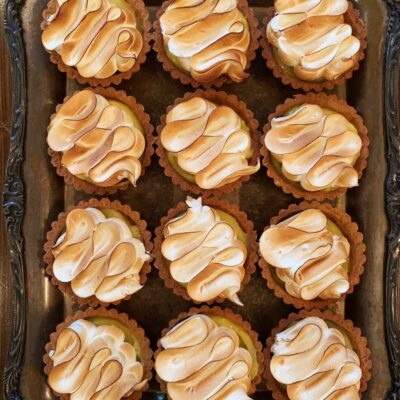 “You have to stand there and keep stirring so it doesn’t stick,” she says. “It’s kind of relaxing, though.”

The curd is poured into tart shells made, of course, in-house. Waves of meringue are piped on top. Before the tart is served, its surface is torched brown.

It’s fitting that the Beard Foundation honored Miles the same year it tapped Highlands as the nation’s best restaurant. Miles is an integral part of why Highlands has earned so much attention and adulation, locally and nationally.

“Dol has brightened thousands of celebratory occasions with her fabulous desserts,” Pardis Stitt says. “In her quiet and graceful manner, she’s set a standard of delicious excellence which has become a hallmark of our restaurant experience.”