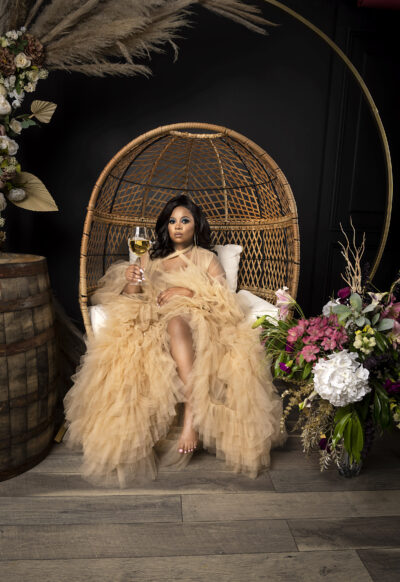 Rada Griffin wears a lot of hats. During business hours, she’s a contract software engineer working on top-secret NASA projects. But after she clocks out for the day, the real fun begins. In addition to serving as a personal chef, Griffin is also the owner of Anissa Wakefield Wines. She recently became Alabama’s first (and only) certified Black woman winemaker.

The graduate of Tuskegee University began her wine journey in 2009 through self-study and an earnest dedication to trying new wines. But it wasn’t until five years ago that Griffin began to think about wine as more than a hobby.

“When I rebranded my private chef services business in 2017, I asked myself what could I do or reintroduce to the rebranding to make it more unique,” she says. “That’s when the idea to launch a wine label came to me. Making wine is an extension of food to me, so it seemed like a logical choice.”

Over the next few years, Griffin ramped up her learning, traveling regularly to Napa Valley to learn more. In 2018, she created her own vintage, a bold and bright white blend of Chardonnay and Roussanne. In 2020, she completed an intensive six-week certification program through Cornell to become a fully certified winemaker. In addition to learning the basics of viticulture, she also learned to anticipate what a wine will taste like based solely on the region it’s from.

The dream of owning her own wine business, Griffin says, hasn’t always been easy or budget-friendly, but it has always been fun and a creative escape from the analytical, straight-forward nature of her day job.

“No grape harvest is ever the same, so wine making sort of becomes this playful mystery in which I try to determine what the grapes are going to taste like and ultimately what the wine will taste like once bottled,” she says. “All of this is based on all the nuances of the terroir, which changes.” 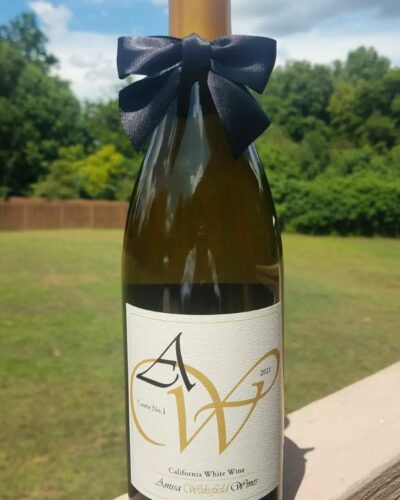 After a couple setbacks due to fires in the Napa region in 2019 and the pandemic in 2020, Griffin has three vintages of her California-made wine, her first from 2018, a second from 2021, and a third from 2022. She’s now in the planning stages of launching a multicity tasting tour and working with a distributor to get her wines placed. Though Anissa Wakefield Wines is just getting started, Griffin has a clear vision for the business.

“Short term, my goal is to release a vintage each year until 2024. Currently, I only produce 300 bottles of wine per vintage, per year,” she says. “Once I have those three years of releases completed, I want to start producing commercial amounts (starting around 1,500 to 2,000 bottles), so that I can apply to have them carried by airlines.”

The dream of having her wine served by airlines is especially meaningful to Griffin, who isn’t blind to the boundaries she’s breaking down with Anissa Wakefield Wines. In other words, having wine from a Black woman winemaker available to such a large audience would speak volumes.

“It means a lot to me to represent Black women in a space that hasn’t always been open to us,” she says.

Griffin says to look out for a tasting tour featuring her 2021 vintage in August, followed by her 2022 vintage in April 2023. And in 2024? You can see one more of Griffin’s groundbreaking accomplishments quite literally take off; she’s part of the team working to put the first woman on the moon.