Meet the new chef of SpringHouse restaurant on Lake Martin

It’s a daunting task for Pete McKenny, stepping into the kitchen clogs of the seven-time James Beard Award semifinalist who brought SpringHouse Restaurant (near Alexander City) to national attention.

Staying true to signature dishes introduced during the decade-long tenure of Chef Rob McDaniel while SpringHouse’s new executive chef slowly whisks in his own culinary style is like emulsifying a vinaigrette—do it right, and it won’t break.

Some McDaniel classics are sacrosanct, like SpringHouse’s small-bite plate of Peppadew peppers stuffed with pimento cheese ($5). “People are accustomed to it,” McKenny says. “They love it. They come here for it. We sell a lot of it. Like they say, if it’s not broke don’t fix it.” 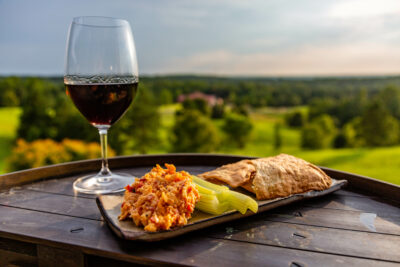 “I’ll see what people think,” McKenny says. “The biggest thing is not to overwhelm. I’m trying to get the clientele here used to what I can do.”

McKenny is familiar with the market. He spent 2.5 years starting in 2008 as chef de cuisine at Willow Point, Lake Martin’s golf and country club. He also has run kitchens in Washington state, Arizona, and Vermont before returning to Alabama. 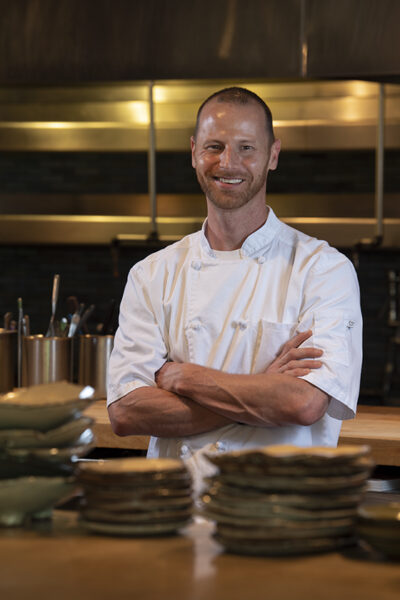 Trained in classic French cuisine, McKenny says he likes to incorporates influences from his stints in around the country, like a recent side dish of roasted Brussels sprouts drizzled with smoked maple syrup.

The restaurant, which is open for dinner Wednesday through Saturday, specializes in high-end Southern cuisine, presented in a rustic-upscale and scenic pastoral setting on a bluff.

The oft-changing menu features seafood from the Gulf of Mexico, locally-grown fruits and vegetables, and meat and fish butchered in-house.

“I’m a big believer in getting meat whole so you can utilize more of the products,” McKenny says. “We get whole chickens and break them down, and I make stock out of that. I like cooking my rice and quinoa in stocks instead of water to boost the flavor. We confit the legs every once in a while, and we serve the breast on the menu.”

Appetizers on the current dinner menu include boudin balls with pomegranate hot sauce ($8), house-made pimento cheese with celery and house-made crackers ($11), and warm crab dip ($13). Most entrees are $30 and up, topped by a 26-ounce bone-in New York strip steak for $60. Vegetable sides ($8) are served family-style. 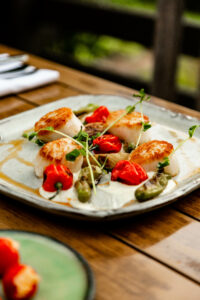 McKenny describes SpringHouse as a hidden gem with a laid-back, feel-good atmosphere. It stays fairly busy with patrons living or golfing at Lake Martin, as well as people making the pilgrimage from Birmingham, Montgomery, and Auburn.

The restaurant, which opened on a stormy April evening in 2009, has a strong pedigree. Chef Chris Hastings, the award-winning and nationally prominent co-owner of Hot and Hot Fish Club and OvenBird restaurants in Birmingham, was the consultant and culinary advisor who helped shape SpringHouse. 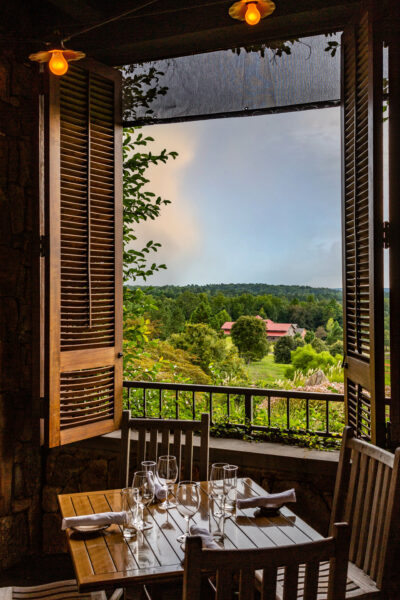 McDaniel worked with Hastings at Hot and Hot before taking the helm at SpringHouse. He currently is co-owner of Helen Restaurant in Birmingham.

McKenny says he’s dedicated to bringing home a James Beard Award, one of the nation’s most prestigious culinary awards, and to earning AAA’s top-rated Four Diamond rating for SpringHouse.

Monthly wine dinners allow the kitchen to experiment with new and unusual dishes, effectively road-testing them as potential menu additions.

“They give me the opportunity to really venture out there, do some exploring,” he says. “Slowly but surely, I’ll amp it up a little more.”