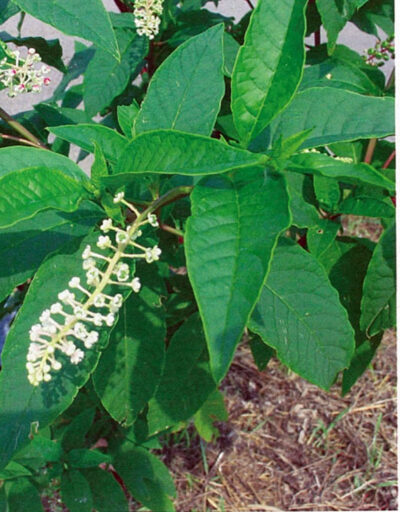 On the trailhead at Cheaha State Park stands a large, red-stemmed pokeweed. Usually found in alleyways or roadsides, this ubiquitous weed is normally easy to pass by, but not when hiking with famed herbalist, Darryl Patton. Those of us hiking with him have learned to expect long stops, as he shares his prodigious knowledge of plants. The poke sallet, sometimes called poke salad, is generally considered poisonous. Patton sees it as deadly to viruses. According to him, “It will kill them graveyard dead.”

For the past 35 years, Patton has scoured Lookout Mountain for medicinal plants to make salves, tinctures, teas, and tonics. A master herbalist, he has shared his knowledge of plants and their uses in lectures, classes, workshops, and conferences from Las Vegas to New York and everywhere in between.

It all started as an accident. He was enjoying life as a homesteader, living off the land, raising goats, pigs, and chickens. A special education teacher, he worked the land in summers and spare time. When the fifth person told him he should meet A. L. “Tommie” Bass, one of the last mountain herb men, he decided it was time. He was only going to stay 20 minutes. The old gentleman was on the roof of his shack, hammering away. When he came down, Patton met his future.

“My eyes were opened to a gift I did not know I had, the ability to see a plant and remember what it does,” says Patton, who has an encyclopedic knowledge of more than 1,500 plants.

He spent the next 14 years trailing behind Tommie Bass, learning the craft of herbal medicine. Much of the knowledge went back to Bass’ teacher, a Black midwife who was born a slave in the 1800s. A man who never attended a day of school, Bass displayed his own genius in botany and medicine for 80 years. Ever humble, even a profile on the front page of the Wall Street Journal in 1985 did not impact the simple life of the son of a sharecropper. Bass never forgot a childhood so poor that newspapers served as blankets during Sand Mountain winters. Living in a tiny shack he built by himself in his 70s, he served others with compassion and modesty.

“I try to give ‘em ease,” explained the late herbalist, who died at age 88.

Patton pursued the old knowledge with his own research, pouring over old medical books, researching old pharmacopeias, and taking any new plant to the wizened Bass. When asked how he taught school, homesteaded, and apprenticed with Bass all at the same time, he credits ADHD (attention deficit hyperactivity disorder) with his ability to multitask. After 38 years of study, he still considers himself a student.

“I am always learning something about the same plant or finding a new plant. Alabama is so botanically diverse, there is more than enough to study here,” says Patton. Alabama is ranked 4th in biodiversity in the U.S.

Unlike many herbalists, he does not believe in exotic cures such as rhino horn and tiger penises. In the old ways, healers believed that everything we need to be healthy and healed is growing in our own area. He can often be found in the woods cutting mushrooms out of trees or gathering plants.

One of his favorites is yellowroot. A plant found in moist places, it grows along shady streams. The woody stem leads down into a bright yellow root. While Bass only knew it as a curative, science has discovered it contains berberine, an antimicrobial, anti-inflammatory, heart healthy plant and according to the National Institutes of Health, a “potent hypoglycemic agent” for people who suffer from diabetes. It also aids the immune system by working with the liver, says Patton.

Yellowroot formed the cornerstone of Bass’ medicines. It is an ingredient in his renowned skin salve that claims to cure everything from poison ivy to skin cancers. Even the FDA could not prove him wrong. Patton still makes it.

A couple of decades ago, I attended a Patton class. After mentioning a struggle with a persistent sore throat that would not go away, Patton handed me the bitter-tasting yellowroot to chew. The ailment that dodged modern antibiotics gave way to the plant within a week. Although chewing it wasn’t necessarily pleasant, the results proved to be a tremendous relief. 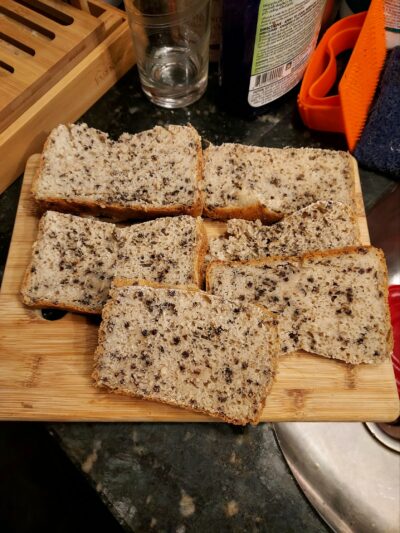 “Alternative medicines work with the body better than synthesized medicines, even the ones based on plants,” he says.

Retired from teaching, Patton shares his herbal knowledge full-time. He and his wife operate a studio in Mentone where Darryl teaches herbs and Jane teaches yoga. His herb school meets twice a month. He holds two Deep South Herbal Conferences at Cheaha State Park, one in the spring and one in the fall. He also writes a newsletter called “Stalking the Wild.”

“I can do anything from a one-on-one plant walk to a full retreat,” Patton says.

He is the author of “Mountain Medicine, The Herbal Remedies of Tommie Bass.” His new book, “Herbs, Roots and Remedies” comes out in July. It contains the descriptions and medicinal properties of 330 plants found in Alabama.  Included in the list is pokeweed. Patton asserts that the poisonous reputation of the plant as an edible is exaggerated. However, its reputation as a killer of maladies is underestimated.

“It is a powerful plant. Whatever it hits, it kills,” says Patton, referring to its ability to annihilate everything from viruses to stomach ulcers.

Patton shares a homemade loaf of yellow dock bread as his class begins. The soft, tender slice reminds you of the healing and hospitality of another century. He is on a mission to preserve the old knowledge one class, one hike, one talk, one tincture, and one slice of bread at a time.

(Editor’s Note: When foraging or gathering wild plants, it is best to go with an expert to identify plants correctly and understand the specifics and preparations before ingesting.)