When people enter Key Circle Commons bar for the first time, it’s not unusual for them to abruptly stop to stare, drinking it all in.

Their eyes move from the intimate pods of funky but comfortable seating, to the chapel-like vaulted ceiling, functioning gas fireplace, hand-cut tiling, and décor that includes antique framed paintings hanging on exposed-brick walls.

It’s all a visual promise for the quality and creativity of the cocktails that will follow.

Open since February in Mountain Brook’s English Village, Key Circle Commons is the latest venture by Mauricio Papapietro, diversifying a portfolio that includes Brick and Tin restaurants in downtown Birmingham and nearby Mountain Brook Village. 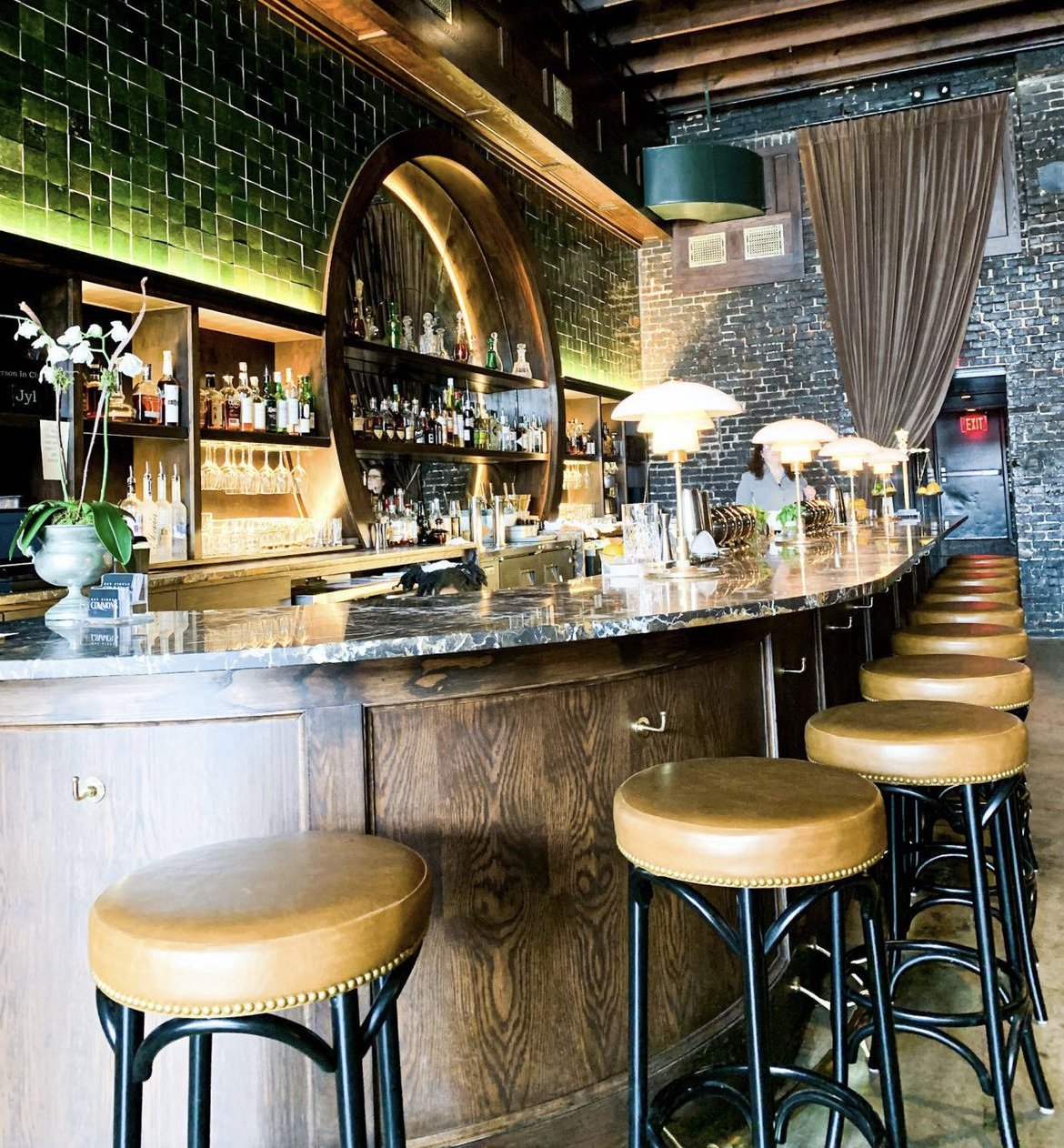 “A lot of obsessive thought went into every detail,” says Papapietro, who also lives in Mountain Brook. “I wanted a cozy cool bar with a lot of character – elegant and fancy but not snobby, professional but not stuffy.”

Behind the marble-topped bar, premium and small-batch spirits line shelves fronting a full-moon mirror. The drink menu mixes classics and creations by Patrick Campbell, who also started the cocktail program at Brick and Tin.

Named for a turnaround a few blocks up Cahaba Road from the bar, Key Circle Commons follows the ethos that built Brick and Tin’s following, serving scratch-made products made with premium and locally grown ingredients.

Campbell ticks off Alabama growers – Petals from the Past in Chilton County, Harvest Farms in Cullman, Snow’s Bend and Belle Meadow in Tuscaloosa, and Southern Organics in Columbiana – whose fruit, herbs, and vegetables feature in his cocktails.

“The produce available down here is out of this world,” says Campbell, who moved to Alabama from Oregon in 2018. “The tomatoes, strawberries – they’re the best I’ve ever had. It’s insane.”

“I’m getting apples here soon,” he says at the beginning of fall. “I do a drink called ‘The Orchard.’ I’ll juice the apples and add a little bit of yeast to ferment it, like cider. That will give it effervescence and make it a little drier, less sweet. I use Apple Jack (distilled cider), whiskey or a combination. It kinda tastes like apple juice.”

For the holidays, look for Campbell’s take on eggnog, in which he blends anejo tequila and sherry, going lighter than the standard on the cream, sugar, and eggs. He also makes a vegan version – no dairy or eggs.

“I love to do grog or wassail and have it going on an induction burner so when people walk in they smell those holiday spices,” he says. 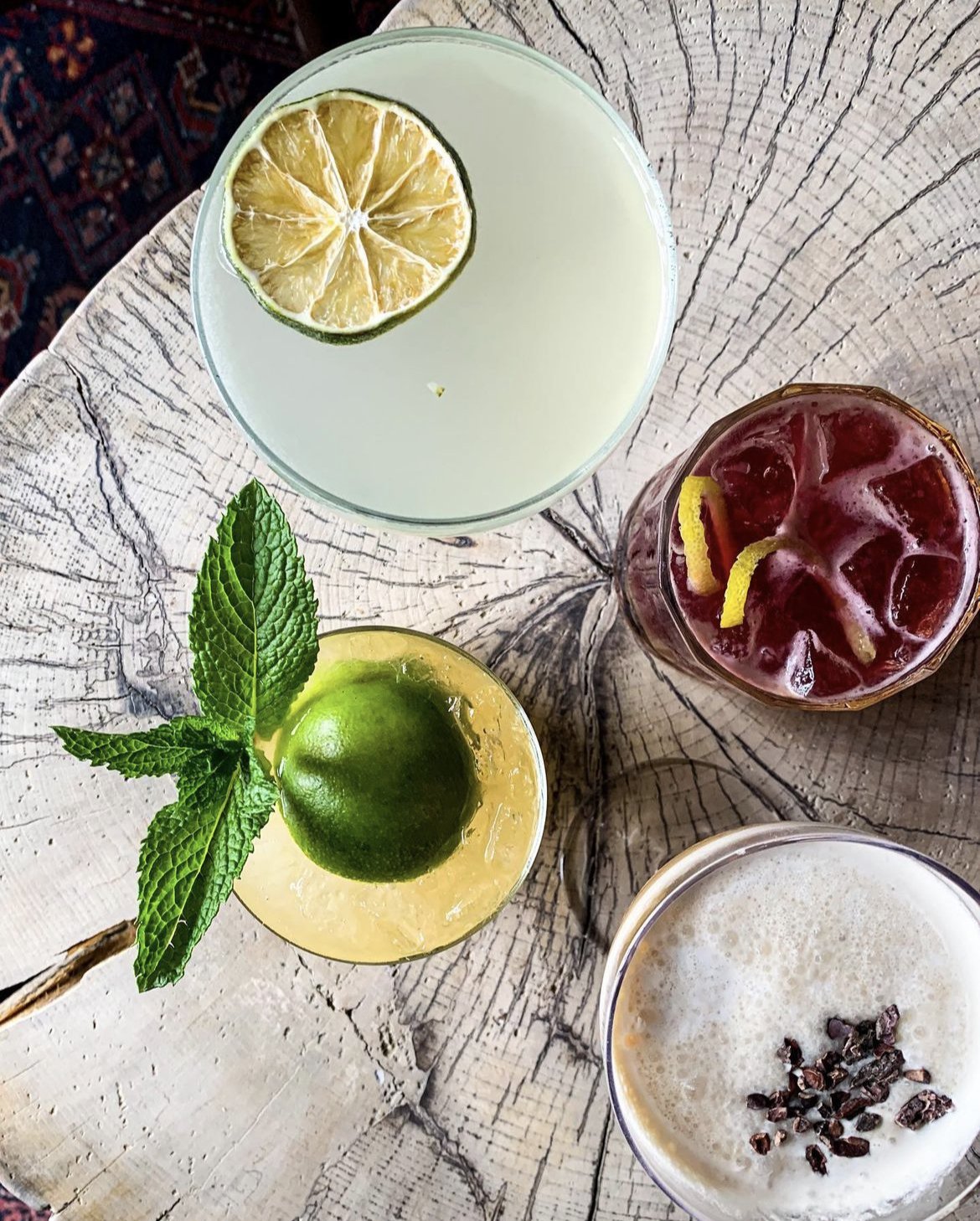 The formal cocktail menu is short – a half dozen each of signature ($15) and classic ($12) tipples. But the bartenders’ repertoires are vast. It’s one of those places you can trust that when you tell the people behind the bar what you prefer, they’ll help you discover new ways to appreciate it.

“I think people can get exactly what they want but maybe a little bit more, a little bit different,” Campbell says.

The food menu is simple but very drink-friendly. Key Circle doesn’t have a kitchen; baking and prep are done at the nearby Brick and Tin, and orders are assembled behind the bar.

Artisanal Cheese ($15) includes fermented curd from Vermont’s Jasper Hill and Sweetwater Dairy in Georgia. The preserves are from Blackberry Farms in Tennessee. The Charcuterie platter ($15) combines commercially made cured meats with terrines or pates made at Brick and Tin, along with its pickles and bread.

“We’ve aways been diehard about making everything from scratch at Brick and Tin,” Papapietro says. “But here we’re also finding the best artisanal products by small-batch producers who are passionate about what they do.”

“We could make chips,” Papapietro says. “But I don’t want to give that to my cooks to do. It’s hard to keep up with our demand. So, let’s find a high-quality chip that we believe in and serve it with a dip we make.” 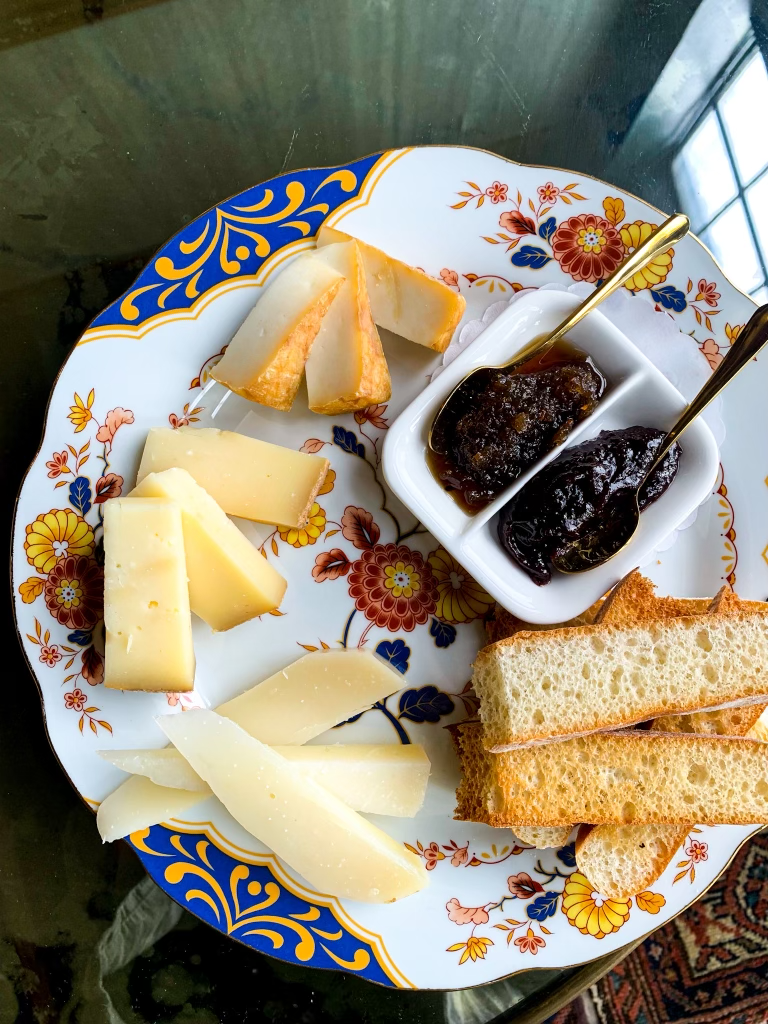 Finger foods like olives, and a rotation of desserts made at Brick and Tin round out the food offerings.

Papapietro, whose resume includes working for legendary Birmingham chefs Frank Stitt and Chris Hastings before opening his own restaurants, is bringing that degree of skill and sourcing to his new bar.