Mountain Grass Unit puts their own spin on bluegrass music

There is a special sound being produced in Birmingham, Alabama. The Mountain Grass Unit consists of three very talented young pickers who are making a name for themselves: Drury Anderson (mandolin/vocals), Luke Black (acoustic Guitar) and Sam Wilson (upright bass). The group has played music festivals, private functions, and multiple music venues, playing bluegrass tunes and adding a bluegrass touch to country, jazz, funk, rock, and even metal. They have opened for bands such as The Sam Bush Band and Kingfish. The fast pace picking and acoustic touch makes Mountain Grass Unit unique. With Luke Black and Sam Wilson on harmonies, the Mountain Grass Unit has established a firm foundation to take on not only the vocal harmonies of traditional bluegrass tunes, but also the freedom to adapt songs from various genres to an all-acoustic format. Aside from their original songs, all three are equally comfortable restyling a Tony Rice number, a classic Grateful Dead tune, or covering contemporary acoustic masters like Billy Strings. The youthful exuberance and energy they bring to the stage is always remarkable.  Their competency at what they do was best described by Birmingham music promoter Steve Masterson when the boys performed at his Acoustic Café festival: “They don’t just play good for their age, they play good. Period.”  We sat down with the band to learn more. 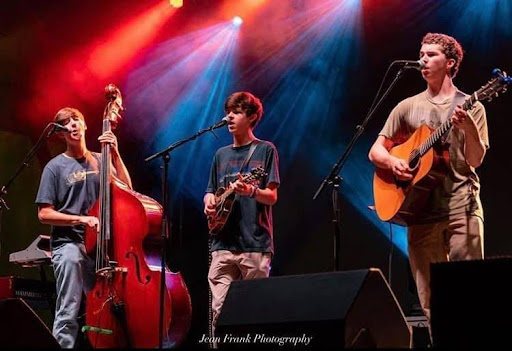 SoulGrown: For a group of young guys, you are incredibly talented and mesh well together. Tell us how you guys met and how you started Mountain Grass Unit?

Drury Anderson: Luke and I have always been pickin’ buddies. We both took lessons from Fretted Instruments in Homewood. At that time, Luke was playing banjo while I was playing mandolin. In the later years, as Luke learned electric guitar, we started a rock band with our bass player, Sam. Allen Tolbert caught Luke’s ear so much at the Acoustic Cafe in Hayden that he went up to Allen after the show asking him to teach him bluegrass guitar. Soon after that, I also took up mandolin from Allen. Luke reached out to Sam and suggested he learn upright bass. He borrowed an upright bass from a friend, learned a few tunes from Luke, and we were cooking.

SG: Who are some of your influences in the music world?

DA: Tony Rice, Grateful Dead, Billy Strings, Marcus King… the list goes on. I think the jamband/jamgrass genre is really what we are trying to tap into.

SG: I know you have historically been playing local gigs around Birmingham. What concert or event was a turning point for really getting your name out there?

DA: To be honest, it wasn’t an actual show. During COVID, we were trying to do what we could and did a series of livestreams on The Music Never Stopped Facebook page. We received hundreds of viewers from all over the country. That was an eye-opening event that helped us realize that we can reach larger audiences.

SG: You have played with and opened for some big name musicians. Who have been some of your favorites and how has it impacted you as a band?

DA: In 2019, we got the opportunity to open up for Sam Bush at Workplay. That night was so special. Just being able to hang out with those guys and understand what this world is all about was really special. The icing on the cake was having the banjo player, Scott Vestal, ask if he can hop up on stage with us for a tune. At this point, we were just starting out as a band, so this sort of thing really boosted our confidence with what we could do. 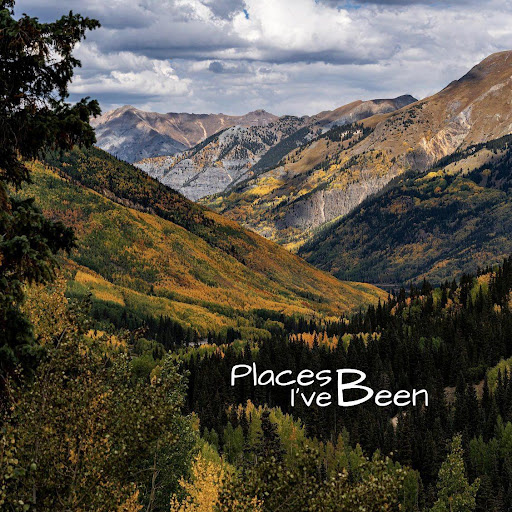 SG: What was your approach to creating your new album, “Places I’ve Been”?

DA: We wanted to go in with a more live feel this time. We tried to work up the songs well enough to where we could go in the studio and lay down what we would play onstage. As for the songs, we had songs that were written right before the session to songs that have been brewing for nearly four years. It’s really cool to finally see all these ideas together in one piece of work.

SG: Are you currently on tour? What has it been like to travel outside of your hometown and play around the Southeast?

DA: This summer has been a way of dipping our toe into the waters of touring. We have over 20 dates this summer in the Southeast. Right now, we have gone as north as Asheville, North Carolina and as south as Grayton Beach, Florida. The experience overall has been great. We have found that through social media, we have gained somewhat of a substantial fanbase in some of these cities. Being such good buddies, it just feels like a massive vacation.

SG: How can people listen to you and find your tour dates?

DA: You can find all of our information on our website. We have a few more dates in Nashville and Birmingham before our tour comes to an end. And you can listen to some of the songs from our new album here and here.