The Son of a Butcher, Birmingham’s new full-service meat, cheese, charcuterie, and seafood shop, is proof that necessity is the mother of invention.

The shop, which opened in early July, is the retail arm of Evans Meats, a Birmingham wholesaler that supplies many of the best restaurants in Alabama and nearby states.

The 23-year-old family-owned company was content to remain outside the public eye until the pandemic forced a pivot in its business model last year. Faced with a near complete collapse of its restaurant-supply business, it started selling its prime products directly to consumers, both at its plant and through pop-ups.

“It was a big, big part of saving Evans Meats,” says Addam Evans, a third-generation butcher and president of Evans Meats.

So, when the family business resumed its traditional wholesale role, The Son of a Butcher spun off to continue supplying its new found home-cook market for restaurant-quality meats and cheeses.

“Most everything in here is a representation of what we sell to the restaurants,” says Evans, who also is proprietor of the new market. “All meat is cut in-house. We’ve got a miniature version of Evans Meats in the back of the store.” 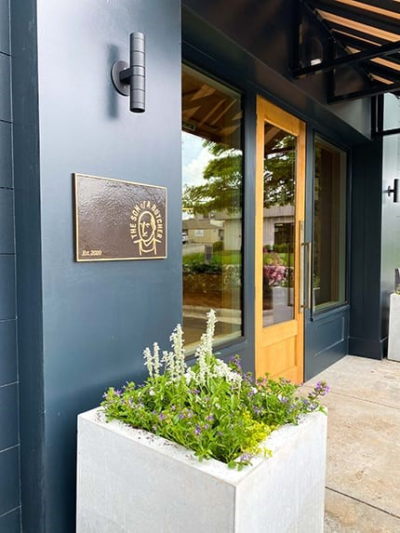 (The Son of a Butcher/Contributed)

The Son of a Butcher stocks top-grade beef, aging some for 21–30 days in a carefully controlled environment. The aging room is visible from the retail area.

Aging is part of what makes steakhouse beef so special. Just as it brings out distinct essences from cheese, wine, and whiskey, aging also magnifies flavors in beef. But because of its reduced moisture level, aged beef reaches doneness faster during cooking than a standard steak. 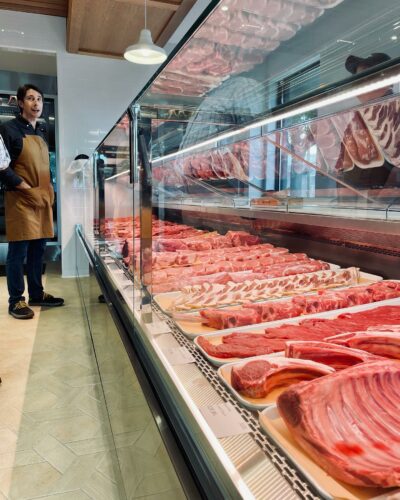 The Son of a Butcher also stocks heritage-breed pork, lamb, and chicken, including selectively-bred Poulet Rouge birds from North Carolina. “It’s one of the only chickens I’ve ever had that you can really taste the difference,” Evans says. “It has a little more complexity and richness in the flavor.”

Fresh sausages are made with trimmings from loins and other Duroc pork prepared for the butcher case. The shop’s “ground chuck” includes roughly 20 percent trimmings from ribeyes, strip loins, and other cuts.

But its extensive selection of seafood, cheese, and cured meats is what sets The Son of a Butcher apart from most meat shops.

Along with in-shell oysters, clams, mussels, and shrimp, it sells several varieties of fin fish, most from the Gulf. Finished products include caviar and Mississippi-made smoked tuna dip.

“I love fresh crab meat,” Evans says when asked his favorites to eat at home. “I love the scallops. Today I’m probably going to go with Gulf red snapper.” 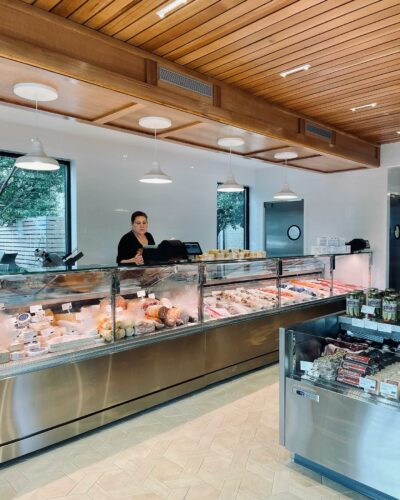 He also likes to nosh on cheeses, with one of the gourmet jams from the shop included on the board. When it comes to steak, the butcher’s son leans toward a dry-aged strip, seared just on the rare side of medium-rare.

“The selection is really strong,” Evans says. “They’re all unique and delicious.”

The Son of a Butcher is old school, but with modern gourmet sensibilities. It’s the kind of place that invites customers to browse, ask about the provenance or qualities of this or that, and get good advice on how to prepare their choice.

“We’re trying to create a unique brand where you can come in and take some things home to have fun with,” Evans says. “Whether you’re putting together a cheese plate, you want to cook some fish you’ve never had before, or trying out dry-aged beef, we want you to have fun with it.”