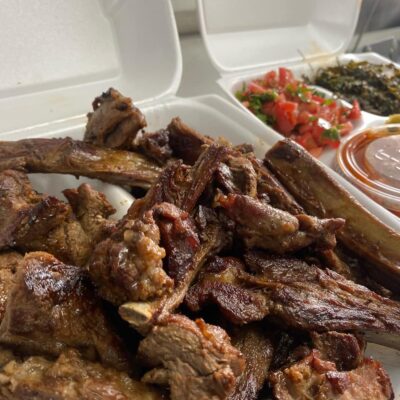 David Kimani is intrigued by what people order after he parks the Sahani food truck at a Birmingham-area brewery or beer bar and opens for business.

Do they stick with something familiar like a Philly cheesesteak or plunge into the Kenyan food that is Sahani’s specialty? And if they go for the latter, is it the grilled lamb called Nyama Choma, or the stewed tripe, Matumbo?

“We normally sell out of Nyama Choma because people are interested in trying something new,” says Kimani, who was born outside of the Kenyan capital of Nairobi but grew up mostly in Hoover after his family emigrated in 2002 to ensure the children got good education.

It turns out that the tripe (the edible muscle lining of an animal’s stomach) is a relatively easy sell too, the University of Alabama graduate says. At least, after customers get over any “ick” factor.

“It is so rich and flavorful, really good,” Kimani says. “When people first hear tripe, they’re like, ‘ugh.’ We give them samples—‘Here, try this.’ And they say, ‘Yeah, let me get that.’”

Kenyan cooking blends elements of east African and Indian cuisines, with some European influences. Kenyan samosas, for example, derive from the popular Indian potato-and-pea pastry but have different fillings and flavors. 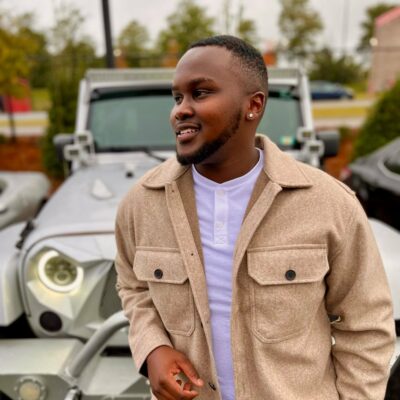 Sahani’s samosas, folded into triangles, combine ground beef that’s fragrant from warm spices like cinnamon and ginger, with a little crunch from minced cilantro and onion.

Longtime fans of east African food may recall Rafiki’s restaurant in Birmingham, which was open from 2014–2017.  Sahani food truck, operated by Kimani and his older brother Collins Ngure, cooks up similar flavors.

Nyama Choma ($20) is the truck’s best-seller. Akin to Southern barbecued meat, Sahani’s version is prepped by marinating lamb and slowly cooking it over charcoal. Servings are crisped to order on a griddle.

The dish is an umami bomb—salty, savory, and herbal with lemon adding brightness and tartness. Traditionally it’s made with goat, but the brothers behind Sahani switched to lamb after deciding it worked better on their truck.

One of the sides, Kenyan stewed kale and collard greens called Sukuma Wiki, is instantly familiar to fans of traditional Southern fare. Another accompaniment, Kachumbari, is a salsa of diced tomatoes, peppers, and onions. 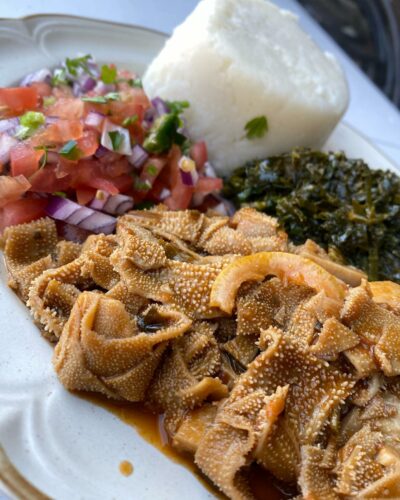 Simmered in a sauce featuring tomato and bell pepper, Matumbo ($20) has a pleasantly peppery undercurrent. Yes, it can be funky and occasionally chewy, but it’s easy to see why the stew is considered comfort food.

Eat matumbo with ugali, a mound of thickened boiled cornmeal that acts as both starch and spoon. Break off a small ball, press an indentation into it with the thumb, and use that to scoop the stew.

The Kenyan part of their menu is the food the brothers grew up eating, both in Kenya and in Hoover. Their dad would make samosas for the family’s breakfast. Ugali and sukuma greens were supper standards; special occasions called for grilled goat or lamb.

But the rest of Sahani’s menu—the aforementioned cheesesteak sandwich, wings, and either quesadilla or loaded fries with a choice of meat ($12-$15)—are inspired by Americanized food that David would cook after school for family meals while his parents were at work.

The recent acquisition of a small kitchen allows the family business to expand into catering. That operation already is building fans, especially among an ex-pat community that’s large enough to support four Kenyan churches in town (nearly 86 percent of Kenya’s population is Christian).

Sahani’s kitchen, open for lunch and dinner daily except Mondays, provides an outlet for to-go and call-in orders, even when weather grounds the truck. Keep up with the truck’s location on its social media (@sahanibham).

Sahani proves that eating adventurously can be most rewarding. That’s why David and Collins are so glad to see their customers and fellow Alabamians increasingly turn to the Kenyan part of their menu.

“A lot of my friends come here,” David says. “It’s interesting when I see them get Matumbo.”