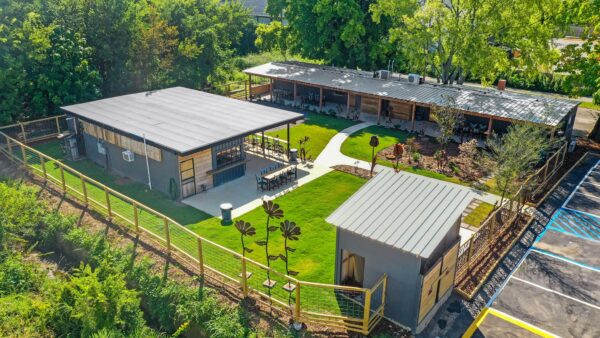 When Elysian Gardens opens in Avondale this fall, it will be the culmination of a 10-year dream for Birmingham’s William Colburn. The idea to open a garden center or sculpture park had been swirling in the professional metal sculptor’s mind for several years when he connected with Lucy and Jimmy Buffet in Fairhope, where he formerly lived.

“I lived down the street from Lucy Buffet, and I got to meet Jimmy Buffet,” he says. “He basically said ‘You should open a bar and use it as a sculpture park.’ He joked that he felt like he makes more money off alcohol than he does singing.”

The idea got Colburn thinking, and when he moved back to his hometown of Birmingham in 2015, he got to work turning the concept into reality. He purchased a plot of land off Avondale’s main stretch near 41st Street Pub and Saturn, which was newly opened. The plan was to create a multifaceted community gathering space that brought together the arts, food, and drink. Though Colburn’s vision for the project was clear, challenges and complications with building permits and construction stalled his progress for years. 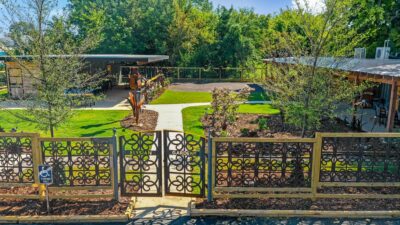 “It was starting to seem like a project that would never end,” Colburn remembers. “About the time I was ready to give up, [city revitalization nonprofit] REV Bham called and said they heard I had a great idea. We sat down and talked about it, and they said, ‘We’re going to help you get this done.’”

After winning REV’s Big Pitch small business competition in 2019 and earning a grant to fund more of the project, Colburn got back to work. During the COVD-19 pandemic in 2020, he began construction. A few years later, Elysian Gardens is nearly ready to open to the public. The space consists of a sculpture park surrounded by small buildings made from shipping containers. On one side of the park, two containers create a bar. On the other, two more hold small restaurant pods.

While Colburn has jumpstarted Elysian Gardens with several of his giant whimsical metal sculptures, he hopes the space will be a place where artists—whether local, regional, or national—can show off their talent. He plans to create a stage for live music and performing arts and invite other visual artists to show their work in the space. The restaurant spaces broaden Elysian Gardens’ scope to include culinary artists. 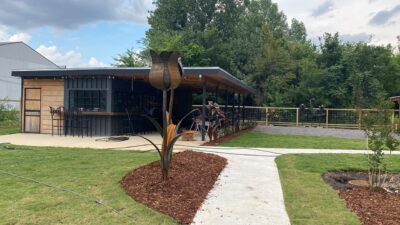 “We saw that as wanting to foster new chefs,” he says. “We wanted to see people who have a food truck maybe and want to try to move into their first space, start here.”

Currently, one of the two restaurant spaces is filled by the BBQ Box, a spin on classic Southern barbecue. The other is still awaiting a tenant. “We saw it as more of a community garden,” he says. “We want it to be open so people can come and do whatever there.”

From yoga classes and drum circles to pop-up art shows, Colburn hopes there will always be something buzzing at Elysian Gardens. And he’s excited to contribute to the city that raised him through the venture. He plans to donate a portion of the profits to Birmingham City Schools art departments and get Woodlawn High School students to help conceptualize and paint a mural on the property.

Though he has sculptures all over the country—including a couple hundred at Barber Motorsports, a few in the city of Miami, and one on Robert Redford’s ranch—he’s most proud to show them at this space created for the community he grew up in.