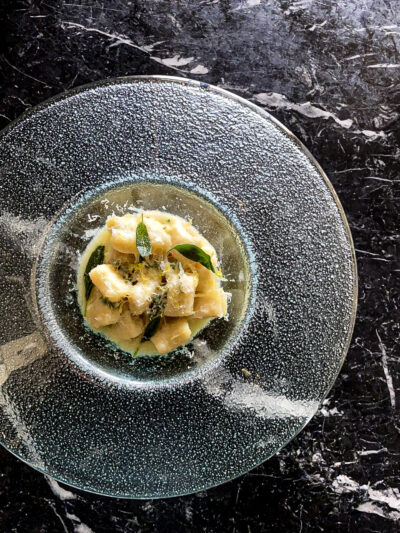 Eric Rivera has a vision for an evening at Ravello Ristorante, the gourmet Italian restaurant that opens next month in the refurbished City Fed building in downtown Montgomery.

It starts with light plates of crudo and appetizers washed down with Italian wine, then moves to a few shared small-plate pastas before the table collectively devours a mammoth porterhouse steak. A round of house-made Limoncellos accompanies dessert. Then they repair to the rooftop bar, drinking in the view down Commerce Street.

Ravello is named for a town on the scenic Amalfi Coast in southern Italy, which also inspires the food that Rivera’s kitchen will serve when the much-anticipated eatery and event space opens.

“Simplicity, lightness, freshness,” Rivera says, ticking off the attributes of Ravello’s menu. “We’re trying to give the essence of the Amalfi Coast. Lots of seafood. The pastas are very light in sauce, with fresh tomatoes, basil, parsley, different herbs.”

Ravello is the latest project for Vintage Hospitality Group, which also owns Vintage Year restaurant and Vintage Café in Montgomery’s Old Cloverdale neighborhood. Jud Blount is the proprietor and Rivera is the group’s executive chef.

The new restaurant, with an open kitchen and a special chef’s table, will be in the ornate City Fed building on Commerce Street. Asked to describe the setting, Rivera says, “Think Great Gatsby. It’s very regal, 1920s. When you walk in you feel transported to another place.” 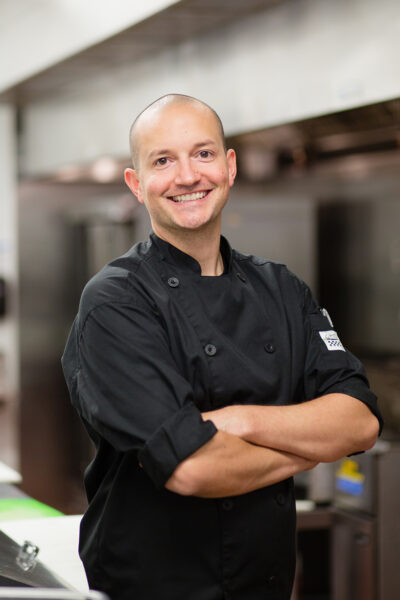 Tables in an adjoining courtyard also will have a view of the kitchen though a glass partition. The third part of the complex includes a ballroom, meeting space, and access to the rooftop bar.

The kitchen makes all of its pasta—long noodles, molded constructs like ravioli, and differently-shaped cut creations. It butchers its own meat and processes ultra-fresh whole Gulf fish, delivered direct from the boat.

“We get reports of what’s coming in from the Gulf before it even lands at the docks,” Rivera says.

Those kinds of things are expected at a high-end restaurant. But Ravello goes beyond, serving its own lettuces, herbs, and specialty produce grown hydroponically in two converted shipping containers set behind Vintage Year. The offshoot, called MGM Greens, is the equivalent of a half-acre of farmland.

You’ll find something else pleasantly different at Ravello: When the boats hit the dock, Rivera doesn’t just buy the most popular fin fish like snapper and grouper. He also buys the bycatch, presenting it in crudos and center-of-plate entrees; their bones flavor seafood stocks and sauces.

“We’re really big into seafood sustainability,” the chef says. “We wear that as a badge of pride.”

It might be an invasive species like lion fish, or a lesser-known ocean-dweller like golden tile or sand tile. “Our guests are, like, I’ve never had that fish,” Rivera says. “Then they try it, and may even like it better than the traditional grouper or snapper.”

The lemon-kissed cuisine of Ravello and other towns overlooking the Amalfi Coast will be well-represented, including old-fashioned ricotta gnocchi, called ndunderi, from the town of Maiori. 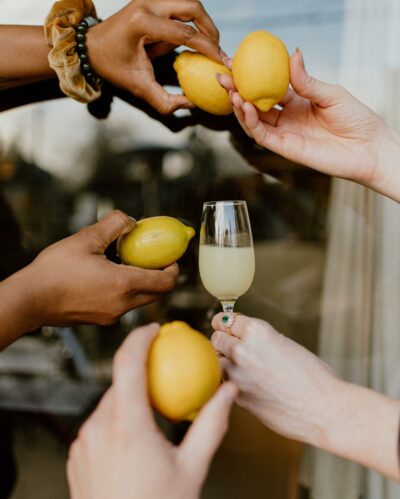 But also look for dishes representing the diverse flavors of other Italian regions, such as risotto with porcini mushroom from the north, cacio e pepe from Rome, and grilled fresh sardines like those from Sicily in the south.

One aspect of dining in Amalfi is sharing plates among the table, a practice Rivera recommends at Ravello.

“It brings everybody closer together,” he says. “When we visited the Amalfi coast, we’d get two or three appetizers, share some pastas, maybe a pizza or two, and perhaps get a fish or something like that.”

The Colorado native worked in a variety of restaurants in his home state, including high-end steakhouses in Colorado Springs and Denver, and an Italian-style wine bar and pizzeria there.

After moving to Birmingham, he helped open Todd English P.U.B. in 2013, and later was executive chef over Westin Birmingham’s hotel’s food operations. He oversaw food service in the Redmont Hotel when it was renovated in 2016 before moving to Montgomery to join Vintage Hospitality Group.

His wife, Alyssa—they met when both worked at the Westin—is events and catering coordinator for Vintage Hospitality.

The original plan to open Ravello in early 2020 was derailed by the pandemic.

“The state of the world changed so we had to pivot,” Rivera says. “We’re very fortunate that we had some great distributors who ensured we got our equipment before all the prices went up and lead times started running very long. Some of the equipment we bought is now on 52- or 54-week lead times.”

Open for dinner first and eventually lunch, Ravello is designed to fill a niche for fine dining built around Italian food and drinks.

“For me it brings us back to our roots of simple cooking, clean cooking,” he says. “There are a lot of meat-and-threes here—a lot of heavy cooking. I just absolutely love the simplicity of Italian food and the freshness of it. We were missing it here.”