After a long hard climb, Oak Mountain Brewing Co. finally will live up to its name. Clay Baldwin, the head brewer, will soon make the first batches of the Pelham brewpub’s four flagship beers, and they should be ready to drink in early June, says owner Pete Genereux.

Original plans called for opening last spring as a brewery with a taproom. But then 2020 happened, slowing the build-out to a months-long crawl. Still lacking some of the equipment and the permits to make its own beer, Oak Mountain opened anyway on Jan. 22. But so far, its 24 taps only have dispensed beers from other craft breweries. 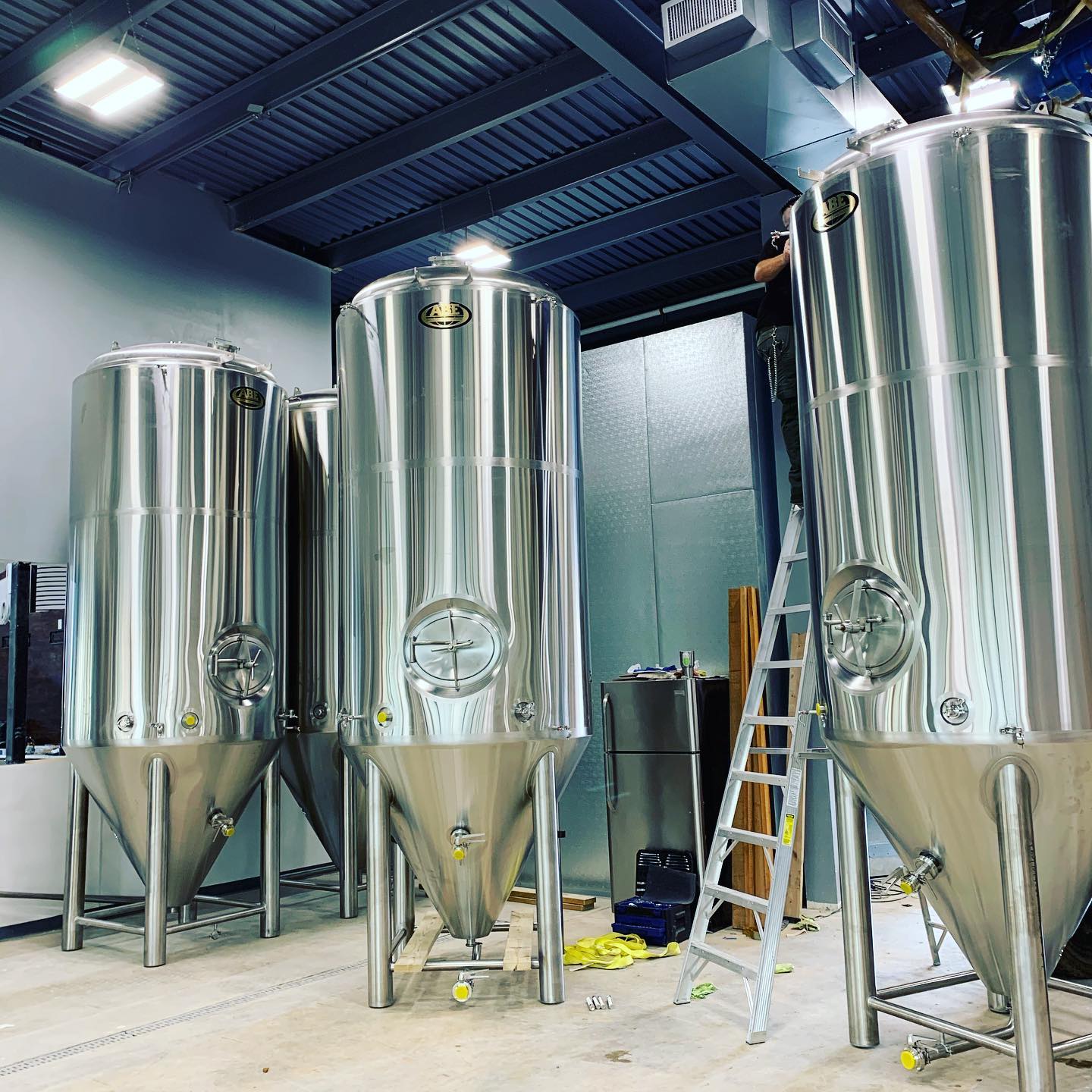 A spacious main area with a 20-foot ceiling seats more than 100 people, and includes a stage for live performances (held Fridays and Saturdays) and garage doors to open during good weather. Its L-shaped patio, which is dog-friendly, accommodates 50 more.

The mezzanine, which can seat nearly 70, features a separate bar with 10 taps. It’s used for overflow at peak times and is available to rent as an event space.

When its own beer starts flowing, the brewpub will serve four core brews — pilsner lager, blond ale, IPA, and kettle sour ale — and rotate in and out eight specialty or one-off brews. The remaining 12 taps at the main bar will serve “guest” beers from other breweries. Canned and bottled beers also are available, as is wine.

The brewpub is strategically located at the corner of U.S. 31 and AL 119, down the street from Oak Mountain Amphitheatre, Oak Mountain State Park, and the Pelham Civic Complex, home ice for the Birmingham Bulls hockey team.

“All these breweries kept opening up downtown and it seemed like Shelby County and this area were underserved,” Genereux says. “A lot of people on this side of town like to go to breweries and like craft beer but don’t necessarily want to drive to downtown Birmingham just to go to a brewery.” 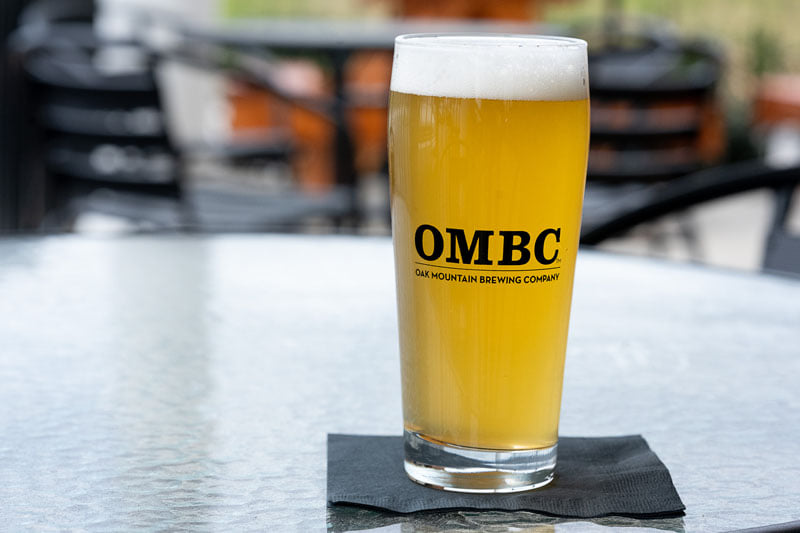 Oak Mountain has relied so far on food trucks, which sell their hot dogs, po’boys, tacos, pizza, fish and chips, or other fare Thursdays through Sundays. The brewpub plans to continue hosting them even after its in-house kitchen opens, offering salads, sandwiches, quesadillas and desserts.

Thursday night trivia contests double as benefits for local charities like the Shelby Humane Society and the Kidney Foundation.

With a dozen taps to fill, Baldwin has plenty of freedom to explore different types of brews or interpret variations on the same style. “Clay has good relationships with several other breweries around the state,” Genereux says. “Down the road we’re looking to do collaborations.”

After struggling to open, Oak Mountain Brewing is ready to find its plateau. “It’s been a lot of hard work,” Genereux says. “We get the question all the time when’s our beer going to be ready. But people seem happy to be here anyway.”