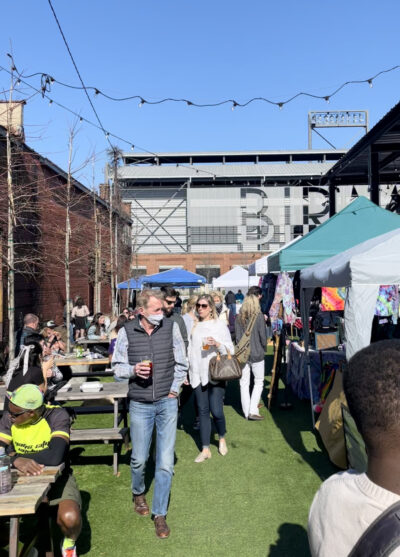 A Birmingham-based redevelopment firm is taking its next step toward creating a community gathering spot for fitness, fun, and food in the Magic City’s Parkside District.

Orchestra Partners is beginning to lease spaces in the first phase of the Urban Supply buildout, which will combine offices, retail, and a pedestrian area near the 19-acre Railroad Park, Regions Field, and Good People brewery.

Urban Supply centers on “The Aisle,” an alleyway between First and Second avenues south that is converting to pedestrian use, says Phil Amthor, a development associate at Orchestra Partners.

It will be lined with shops, places to eat and drink including food trucks, and weekend markets featuring artisans and farmers. Electrical hookups will eliminate the need for the mobile food dispensaries to rely on noisy generators.

Flexibility is the cornerstone of the development, Amthor says. But the emphasis will be on local entrepreneurs.

“We can make really small spaces for vendors who just sell crafts on weekends, or large spaces for restaurants and folks who want a bigger footprint,” he says. “It’s really a business opportunity for anybody in food, beverage, entertainment, and retail.” 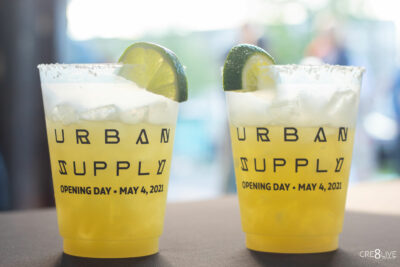 The first phase is between 14th and 13th streets. Work on the next phase, which will extend The Aisle to 12th Street, is expected to begin by fall. Projected completion date is the summer of 2022, Amthor says.

The Aisle also will join a planned downtown urban trail system that will run into the city center from the Sloss Furnaces National Landmark. Urban Supply will anchor the west end.

Orchestra Partners held several events during the spring to introduce the nascent Urban Supply development, including a recurring event called Grub on the Lot that featured vendors and food trucks.

The area was all but a dead zone before Railroad Park opened in the fall of 2010. Good People also moved its brewery there that year, and opened its popular taproom the next year. Regions Park, which opened in 2013, brought the Birmingham Barons minor league baseball team—and fans—back downtown. 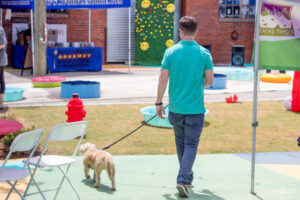 Restaurants and other venues have followed. More than 1,000 residential units have been built in Parkside in the last couple of years, with hundreds more in the works. Now it’s one the city’s hottest areas for development.

“We’re transforming these historic buildings, updating them, and creating a platform for our local entrepreneurial community,” Amthor says. “We’re creating a living room for the Parkside District.”