When you fish for red snapper off the Alabama coast, the work is hard but the rewards are delicious. With a limited window for catching them, eating just-caught snapper at home or in a restaurant is a culinary celebration.

Red snapper season starts at midnight on May 28 in some waters off Alabama’s Gulf coast, and is expected to last until early August. Orange Beach and Gulf Shores, with abundant artificial reefs providing fish habitat and food, are considered some of the best snapper fishing grounds in the Gulf.

Fishing is limited by state and federal conservation officials in an effort to help once-overfished snapper population recover. Although an overall limit for public and commercial catches has not been set officially, it’s expected to be near last year’s quota of 1,122,622 pounds, state conservation officials say.

Last year’s snapper season lasted roughly two months. This year, instead of setting an end date—and then granting extensions if the catch remains below the official quota—the state is trying out an open-ended season. 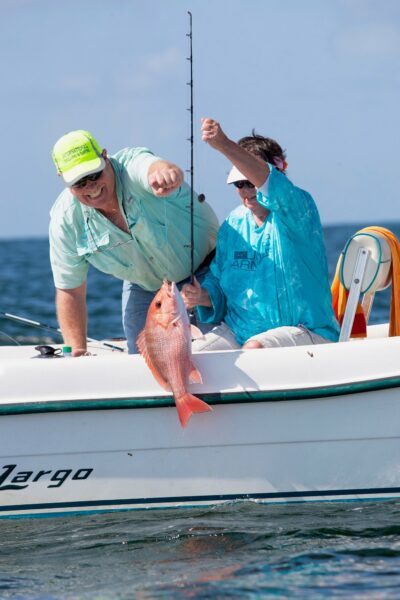 Anglers must record their catches with Snapper Check, a reporting system. When the total closes in on the official quota, the state Department of Conservation and Natural Resources will set an end date.

Snapper fishing in state regulated waters, which extend nine miles from the shore, will be allowed only Fridays through Mondays starting May 28. Keepers must be at least 16 inches long, and the catch limit is two snappers per person.

Commercial fishing in federally regulated waters beyond the 9-mile line starts at midnight on June 1. Red snapper charters and licensed fishing expeditions will be allowed for 63 days, through August 3.

An Alabama saltwater fishing license is required for anglers over age 16, and other documents may be required. Catches must be reported to Snapper Check before the fish leaves the boat.

The key to snapper fishing, experts say, is to find the artificial reefs where the bottom-dwelling fish live and prefer to eat. Catch them with live bait like small fish or squid.

Be patient. They are picky eaters and can be difficult to hook. Some fishers attract hungry snappers by chumming the water near the boat.

And when you hook one, be ready for a long fight. They don’t give up easily.

Once caught, scaled, and carefully gutted, the fish can be left whole or cut into filets for cooking. Figure about one pound of whole fish or six to eight ounces of skin-on filet per person (the skin is important because it helps maintain moisture during cooking).

Snapper goes great with the flavors of lemon and fresh herbs like rosemary or thyme. It adores garlic, too.

Fairly versatile, the fish can be baked, roasted, pan seared, or fried. Cook it hot—400-450 degrees in the oven, or medium to medium-high on the stove.

It’s finished when the internal temperature reaches 145 degrees. Pan-fried filets should be cooked four to five minutes per side. In the oven, baking time is roughly 15 minutes for filets, and 18-20 minutes whole.

If preparing whole fish, score the sides with a sharp knife, which helps flavor the meat and keep the fish flat instead of curling. Season generously with salt, pepper, garlic, and herbs and brush with oil.

At the table, let everyone dig in to the upper side of the snapper. Once it’s picked clean, the skeleton can easily be removed, making the other side accessible. Don’t overlook the head as a source of tasty meat, especially the collar and cheeks. Eating the eyes, however, is a taste some do not wish to acquire. 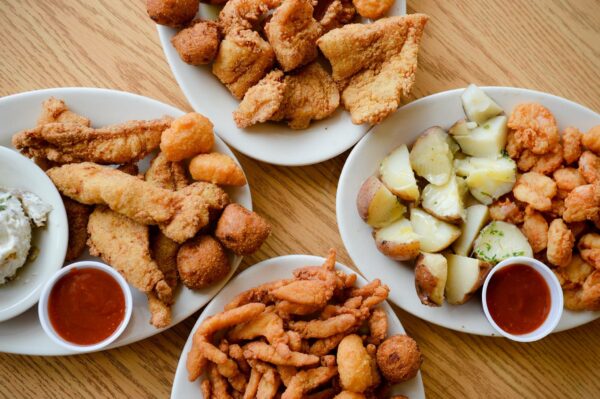 If you’re not feeling DIY, several coastal restaurants will handle your handiwork.

“You catch ’em we’ll cook ’em,” promises Mikee’s Seafood in Gulf Shores, which serves your fish with hushpuppies, corn fritters, and a side for $17.99. Other hook-and-cooks include Fresh off the Boat and Doc’ Seafood Shack and Oyster Bar, both in Orange Beach.

During snapper season, folks at the beach are fond of the catch-of-the-day snapper at Big Fish in Orange Beach or King Neptune’s Seafood Restaurant in Gulf Shores. Try it blackened at Original Oyster House in Gulf Shores.

Whether cooking it yourself or dining out, the best way to enjoy fish is when it’s ultra-fresh. That’s why summer is so special for snapper lovers.