Chris Joe’s Birmingham restaurant roots run deep. In 1919, his family moved to the city from Canton, China and opened Joy Young Chinese and American Restaurant. The restaurant remained a staple in the city with locations in downtown Birmingham, at the Brookwood Mall, and beyond for the next 70 years. The last Joy Young restaurant closed in the 1990s.

Now, more than two decades later, Joe is relighting his family’s restaurant torch with a new mobile food concept called Rickshaw. The trailer began popping up around the Magic City in August. After 30 years in the industry—starting with dishwashing at his family’s restaurant, then working as a cook at some of the city’s most iconic restaurants including Bombay Café, Veranda, Ocean, Café Dupont, and most recently for the Gianmarco restaurants—Joe says Rickshaw has been a long time coming. 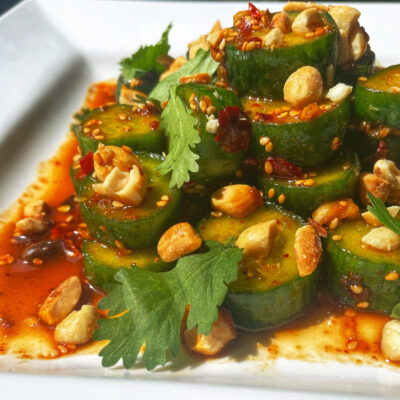 “I have always wanted to cook my own food on my terms,” he says. “I feel with a mobile food business I can reach out to those who may not have experienced the food I love so much. I have always been obsessed with Asian food and that is where I feel my heart is. It’s in my blood!”

During the COVID-19 pandemic, Joe took a hiatus from cooking professionally. But that didn’t last long because the idea for Rickshaw came shortly after. With the new food trailer, Joe plans to introduce street food from countries across Asia to the city. 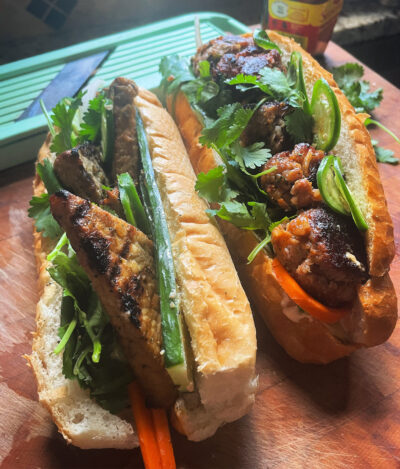 “I have a million things I want to put on the menu in the future,” Joe says. “But it’s growing and changing as I find my groove. Expect the menu to be seasonal and spontaneous with a few staples.”

One of Rickshaw’s first specials was a Szechuan Cumin Lamb Burger ($17) served with furikake fries. Another innovative offering is the Elote Style Korean Cheese Corn Dip ($10), a fusion of the iconic cheesy corn Korean bar snack and Mexican elote. The dip is served with flour chicharrons.

In the short time Rickshaw has been open, it’s already made an impression around town. Joe says customers are loving the food and the news is spreading quickly via word of mouth. Despite the success, Joe says a brick and mortar isn’t the end goal.

Says Joe, “I love the freedom of a mobile business to reach out to different neighborhoods in the city.”