Spend St. Patrick’s Day at one of these Alabama Irish pubs 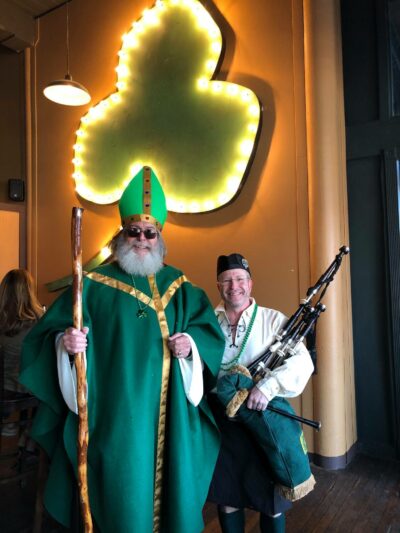 The day that commemorates the man credited with bringing Christianity to Ireland officially is March 17, a Thursday this year. Birmingham will hold its annual St. Patrick’s parade on Saturday, March 19. Street parties also are planned in Mobile and Gadsden that day.

St. Patrick’s Day actually is a made-in-America celebration that spread throughout the Christian world—even eventually to Ireland, according to History.com.

For centuries in Ireland, St. Patrick’s Day was a sober, religious observance. History.com says pubs even stayed closed on that day until the 1960s. Dublin’s official festival, which attracted up to 1 million people pre-pandemic, didn’t begin until 1996.

Eating corned beef on that day is another American adaptation. Corned beef—salted to preserve the meat for long sea voyages and sold for a penny a pound by ships returning to U.S. ports—was the most affordable meat that struggling immigrants could find in the U.S.

But why should facts get in the way of a good party?

Drinking beer that’s been dyed green is a personal decision. But Ireland’s most famous export, Guinness Stout, is the ultimate party beer. It may look like motor oil, but looks can be deceiving. The brew is a mere 4.2 percent alcohol, and the nitrogen used to dispense a pint helps lighten its body.

Now, about that Irish Car Bomb. A shot glass of Jameson Irish Whiskey and Bailey’s Irish Cream submerged in a half-pint of Guinness Stout, it, too, is an American invention. It’s said to be named for the explosive effect when the shot glass hits the beer, according to Eater.com.

They combo is staggeringly popular. But perhaps the association with real bombings that plagued Ireland, including a deadly 1972 multi-pronged attack in Belfast by the provisional wing of the Irish Republican Army (IRA, it turns out, was the original name for the drink), occasions a new moniker.

Regardless of how you celebrate, here are 7 places around Alabama to get your Irish on for St. Patrick’s Day this year. A toast to your health – Slainte! 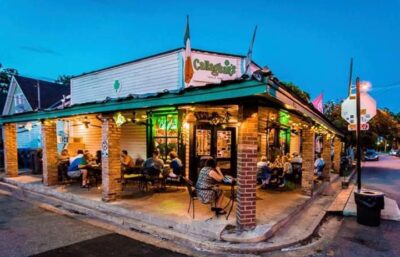 Open since 1946, Callaghan’s this year has scheduled bands and other merriment on both St. Patrick’s Day and on the following Saturday at a street party (which returns this month after a one-year hiatus). Some dishes on the menu are more Irish-themed (Irish Dip sandwich, anyone?). But hey, you need something to anchor the drinks.

Andy Harp, an appropriately named entrepreneur, and Brett Jenkins opened the Irish pub and restaurant in a century-old building in downtown Gadsden. Harp and Clover will serve special beer and cocktails at its indoor and outdoor “hydration stations” for Gadsden’s pub-crawl celebration on March 19. In addition to its upscale takes on Irish classics on its regular menu, Harp and Clover plans to offer special hand-held pub snacks for the Patty party. 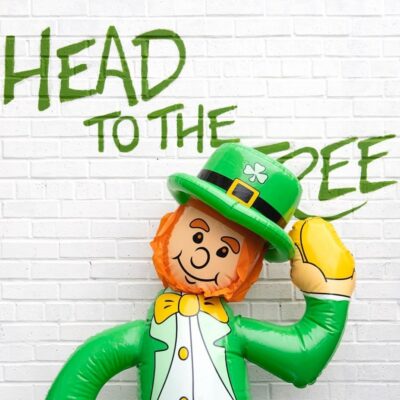 It’s “24 Hours of Madness” at Innisfree, starting at 6 a.m. with “Eggs and Kegs;” music and drink specials will follow through to the wee hours. The menu includes Shepherd’s Pie and burgers named for Irish authors and poets, including James Joyce, George Bernard Shaw, and William Yeats.

To find the self-styled “place where friends meet,” look for the sign with a red-clad leprechaun playing a fiddle. The menu includes boxty, an Irish potato pancake, and corned beef hash. Several dishes, including shrimp and grits, ribeye steak, shepherd’s pie, and beef stew are made with Guinness Stout.

Toss some darts and drink some beer or Irish whiskey. Huntsville holds its parade on the Saturday before St. Patty’s, but on the day itself, enjoy some Irish classics like bangers (Irish sausages), soda bread, a bowl of Guinness Irish stew, or get punny and order a Patty Melt. The bar dispenses nearly four dozen beers. 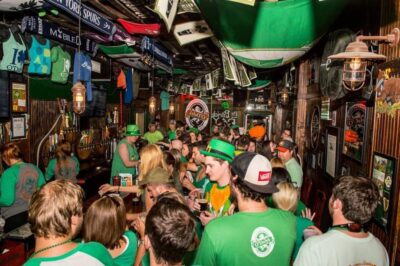 The downtown Mobile establishment specializes in the above-mentioned drink that combines Irish whiskey, Irish cream and stout beer (always $4). But you’ll find an assortment of Irish whiskeys as well as Guinness regular and milk stouts, Smithwick’s red ale, and a coffee milk stout from Hi-Wire Brewing in North Carolina. Its main St. Patrick’s Day party was the weekend before. But they’ll probably save a bit for March 17.

The St. Patrick’s celebration at McSharry’s is too big to confine to mid-March. Green beer starts flowing the weekend before, leading up to a party that starts late morning on St. Patrick’s Day featuring bands and Guinness stew. The owner, Ronan McSharry is from Ireland (Sligo, a historic bayside town to the northwest), and his pub also is a showcase for traditional Irish music on Sunday evenings. The mashed potato in the Shepherd’s Pie is house-made and the batter for Fish and Chips is made with Guinness and Smithwick’s red ale.