The Old 280 Boogie is celebrating its 20th anniversary this weekend

It’s the 20th anniversary of the Old 280 Boogie, which might be the most unlikely music festival held twice a year in the tiny town of Waverly, Alabama. This year’s three-day event will be April 16–18, 2021.

The festival celebrates the rerouting of U.S. Highway 280, which saved the town of about 100 people from becoming obsolete in 2001.

Not quite three square miles, Waverly is located a short drive from Auburn and Lake Martin, says Scott Peek, owner of Standard Deluxe, a design and print shop.

“The 20th Anniversary of the Boogie has been rescheduled twice,” Peek says explaining that it’s been a hard year with T-shirt sales in a slump due to the pandemic and live music on hiatus.

“I’m excited we’re still here,” Peek says. “We’re ready to celebrate. Tons of bands have come through here over the years—some great talent has been on our stage and many of them have gone on to get a lot bigger. It’s a memorable thing!”

Thinking back through 20 years of shows, Peek recalls one of his favorites being the late trumpeter Charles Bradley and describing it as “really cool—one of the biggest shows we’ve had.”

While the first Old 280 Boogie was held in 2001, Peek says he hosted his first music show in Waverly in 1994 in a shed on the property with a potluck dinner and bonfire blazing.

“We’re unconventional to say the least,” Peek says of his music venue. “Since those early days, we’ve really built it out and concentrated on making a safe and fun environment.”

Judging by the die-hard Boogie fans who come year in and year out, he has succeeded in creating an experience like none other.

“We have people who have been coming all along and now they bring their college-aged kids with them,” Peek says. “It’s a cool timelapse. It’s like a reunion of sorts. People who have moved away and year meet up with friends here each year. It’s great to be a part of that.”

This year’s Old 280 Boogie will have reduced attendance for health and safety precautions.

Covid-19 precautions include wearing a mask through the gate and while walking around the grounds. Attendees will also be asked to stay in their personal group of people, six feet apart from other groups.

This year’s line-up features four bands plus a DJ and emcee to fill in the gaps between bands. 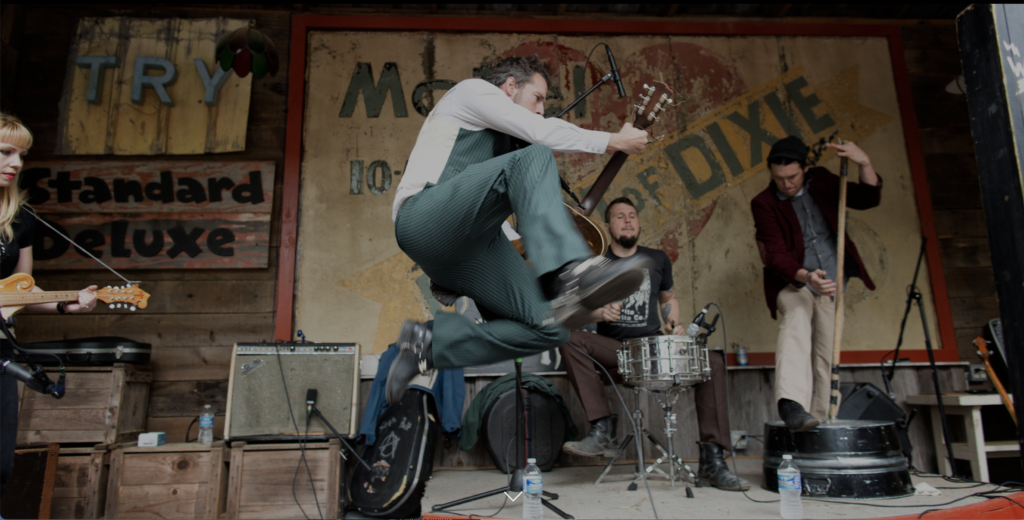 “We only have four bands this year, so hopefully each band will play a little longer set,” he says. Peek previewed the lineup saying “Jimbo Mathus hasn’t played here before. Lillie Mae, a great artist out of Nashville, is also a first-time act. Cedric Burnside has played Boogie before and The Pine Hill Haints have played every Boogie except for one.”

With reduced attendance for the 20th Anniversary show, a ticket to this year’s Old 280 Boogie is hard to come by but Peek says more shows are in the works for later this spring and summer.

“We have a bunch of dates coming up in May and June—check our site for the latest schedule and ticket information,” Peek says. The other big thing that our supporters are anticipating is the opening of our café in May or June at Standard Deluxe. In the past we’ve hosted chefs for special dinners that have been well received. The new café will be open on the weekends—it’s called the Heart of Waverly Café.”

A music festival in a small Alabama town hosted by a T-shirt guy is celebrating 20 years—an unlikely success story to be sure. But Peek sums it up like this: “My dad is a retired band and choir director and my mom is artistic. So I did the art thing with my T-shirt business and the bands I book and host is my tie in to the music.”